Adrienne Rich was an American poet and essayist. She identified as a feminist. She was once described as, “one of the most widely read and influential poets of the second half of the 20th century.” Through her poems, she brought “the oppression of women and lesbians to the forefront of poetic discourse.

In today’s post, we will be reading six of the best poems by Adrienne Rich.

Suggested read: Here Are 8 Poems By Kamala Das That Cradle You While Tearing You To Shreds

A life hauls itself uphill
through hoar-mist steaming
the sun’s tongue licking
leaf upon leaf into stricken liquid
When? When? cry the soothseekers
but time is a bloodshot eye
seeing its last of beauty its own
foreclosure
a bloodshot mind
finding itself unspeakable
What is the last thought?
Now I will let you know?
or, Now I know?
(porridge of skull-splinters, brain tissue
mouth and throat membrane, cranial fluid)

Shattered head on the breast
of a wooded hill
Laid down there endlessly so
tendrils soaked into matted compose
became a root
torqued over the faint springhead
groin whence illegible
matter leaches: worm-borings, spurts of silt
volumes of sporic changes
hair long blown into far follicles
blasted into a chosen place

You can walk by such a place, the earth is
made of them
where the stretched tissue of a field or woods
is humid
with beloved matter
the soothseekers have withdrawn
you feel no ghost, only a sporic chorus
when that place utters its worn sigh
let us have peace

And the shattered head answers back

A conversation begins
with a lie. and each

speaker of the so-called common language feels
the ice-floe split, the drift apart

as if powerless, as if up against
a force of nature

A poem can being
with a lie. And be torn up.

A conversation has other laws
recharges itself with its own

false energy, Cannot be torn
up. Infiltrates our blood. Repeats itself.

Inscribes with its unreturning stylus
the isolation it denies.

The classical music station
playing hour upon hour in the apartment

The syllables uttering
the old script over and over

twisting the dials to drown the terror
beneath the unsaid word

The technology of silence
The rituals, etiquette

of words or music or even
raw sounds

Silence can be a plan
rigorously executed

the blueprint of a life

It is a presence
it has a history a form

Do not confuse it
with any kind of absence

How calm, how inoffensive these words
begin to seem to me

without wounding myself or you
there is enough pain here

This is why the classical of the jazz music station plays?
to give a ground of meaning to our pain?

The silence strips bare:
In Dreyer’s Passion of Joan

stretched like skin over meanings of a night through which two people
have talked till dawn.

The scream
of an illegitimate voice

It has ceased to hear itself, therefore
it asks itself

How do I exist?

It was an old theme even for me:
Language cannot do everything-

If it could simply look you in the face
with naked eyeballs, not letting you turn

till you, and I who long to make this thing,
were finally clarified together in its stare

No. Let me have this dust,
these pale clouds dourly lingering, these words

moving with ferocious accuracy
like the blind child’s fingers

or the newborn infant’s mouth
violent with hunger

No one can give me, I have long ago
taken this method

like the Eleusinian hierophant
holding up a single ear of grain

are these words, these whispers, conversations
from which time after time the truth breaks moist and green.

Suggested read: Pink In Your Color And Other Poems By Amy King

Wherever in this city, screens flicker
with pornography, with science-fiction vampires,
victimized hirelings bending to the lash,
we also have to walk…if simply as we walk
through the rainsoaked garbage, the tabloid cruelties
of our own neighborhoods.
We need to grasp our lives inseparable
from those rancid dreams, that blurt of metal, those disgraces,
and the red begonia perilously flashing
from a tenement sill six stories high,
or the long-legged young girls playing ball
in the junior highschool playground.
No one has imagined us. We want to live like trees,
sycamores blazing through the sulfuric air,
dappled with scars, still exuberantly budding,
our animal passion rooted in the city.

Across a city from you, I’m with you,
just as an August night
moony, inlet-warm, seabathed, I watched you sleep,
the scrubbed, sheenless wood of the dressing-table
cluttered with our brushes, books, vials in the moonlight-
or a salt-mist orchard, lying at your side
watching red sunset through the screendoor of the cabin,
G minor Mozart on the tape-recorder,
falling asleep to the music of the sea.
This island of Manhattan is wide enough
for both of us, and narrow:
I can hear your breath tonight, I know how your face
lies upturned, the halflight tracing
your generous, delicate mouth
where grief and laughter sleep together.

Our whole life a translation
the permissible fibs

All those dead letters
rendered into the oppressor’s language

Trying to tell the doctor where it hurts

like the Algerian
who has walked from his village, burning

First having read the book of myths,
and loaded the camera,
and checked the edge of the knife-blade,
I put on
the body-armor of black rubber
the absurd flippers
the grave and awkward mask.
I am having to do this
not like Cousteau with his
assiduous team
aboard the sun-flooded schooner
but here alone.

There is a ladder.
The ladder is always there
hanging innocently
close to the side of the schooner.
We know what it is for,
we who have used it.
Otherwise
it is a piece of maritime floss
some sundry equipment.

I go down.
Rung after rung and still
the oxygen immerses me
the blue light
the clear atoms
of our human air.
I go down.
My flippers cripple me,
I crawl like an insect down the ladder
and there is no one
to tell me when the ocean
will begin.

First the air is blue and then
it is bluer and then green and then
black I am blacking out and yet
my mask is powerful
it pumps my blood with power
the sea is another story
the sea is not a question of power
I have to learn alone
to turn my body without force
in the deep element.

And now: it is easy to forget
what I came for
among so many who have always
lived here
swaying their crenellated fans
between the reefs
and besides
you breathe differently down here.

I came to explore the wreck.
The words are purposes.
The words are maps.
I came to see the damage that was done
and the treasures that prevail.
I stroke the beam of my lamp
slowly along the flank
of something more permanent
than fish or weed

the thing I came for:
the wreck and not the story of the wreck
the thing itself and not the myth
the drowned face always staring
toward the sun
the evidence of damage
worn by salt and away into this threadbare beauty
the ribs of the disaster
curving their assertion
among the tentative haunters.

This is the place.
And I am here, the mermaid whose dark hair
streams black, the merman in his armored body.
We circle silently
about the wreck
we dive into the hold.
I am she: I am he

whose drowned face sleeps with open eyes
whose breasts still bear the stress
whose silver, copper, vermeil cargo lies
obscurely inside barrels
half-wedged and left to rot
we are the half-destroyed instruments
that once held to a course
the water-eaten log
the fouled compass

We are, I am, you are
by cowardice or courage
the one who find our way
back to this scene
carrying a knife, a camera
a book of myths
in which
our names do not appear.

This is all we have on today’s post on the Best Poems By Adrienne Rich. This is, however, not an exhaustive list, and if we have missed out on some of your favorites, then please feel free to add them in the comment section below. 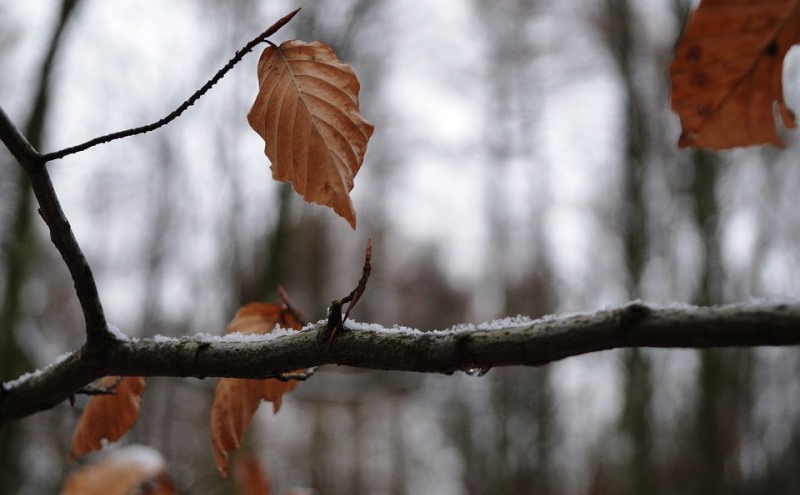 Article Name
Top 6 Poems By Adrienne Rich You Must Read
Author
Riya Roy
Description
Today, we'll be reading six of the best poems by Adrienne Rich, “one of the most widely read and influential poets of the second half of the 20th century.”