Who Is Huda Kattan: The Story Of An Internet Sensation And Beauty Mogul

Before makeup artists realized what a gold mine social media was for displaying and promoting their skills and talent, there was Huda Kattan, who as of 2017 stands as one of the top influencers on Instagram, a beauty industry mogul and one of the first makeup artists to successfully cash in on the internet makeup tutorial trend. Today, she has over 20 MILLION followers on Instagram, and her own brand called Huda Beauty which she co-founded with her sisters Alya and Mona Kattan.

Who is Huda Kattan and how did her journey start?

She was born in Oklahoma, USA and raised in Tennessee, which might come as a surprise to many, because when she talks of her middle-eastern heritage, it is a no holds bar source of pride. Currently, she resided in Dubai, and her association with Dubai is one of the reasons the city is one of the most sought after places for makeup-enthusiasts. How does one Middle-Eastern women, who is no more than 33 years old, amass so much power? The answer probably lies in the establishment of the brand- Huda Beauty.

Suggested read: How to Copy Kylie Jenner’s Beauty Routine With ALL Drugstore Products

Back in 2010, Huda Beauty was just another YouTube channel talking about makeup tutorials and struggling to find its space in a white-washed, Americanized structure of about a million other makeup artists doing and talking about the same thing. Her break came in 2013 when she decided to establish her own brand and line of false eyelashes, with her sisters Mona and Alya.

When asked about the source of her foray into the world of makeup, she stands by the fact that she was in love with the idea of makeup from the age of 9, when she used to practise putting makeup on her sister Mona, while her other sister- Alya, introduced her to her first set of beauty products. She started to pursue the vocation seriously when she was in the University of Michgan. Even though the term “internet sensation” meant very little back then, Huda left her job in finance, and decided to become a full-time beauty blogger, a decision which would lead to her becoming one of the most sought after faces in the fashion and makeup industry.

After understanding who is Huda Kattan, it is time to explore how she made it in this cutthroat industry. After all, every second day another beauty blogger emerges with a whole new range of beauty hacks, makeup tricks, products to review and brands to launch. Amidst this much competition, it is needless to say that you have to have something to make yourself stand out, and remain afloat, and be favoured by some of the biggest retail stores, and celebrities the world over. So, what is it that makes Huda Kattan click?

If you are under the impression that putting makeup on her sister at the age of 9 is all the experience Huda Kattan had, then you are absolutely wrong. Even though her education led her to a very different career, she chose to defy the odds, and dived head-first into the world of makeup, and not without effect. She attended the best school for makeup in the world, namely the Joe Basco Makeup School and before becoming a full time beauty blogger, and founder of Huda Beauty, she was a makeup artist in Hollywood, trained by the best professionals, and worked for the likes of Eva Longoria, and even the Royal Family, before choosing to come to the forefront.

Today, Huda is her own brand, with more Instagram followers than the likes of Charlotte Tilsbury and Michelle Phan, regular industry insiders who has a mere 3 million followers combined, compared to Huda’s 20, and her clientele includes the likes of the Kardashian clan.

So what might have catapulted her to this kind of insane popularity, so that the question, “Who is Huda Kattan” would become a household topic of conversation?

After dabbling with the arts in the makeup world for quite some time, she decided to collaborate with her two sisters, who are still a huge part of her business, and create a range of false eyelashes, which came to be known as the Mink Lashes, which would become a cult beauty product, and would impress even high-profile celebrities like Kim Kardashian, who settle for nothing but the best.

I know what you’re thinking- eyelashes are a weird place to start for someone trying to make it big in the makeup industry. However, the release of the Mink Lashes was the first public instance of the business genius of Huda Kattan, for they became an instant hit with the public, and is still one of the most sought after false lashes in the world. When asked about her decision to start with lashes, Huda said, “At the time, there were barely any lash brands available and I realized there was a huge gap in the market and a lot of demand.” The lashes were also crafted specifically to cater to audiences worldwide, and not just an American audience, which is why they gained mass popularity.

Today, Huda Beauty, the brand, is one of the most popular in the world; with its products being sold in some of the best retain stores in the market, such as Cult Beauty, Sephora and Harrods. Even though spokespersons for both the retailers have confirmed that blogger products from brands like The Power of Makeup by Nikki Tutorials, and Kat von D makeup and Jeffree Star Cosmetics are some of the most popular products in such stores, nothing quite beats the popularity of Huda Beauty’s products.

Apart from false lashes, the brand has also branched out to other well-loved products like the Huda 3D Highlighter Palette, the Liquid Matte lipsticks, Textured Eye Shadow Palette, and her Lip Contour series, which she revolutionized by using them to make her lips appear bigger (Kylie Jenner eat your heart out).

After learning, understanding and appreciating who is Huda Kattan, it is time to see why she is, who she is. Apart from being a makeup mogul, she is also credited with some of the most effective and widely used makeup hacks and beauty trends in the world. Here are some of the most efficient beauty hacks Huda Kattan has blessed us with.

Of course, Huda Kattan was the first person ever to revolutionize the idea that you could contour your lips, just like you contour your face, to make them look bigger, without surgery. This hack became so popular, that she launched her own line of Huda Beauty Lip Contour lipsticks, which are still some of the brands best-selling products.

2. Using a ruler for face contouring

Beauty bloggers everywhere have started using the most random things to measure their contour, starting from notebooks, to lip liners, to Louboutins. However, nothing beats this hack, where she used a ruler to evenly apply contouring lines, so that your face looked more defined and structured.

Perfectly shaped thick brows were a thing that Huda brought into trend, and how. Her line of brow pencils help people fill out their brows, no matter what colour their brows are, and help them achieve brows nearly as perfect as Huda’s own.

If you are thinking you have to do the works with the shaving cream and after-shave to get rid of pesky facial hair, then that isn’t what Huda is trying to promote. In fact, she showed us a perfectly simple way to get rid of the excess hair that seems to grow out near the hairline and sideburns and maybe even in your upper-lip area. Also, she totally busted the myth that shaving makes your hair grow back thicker and faster, which is so not true.

Suggested read: #ForAFlawlessYou: 12 Makeup Hacks That Will Change Your Life

Even though boob contouring is totally a thing now, the founder and inventor of such a thing as boob contouring was none other than Huda Kattan, who used dark tinted contour pencils to enhance the size of her breasts and make her cleavage look even more defined. All we can say is kudos to her creativity.

Even though these five makeup hacks don’t cover even half of the tricks and tips that she introduced to beauty enthusiasts all over the world, she is still a trailblazing influence with a penchant for business, which is why she runs one of the biggest makeup brands in the world, whose net worth is $ 4.5 million as of 2016.

When asked how she manages to keep innovating and coming up with some of the best products and makeup ranges in the market, while at the same time appealing equally to Western and Eastern audiences, she said, “I live, breathe, eat and sleep beauty so because it’s always on my mind every single day, I think it just helps me think of innovative ideas and products.” 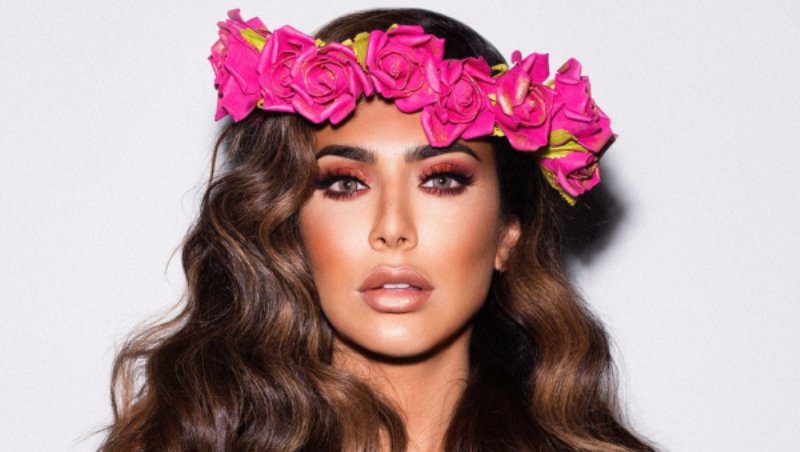 Article Name
Who Is Huda Kattan: The Story Of An Internet Sensation And Beauty Mogul
Author
Aishani Laha
Description
We've all fawned over her matte lipstick range and lusted after her false eyelashes and stalked her on Instagram. But who is Huda Kattan exactly?