Why Vote For Hillary Clinton Over Donald Trump

[Note: The views expressed herein are the writer’s alone.]

The American Presidential election is upon us, and let’s accept it, this election is solely focusing on the idea of ownership. Citizens, who think they are losing their ‘possession’ of the American pie, are supporting Donald Trump. In places like Appalachia, this fear of loss of ownership is suggestive of a real problem, say, bleeding of jobs and prospects from one of the most badly off (and yes, whitest) states in the country. But in the rest of the states, this fear reflects a bigoted outlook that is scary, and shouldn’t be cheered at any cost. And to that end, it is necessary you don’t vote for Trump. Wait, I am not telling you to vote for Hillary either… Not yet. I’ll come to that soon. Let’s deal with Trump first, shall we? 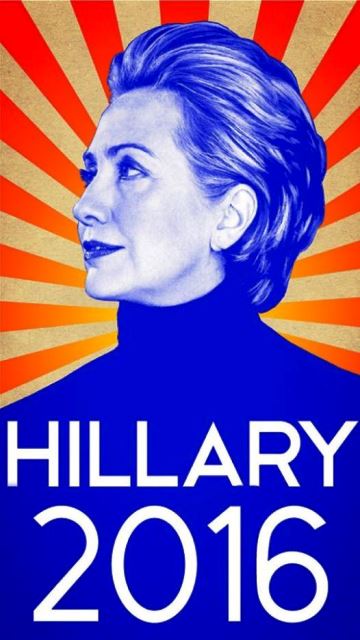 Suggested read: Why Black Lives Matter: A black woman requests her people to NOT get tired already!

Donald Trump is a ‘demon’stration of every evil in the American society. He is the rotten punk who punches you in a dark alley for being queer; he is the spoilt kid who screams derogatory nicknames to the immigrants from his window; he is the guy who doesn’t take your no for an answer. Trump says, whatever he feels like saying. He lays off anyone, who does not hold with his religion of self-flattery. The worse thing about Trump, nonetheless, is his total resistance to criticism. How does America expect to continue functioning as one of the oldest democracies in the world with a leader, who is not just impervious, but opposed to criticism, constructive or otherwise?

Now let’s talk about Trump’s ability to empathize: I will call that zilch, already! He doesn’t consider stepping into the shoes of those who have left their homes to seek shelter that is safe, and where they can support themselves and their families. He doesn’t think it’s important to engage in a tête-à-tête with those who are different from him because he belongs to the top of the food chain, and simply doesn’t care. Now, that would make Trump a threat to society even if he was just a citizen (dare I say ordinary?!). But by electing this man POTUS, you are making him the face of America!

Well, Good Morning, America! It is time to wake up!

I am not saying that Hillary is an ideal presidential candidate. She has played the political games, throughout her career, evading the lines of legality and ethics. But when we consider the sins of the opponent, we see that the flack Clinton’s been subjected to is, though deserved, outrageously outsized! I won’t mince my words here, and use euphemisms calling Trump “polarizing” and “incendiary”. He is RACIST and SEDITIOUS.  He is OUTLANDISH and HYPERBOLIC. You cannot hold this man to the same standard as Hillary. But we are doing just that. When we talk about Hillary skirting the ethical rules we call her corrupt, while looking at Trump as just another successful businessman, whose ‘twisted’ a few rules, here and there, to take his company to where it is today. If you buy these contradictory standards, there is a problem, and here’s why.

This double standard is not very different from how, when a black man is shot by the police because he “looks like a bad dude”, people are told about the terrible things the man was. But, when a white guy rapes an unconscious girl behind a dumpster, we lament about his doomed career as a sportsperson because of “20 minutes of action”!

This double standard is what makes the Presidential election of 2016 something more than winning or losing the game; today it is about re-defining the rules of the game.

The rules of the game have been abused by previous politicians too, but what Donald Trump’s doing, is one-off. He has been lying so brazenly about things, so nakedly sticking on to bigotry, and so bluntly defying the rule of law that it is absurd. But, instead of causally remarking that he is just some weird bloke, we need to meet him, square on, as a threat to liberal democracy. We need to confront him, to defeat him. The more insolently the man lies, the more brazenly we should cling on to the truth. 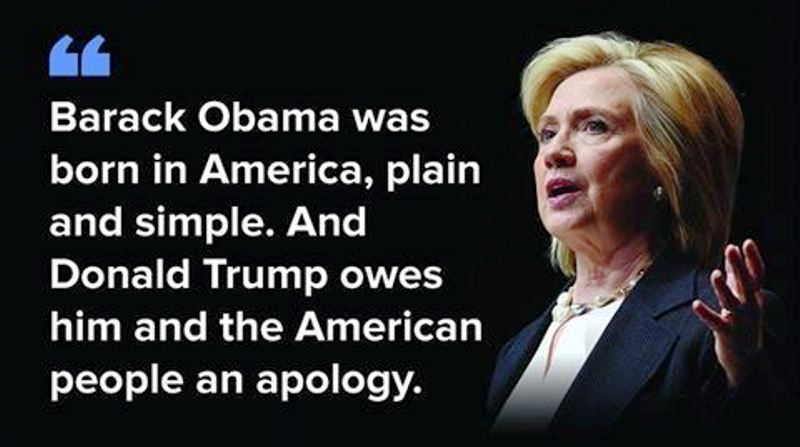 Two years back, a revised AP United States History curriculum set the American conservatives blazing with fury. This curriculum, dubbed as APUSH, is a course that prepares students for a College Board exam, which in turn, helps them earn college credit in high school. The modified course materials lay emphasis on the different sins of America, critically examining, ideas of “Manifest Destiny” as racist, and as such, problematic.

However, the Republic National Committee, ultimately, joined forces with the conservative teachers, accusing the revised course materials of being radical, in putting the “positive aspects” of the U.S., out of sight. Do you want to be part of this belief by voting for Trump? 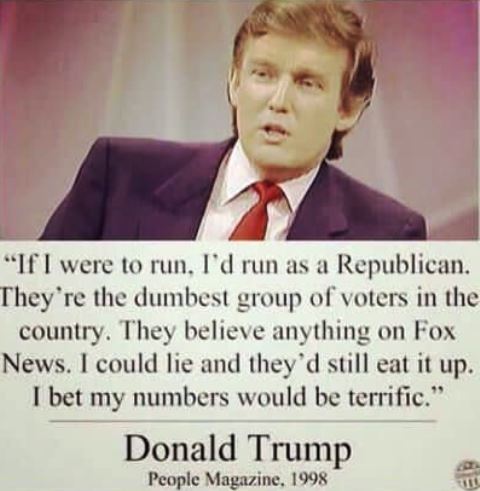 Trump shouts, “Make America Great Again”. This will tempt any American who thinks that life, a decade or two ago, was better than what it is today. It is not a surprise to anyone that a chunk of Trump’s supporters belongs to the group of old, cis-gendered, straight, white men. These men are the same people who have had their political rights protected since the requirements of shedding of property in the 17th century; requirements, which, more than often, were left in place for the African Americans.

Today’s election is a competition between two mindsets, one that thinks the great American project isn’t a finished venture, and the other, that thinks it was accomplished two decades ago. This makes your vote a moral issue. Do you want to go back in time to the era that was, fundamentally, less free than today, though the economy then may have been a little better, but in parts?

When we put all these issues into perspective, the answer to why vote for Hillary Clinton becomes too obvious. It is incontrovertible, set in stone. Yes, she isn’t perfect. Yes, her opinion on a number of issues is mixed, and in some important ones, she has taken far too long to come to obvious conclusions, like on mandatory sentencing and gay rights, to name a few. But if not her than who, is the million-dollar question? The alternative is asking us to move backward; one that is upholding the nation’s sometimes ugly past. The alternative dreams of a time where it is okay to bully and stress Hispanic students in your class because hey, the President does it too!

If not Hillary, you will be voting for a mentality that demonizes émigrés, coerces marginalized people, and admires a tyrant who wants a politically free era. 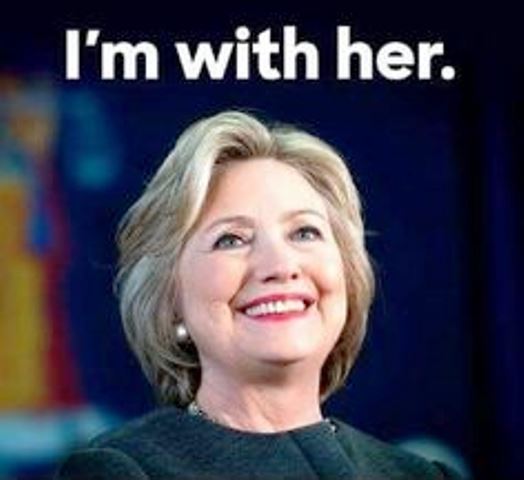 Suggested read: Why the Stanford rape judgment is an insult to ALL women

Who are you rooting for? If I asked you, why vote for Hillary Clinton, what would your reason be? Sound off in the comment section below! 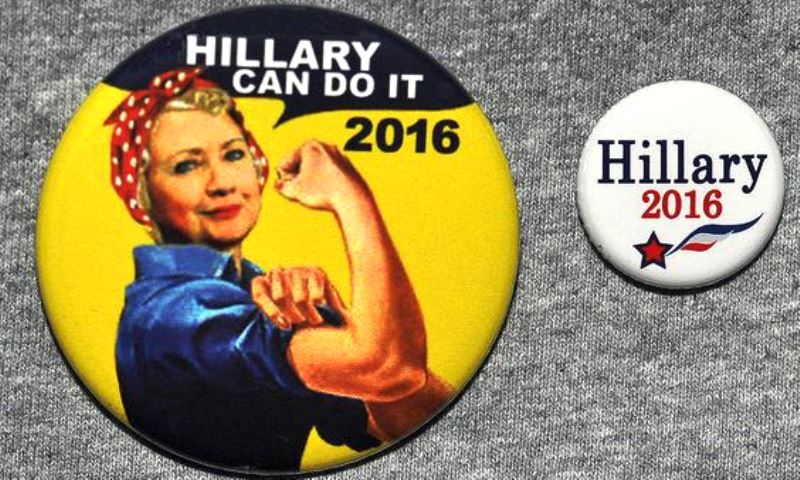