“What this power, this insidious threat, this invisible gun to her head to her head that controlled her life . . . this terror of being called names?

She had done all that and yet, still, this stranger had dragged her into the gutter with the names that men call women when they are angry.”

Bullying has been an age-old social phenomenon. And while men aren’t exempt from it, women have always been the obvious target. The so-called “weaker sex” has been ridiculed, time and again, for our lack of strength (even though labor pain feels like organs being ripped apart), lack of intelligence (even though women have made some brilliant Presidential candidates), and basically our misfortunes, of not being born a man.

The elaborate processes of cat-calling and eve-teasing have conferred a long list of words to describe a woman that has often times made our skin crawl. The sad reality is, the constant use of these terms has caused them to become a regular part of our jargon, so much so that even women use these derogatory terms without realizing that it’s their own sex they are berating. Here is a list of ten words to describe a woman, which should, straightaway be kicked out out of our vocabulary.

I will have you know that Anatomy has spent years trying to dissect and explain what exactly goes on inside the human body. Don’t you think it’s a little disrespectful to call me only one part of my body when clearly, I have so many other functioning units? I mean, I know it’s rather fun to refer to somebody as “Hey there, Long Ear”, or “What’s up, Unnaturally Big Head?” but it kind of makes my body feel sad. I mean, what about my butt, or my hands, or my brain (something you clearly don’t possess). Leaving jokes aside, if the vagina can push out a baby, rest assured it can whoop your misogynistic behind before you can say “Jesus”.

Sometimes, it really makes me wonder if the Oxford Dictionary is that difficult to read. I swear to God, the next time I’m called a sl*t or a wh*re, I’m going to straight up charge them their life savings. If going to school or college couldn’t help you become a good human being, then wearing short clothes, sleeping with whoever I want to, or doing any other thing, that as a human being, I am entitled to do, doesn’t make me a whore. Also, you say whore like it’s a bad thing, but the social stigma attached to prostitution is a topic for another day.

The word originated in the 1520s, as a shortening of the word “housewife”. I’ve had the misfortune of encountering too many people introduce their wives as, “This is *insert name*. She’s a housewife.” No, she’s also a singer, or dancer, or the love of your life, but none of those are as interesting as being married to household chores, so you choose to highlight the servant aspect of it. As cute as hussy sounds, would you feel terrific if your parents introduced you as “This is our daughter and she’s a potato chips-eater” or if your teacher introduced you as “This is the boy who doodles nudes behind every question paper”. No, right? Because there’s more to you than that.

Back in high school, I was told that there were two kinds of women: the feminine, and the tomboy-ish. The latter hung out with boys, wore “male” clothes, usually had short hair, and was declared a hybrid of the two species. I realized much later that there’s a word for this classification. It’s called “stereotyping”. And if you google “idiot”, you’ll know what they call people who engage in discrimination on the basis of it. When tomboys behave “girly” (wearing nail polish, applying make up, breathing) it’s almost a national phenomenon. I want to tell you that there exists a peculiar category called ‘human beings’ who should be allowed to live in whatever way they want, without conforming to tags thrust upon them. Weird, no?

So, here’s the deal. Women aren’t fish. I mean, Darwin worked really hard to trace the evolution of species, you might want to google him. I’m sick of listening to people compare women, like my mother compares vegetables in the market: “That’s too thin”, “I don’t like the color”, “This one’s too scarred.” Oh, then there are the rating charts! It inspires more strictness than the teacher who failed you in GK. “Her face is a 6/10, but that b*tt breaks the meter. Good catch.” If I wanted to be evaluated all through my life, I wouldn’t have dropped out of school. (That’s a joke. I completed school.) (Or, did I?)

Suggested read: The makeup-wearing feminist is not an oxymoronic anomaly

Again. What did I tell you about differentiating between species? “Being a bitch” is one qualification women are gifted even without having to work for it. The funny part about the 21st century is, this term has found innumerable contexts. “She’s my bitch” (affectionate), “That girl is SUCH a bitch” (angry), “This weather is a bitch” (?) No, seriously, please tell me how the weather resembles a female dog. Dear men, I understand that this word has helped you not have to choose new adjectives for absolutely anything, but while we come up with ‘meninism’, ‘chauvinism’, ‘patriarchy’, and what not, for your kind, could you maybe start using new ways to describe us?

This happens to be the slang for ‘witch’. It’s generally used to refer to somebody one doesn’t like, or really old and frail women. Now, I just want to get this out of the way, but if I had superpowers, I could spend it in trying to bring myself junk food at odd hours, or turning all men into peanuts. Are you a peanut? No? THEN I’M NOT A WITCH. The very fact that you haven’t been transfigured into a pig, despite flinging evergreen slang at us, is testimony to the fact that black magic isn’t exactly our A-game.

8. Bimbo
A bimbo is a person who looks great (judging by men who use this term, it refers to a bulgy body), but has zero intelligence. Before you use this term again, ask yourself this: Why doesn’t a distinction like this exist for men? Is it because all of them are stupid? Or is it because none of them “look great”? Or, maybe, just maybe, is it because women have, for centuries, utilized their time and mental faculty for things that really matter? Think about it. An alternate word for this is “blonde”, but nobody sees the irony in calling a brown-skinned, black-haired woman that.

9. Broad
The urban dictionary defines ‘broad’ as: “A term that originated in the 1930’s meaning woman; derived from the fact that the most defining characteristic of all females are their hips, which are proportionally wider than the hips of their male counterparts.”

Hey there, Small Brain, what if I’m skinny? Does that make me any less of a woman? It’s the 21st century, and if I still have to tell you that there’s more to me than the shape of my behind, maybe, just maybe, I should transfigure you into a silverfish. That way you’ll at least be close to the very books, which failed to educate you.

To every man, please tell me what it takes to be a woman. All these years of being in my own body hasn’t been able to teach me quite right. Is it the look of subordination when being spoken to? Or doing the household chores, all by myself, because why else was I born? Or talking softly because, let’s be real, women don’t have opinions that need to be voiced. Is it the fact that I’ve written an entire article ridiculing the lingo? I will say this for one final time: If you look at the history of what women have been put through in the name of respect, and the sheer resilience with which they have shouldered it, I bet your Big Foot that you’d want to be a woman.

It’s high time we learn to stand up for ourselves. I’m sure more than 7 of these words to describe a woman, sound familiar to you. And at least 2 have been used on you, at one point or regularly. Here we sought to assert that there is nothing wrong in wanting to be respected and accepted as an equal part of the human race (as much as the soon-to-be peanuts).

“Strange how mean words can return to one’s thoughts, years after they’ve been callously thrown at you. They replay in your mind, spiking a sense of remembered pain. Nasty name calling can be an ugly memory that stabs unexpectedly—not unlike a nightmare where you wake up crying.

Sticks and stones, may break your bones—yet, cruel names can hurt you.” 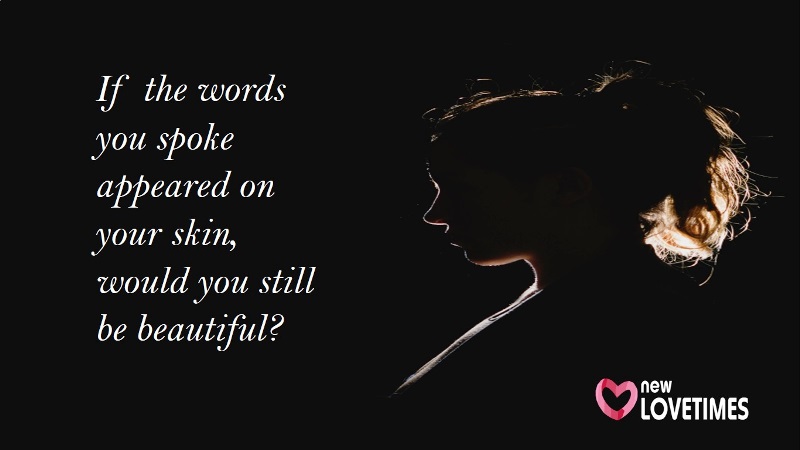 Article Name
Why You Need To STOP Using These 10 Words To Describe A Woman
Author
Meghalee Mitra
Description
Here is a list of ten words to describe a woman, which should, straightaway be kicked out out of our vocabulary and why.