11 Most Romantic Movies For Winter That Will Warm Your Heart

Winter is the season when the Earth gives you legal permission to never leave your bed. Christmas is just around the corner, and the Holiday Season is in full swing. So, cozy up beneath the blanket, grab a bunch of warm snacks, and binge-watch these movies for winter.

Patrick: Some asshole paid me to take out this really great girl.
Kat Stratford: Is that right?
Patrick: Yeah, but I screwed up. I, um, I fell for her.

I am yet to witness a Romance that has affected me as deeply as this one. You know how the strongest couples speak of love as friendship? This movie is a tribute to that. The protagonists do not leave a single chance to tease each other to hell’s glory. But they protect each other like their personal brand of superhero. When I first watched this movie as a child, young Heath Ledger blew me over. My acquaintance with The Joker happened later, but this movie was enough for me to start wishing him back to life.

Jack Fuller: [before entering their first marital counselling session] You ready for this?
Joy McNally: Pretend that you don’t make me vomit in my nose every time I look at you? Definitely.

Cameron Diaz and Ashton Kutcher are an adorably funny couple, but they don’t seem to think so. After a night of drunken foolery, they get married to each other (F.R.I.E.N.D.S fans, rings a bell?). They realize that one of them has won a lottery with the quarter of the other person, and it leads them to a false pretense at marriage. Each of them has their separate accomplices, and they try through various ways to make the other fall to the level of an abusive partner. It is wonderfully heartwarming, funny, and incredibly entertaining.

Kevin: [motions to a “Gone With the Wind”-style dress] What the hell is that?
Jane: Theme wedding.
Kevin: What was the theme? Humiliation?

This lady has made a career out of being a bridesmaid. But how comfortable will she be when she is asked to witness the marriage of the love of her life? This movie hits home to anybody searching for love, or one who “isn’t quite over it”. It is the struggle, the distractions, the honesty, and the plain beauty of the movie that makes it so heartwarming. Katherine Heigl does a wonderful job, and the designers should be lauded.

Logan: Do you still run competitively?
Beth: Oh no, now I just do it to clear my head. It’s a lot cheaper than therapy.
Logan: So is walking.

Let’s begin with the fact that Zac Efron is called Logan. My X-Men fanatic heart melts very quick. This movie is based on a Nicholas Sparks novel, so you already know it will be quite a ride. A Marine (Zac) was saved by a good luck charm during his time in Iraq. He has taken it upon himself to find her, and thank her for the blessing. What follows is an impeccably sweet love story. Efron will make your heart turn to jelly, I promise.

Suggested read: 16 Perfect Date Night Movies That Will Put You Both In A Great Mood

Margaret Tate: What am I allergic to?
Andrew Paxton: Pine nuts, and the full spectrum of human emotion.

If you set Sandra Bullock and Ryan Reynolds together, then you’re bound to leave the movie hall in splits. In what is the most hilarious depiction of a ‘forced marriage’, the couple eases into love. However, it is not without a lot of mutual hatred, which, given the skill-set of the actors mentioned, is expressed through a lot of humor. The script is flawless, the comic timing impeccable, and the romance leaves you wanting for more.

Gil: Would you read it?
Ernest Hemingway: Your novel?
Gil: Yeah, it’s about 400 pages long, and I’m just looking for an opinion.
Ernest Hemingway: My opinion is I hate it.
Gil: Well you haven’t even read it yet.
Ernest Hemingway: If it’s bad, I’ll hate it because I hate bad writing, and if it’s good, I’ll be envious and hate all the more. You don’t want the opinion of another writer.

Trust Woody Allen to take Romance to several different dimensions. Owen Wilson as Gil, is a tortured scriptwriter, on a vacation to Paris with his fiancee. If you are somebody who writes with a zeal, you will find yourself reflected in each of Gil’s crumpled papers, his agonizing loss of inspiration, and the poor critic he finds in his partner. Every night, a mysterious car takes him back to the 1920s. He meets Dali, Hemingway, Fitzgerald, and his perception of love and life changes drastically.

Rome was not built in a day. The most beautiful of things take a lot of patience and effort to build. This movie speaks volumes about the effort that goes into true love, and the worthiness of it all. Henry Roth (Adam Sandler) shuns emotional commitment until he meets Lucy (Drew Barrymore). Her short-term memory makes her forget him the very next day, but not even the loss of memory can stop true love from flowing its course.

Mr. Perlman: We rip out so much of ourselves to be cured of things faster than we should that we go bankrupt by the age of thirty and have less to offer each time we start with someone new. But to feel nothing so as not to feel anything – what a waste!

This is based on a novel by Andre Aciman. The movie is set in 1983 Northern Italy, where the 17-year old protagonist Elio loses his heart to Oliver. The latter has moved in for the summer, but discovers a bond he cannot resist. ‘Call Me By Your Name’ is an accurate and irresistibly beautiful story of homosexual love.

This is one of the best movies for winter because of the amount of warmth the relationship has. I promise you this ties with ’10 Things…’ in my heart. Cary Grant and Audrey Hepburn are literal embodiments of perfection. Several strange men pursue Reggie in order to access the fortune that her murdered husband has stolen. In a web of mistrust and suspense, the Romance blooms bright.

Suggested read: 12 Of The Most Anticipated Animated Movies We Can’t Wait To Watch This Year

Ike Graham: [on the perfect proposal] Look, I guarantee there’ll be tough times. I guarantee that at some point, one or both of us is gonna want to get out of this thing. But I also guarantee that if I don’t ask you to be mine, I’ll regret it for the rest of my life, because I know, in my heart, you’re the only one for me.

Maggie Carpenter (Julia Roberts) has left several men at the alter. A journalist (Richard Gere) tries to unravel the mystery of the disappearing fiancee, but loses his heart instead. Gere and Roberts have a warm chemistry from the very beginning. The vulnerability of being in love, and the assurance of forever, is what makes this movie a classic.

A princess (Audrey Hepburn, obviously!) is absolutely bored of the formal and constricting treatment of the palace. She wants to explore the adventures of the outer world. But having no experience, she soon gets lost in the maze. An American newsman (Gregory Peck), being a gentleman, gives her shelter. But when he finds out that she is a princess, things begin to change. This movie is a classic for a reason. The acting is flawless, and each frame of the movie is worthy of many awards. Fun Fact: Gregory Peck predicted that Hepburn would win an Oscar for this, and therefore, requested her name to be placed above the title. Both the things happened.

I hope these movies for winter keep you warm and happy. While the temperature drops, and the glasses begin to fog, I hope you have enough love around to keep you warm. 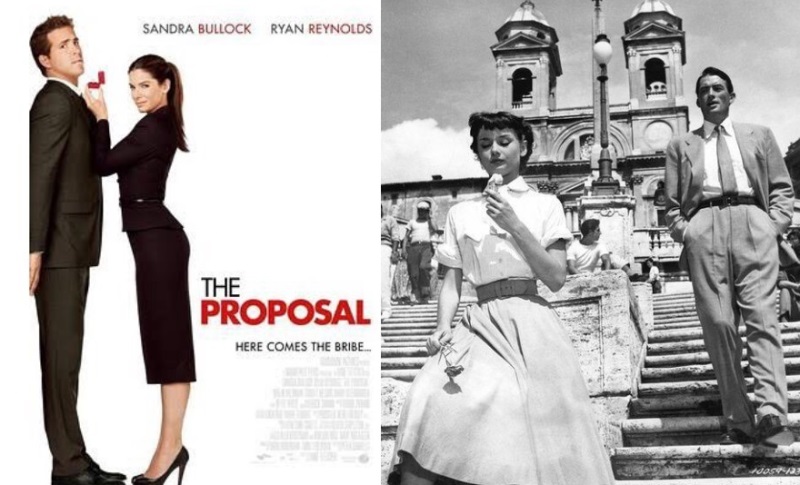 Article Name
11 Most Romantic Movies For Winter That Will Warm Your Heart
Author
Meghalee Mitra
Description
Christmas is just around the corner, and the Holiday Season is in full swing. So, cozy up beneath the blanket, grab a bunch of warm snacks, and binge-watch these movies for winter.