Earlier this week, I was binge-watching my all time favorite romantic movies. Yes, I am a sappy old romantic, don’t you know it already? 😉 And I realized that there are just so many EPIC movie proposals to choose from – the mind boggles … and the heart … umm … just pounds faster! Each one sticks to memory for a different reason, and one can’t help but wish, wish, and wish that people picked a pack of movie-magic to sprinkle in real life. Don’t get me wrong – I completely believe in proposals that capture the personal essence of a couple perfectly – but I feel that there is just a teeny tiny bit that movie proposals have to say, in their own way, to people who want to go down on one knee and pop the ever-important question.  I mean, don’t we all learn (howmuchsoever) from all art forms? So – in case, you missed out on the takeaways from movie proposals (coz admit it, you were busy emptying that Kleenex box beside you whilst watching ’em), you can take this journey with me.

Suggested read: The most EPIC proposals of all time

Ready to take a walk down the movie proposal lane with me?

Okay. Let’s go – to the land where the most romantic movie proposals of all time are waiting to greet us..and teach us just a tiny bit about love … and just maybe, you could take inspiration from one of these movie marriage proposal ideas for your own!

Now this one is the quintessential romantic tale of the modern girl, albeit morphed to fit lovingly into the fairy tale mold. I mean, think about it – we knew that this on-again, off-again couple were meant to be. And when Big finally gets down on one knee to propose to his ‘ever thine, ever mine, ever ours’ girl Carrie (whom I absolutely adore, by the way), we cannot help but feel our hearts skip a beat in anticipation of what’s next. And tadaaa – he doesn’t have a ring – but a blue jewel-encrusted Manolo Blahnik heel!! A proposal in true-Cinderella style – which girl can say no to that??? 😉

Takeaway: It is never too late to create your own fairy tale!

The movie that made the entire planet debate if men and women could really just be friends, has our hero rushing to meet the love of his life before midnight, New Year’s eve – coz hey, “when you realize you want to spend the rest of your life with somebody, you want the rest of your life to start as soon as possible.”  Well, we agree.

They say there’s no better way to say it than with a song. And with ‘Grow Old With You’ one of the most popular chartbusters of all time, the one that is chosen by couples still to dance their first dance – need we even say more to evince this?? When Adam Sandler serenades Drew Barrymore with a personalized song aboard the flight she’s taking to say ‘I do’ to her current awful fiancé, we can’t help but root for her to hug him and never let go.

Takeaway: True love trumps the most difficult of circumstances. Do not give up trying.

Suggested read: Most innovative proposals of 2014

This one is a true rendition of the fact that love has a language – all of its own. Broken Portuguese or disjointed English – the proposal that has taken so long to come by – has a charm that transcends all boundaries – just like the love that breathes life into it. Take heart from one of the best marriage proposal ideas of all time – of course, to pull this off, you need to have fallen in love with a person who speaks a different language!

Takeaway: Love knows no boundaries. Do not be afraid of hurdles.

From the time that I read the book to the time that I saw it on-screen, this moment has been embossed in my memory like the effect of the early morning air on a being who had been locked in a cage for far too long. And when you see Darcy walk through the misty fields to see Elizabeth, you know that the hatred has melted and become something else altogether. And surely, we know it was all for her.

Takeaway: Love comes unexpectedly, in unexpected forms. Life is too short to rule out a REAL possibility of love.

This one is truly a token of the love that I so often speak of, in my articles. For a person to love somebody for a lifetime, one has to make the CHOICE of choosing one’s love fully, moment after moment, day after day – for a lifetime. Only then can mundane Mondays (and 20,000 of them!) become part magical. And this is what Ed Harris does – who’d have thought that a spool of thread could be so romantic! In one of the most real and romantic proposal ideas of all time, “Even when things are hard and you feel like giving up, you have to hang on to that decision, that choice to love each other. Even if it’s only by a thread. I let that thread break once. This time, it won’t. Will you marry me?” Yes, yes, yes – a thousand times over, yes!

Takeaway: Love is a choice, marriage a commitment to the choice.

7. Neil (Ben Affleck) proposes to Beth (Jennifer Aniston), He’s Just Not That Into You

For the one that comes after seven years of dating and being on the line, you just have to watch this one to believe it.

Getting whisked away to Tiffany’s after hours and asked to pick the ring of her choice, is every girl’s dream come true, no? This is one of those marriage proposal ideas that take a lot of pull to pull off 😉

Takeaway: Love is full of delicious surprises. Never refrain from doling them out in large doses!

When ‘Andrew, sweet Andrew, with cherries on top’ comes back with an even sweeter confession and asks Margaret to marry him, we melt away in a mush-puddle.

Takeaway: A difficult girl is WORTH it all.

Suggested read: Is the world afflicted with viral proposal-itis?

Ohh, the one that turns the tables around. Julia Roberts gets down on one knee and says, “If I don’t ask you to be mine, I’ll regret it for the rest of my life.”

Takeaway: Coz when a woman who has been running away from ‘love’ all her life seeks to embrace it, it’s the most earnest commitment you shall ever get.

This one, I agree, is too-good-to-be-true. But we all need a dose of this type, once in a while, to believe that good things happen to good people, right? So when Sara walks into the house to find rose petals covering the floor with candles everywhere and a large box in the middle of the room, opens it to find an empty ring box, our hero swoops in and says, “You have to say Yes first.” All together now: Awwwwwww …

Takeaway: Magic happens. It is an off-shoot of true love.

I love this one because Dorothy interrupts his confession to say one of the most iconic lines ever, “You had me at hello.”

Takeaway: Sometimes, it takes longer to realize who ‘the one’ is!

This one is so “Frankly, my dear, I don’t give a damn.” Coz when Scarlett, an emotional wreck, asserts that she will never marry again, our smooth and smug suitor Rhett says, “Oh yes, you will and you’ll marry me.”

Takeaway: There shall come a person who will love you for YOU. The wait is worth it – trust me!

You are smiling now, eh? Or maybe wiping those smiling tears. Either way, all I meant to do was dole out some packets of movie marriage proposal ideas to tell you how the mundane transforms to magical in love. You can go all-out or just keep it simple – but the moment of ‘YES’ is the moment of a forever that is beginning to be born. Coz a proposal is a promise – to choose one another in the now up until a happy forever. After all, walking down the aisle to step into a lifetime of togetherness until ‘death parts them’ is a meaningful journey that keeps alive the love of the one who goes down on an arthritic knee to slide a ring on a wrinkled finger, making the same promise with the look that says it all – ever-so-lovingly! 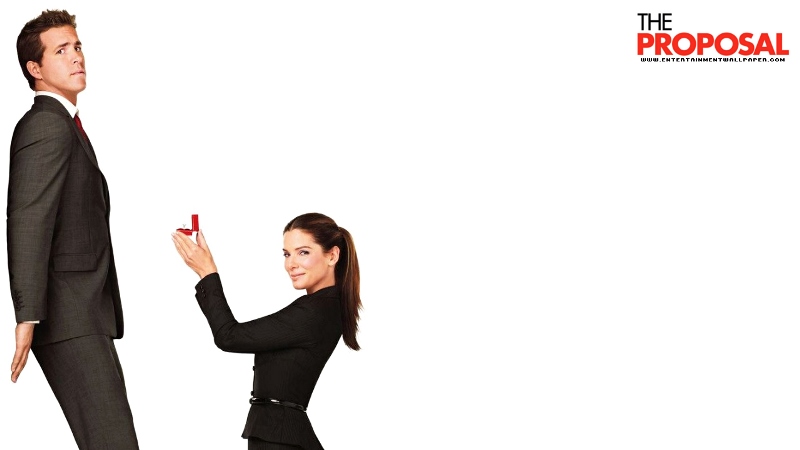 Article Name
13 Best Movie Proposal Ideas To Take Inspiration From
Author
Sejal Parikh
Description
Sometimes, sprinkling some movie-magic in real life is a good idea. We'll tell you how - with some of the best Hollywood movie proposal ideas ever!