The Grammys Red Carpet is as important as the award ceremony itself! Every year, we have the horror of seeing some zany and outright despicable outfits, but also the pleasure of glancing at the elegant and the most chic. 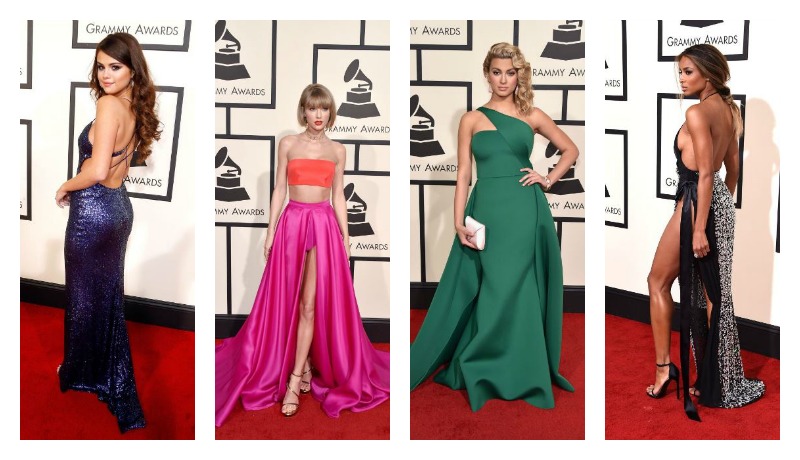 If Oscars are grown-ups going to dinner and lending ears to podcasts (please bear with my analogies!), Grammys are its teenage siblings: defiant and strange and rebellious. Making an impression with the ensemble you decide to slip on becomes very important; whether you want to surprise or delight or shock, is in your hands. Because nitpickers like us are waiting to make judgments! 😉

At the Grammys, we’ve noticed over the years that the more unruly and disobedient the styles on the red carpet, the better! And the 58th celebrations too, didn’t disappoint us! Last night saw music industry’s most talented voices draped and clad in some really impressive ensembles. From Justin B’s sleek white Yves Saint Laurent tuxedo to Taylor Swift’s Atelier Versace’s two-piece outfit, the whole shebang was classy AF!

Here are our 12 picks for the most forward fashion ensembles that set the Grammys 2016 red carpet ablaze! 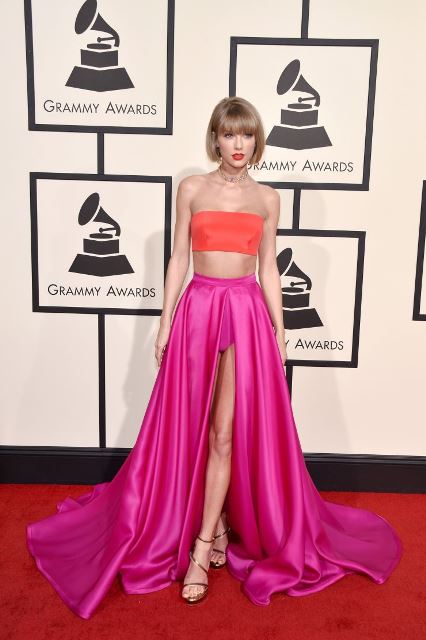 The winner for the Best Album of the Year, Taylor Swift, slayed it with an Atelier Versace two-piece get-up, which featured a full skirt paired with a crop top. 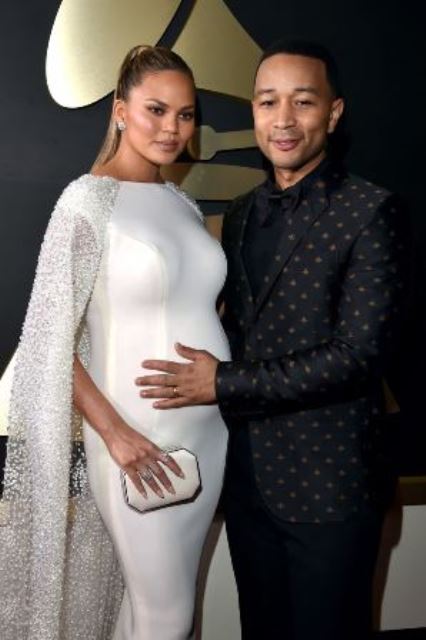 With that motherly glow coming to her rescue, Chrissy Teigen looked stunning in a white Yousef Al-Jasmi gown. The gorgeous cape stole the show. 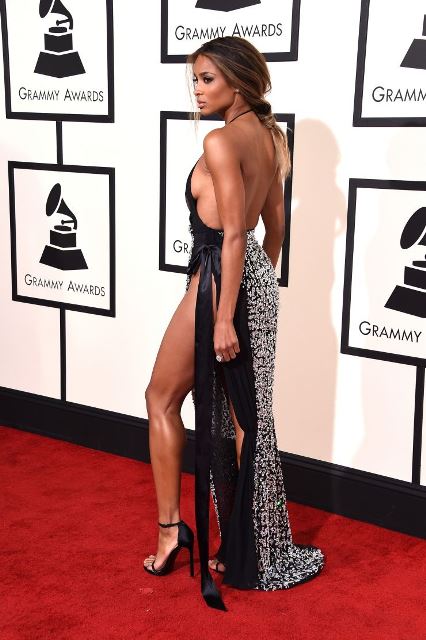 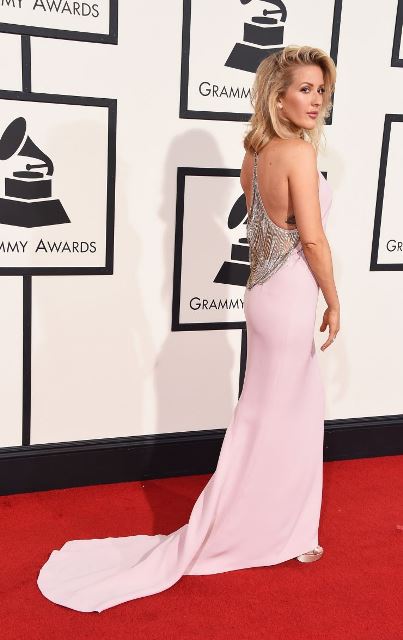 This is what perfection looks like! EG in Stella McCartney! 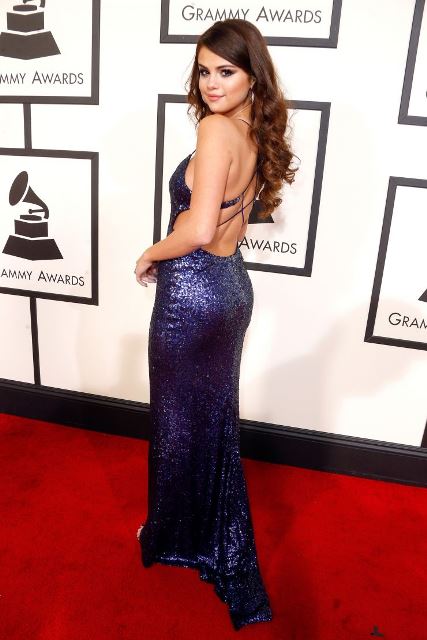 Isn’t this one a fashionista?! Selena Gomez shone in an azure number by Calvin Klein. 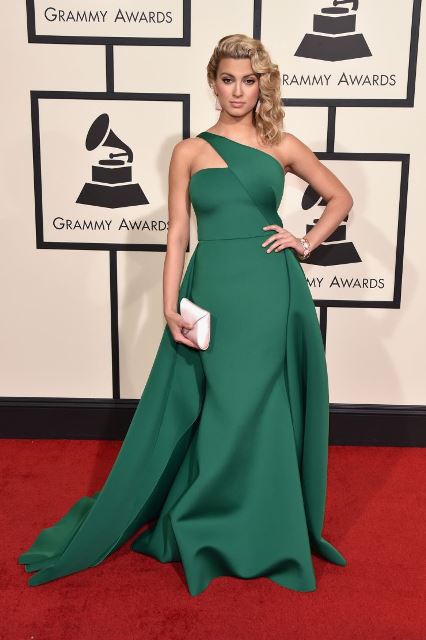 I am not trying to call them out, but it’s true that men play it safe on the red carpet. This year however, we saw some bold moves from the dudes out there. I mean, can everyone get away with a pale pink suit? No, right! Look how Sam Hunt and others left us crestfallen! 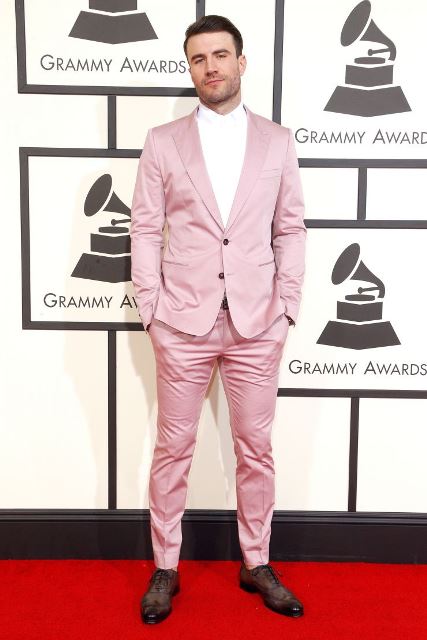 This is the pale pink tuxedo I was telling you about! This was a big risk, but Sam Hunt carried it off like sheer magic! 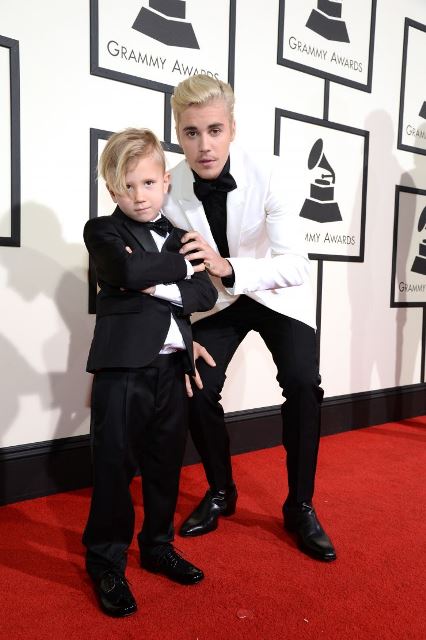 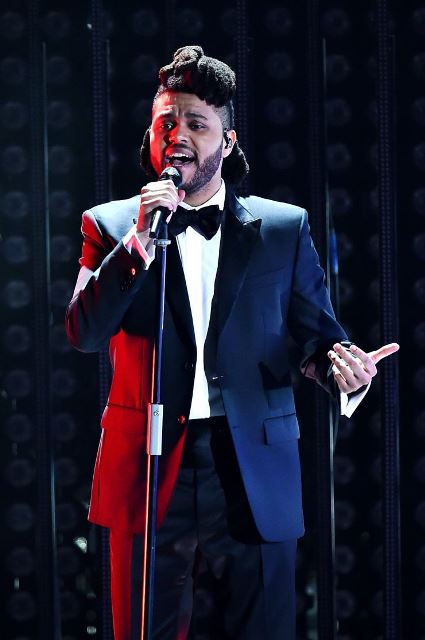 Look at this custom Givenchy tuxedo. Wearing black and yet not looking clichéd, fashion-wise! He looked rad in this, while walking ever so confidently around the red carpet, posing for the shutterbugs. 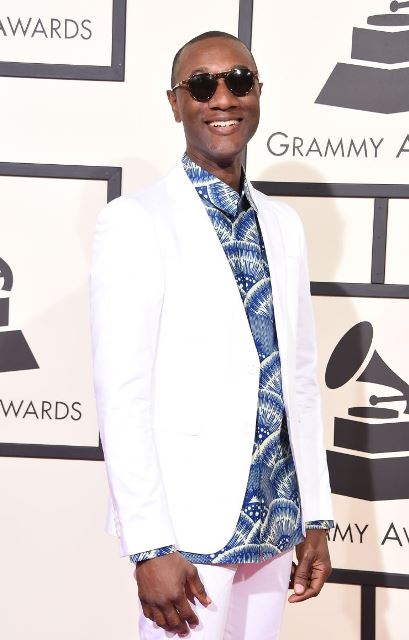 One cool cat of a fella! Aloe Blacc’s soulful swagger seems to speak up from the patterned shirt and white blazer that he decided to don for the 58th Grammys! 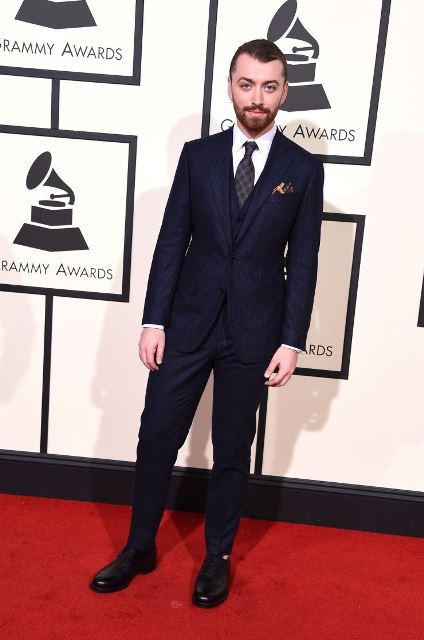 This Thorn Sweeney suit is a three-piece tuxedo which will never ever be out of style. Hmmm… especially if put on like this! 😉 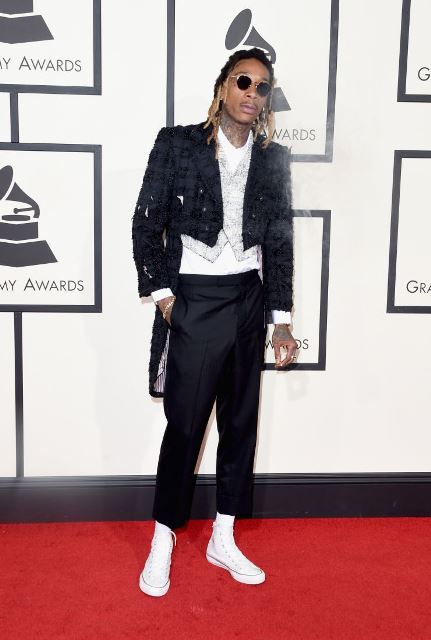 Whenever you think of words like cool, dapper, and spruce, you think of Wiz Khalifa. Last night was no exception. Cheers to Kanye, for telling us #WizWearsCoolPants! 😉

So while low-plunging necklines were the in-thing for the ladies, the men had some fun with colors this year. These 12 stars brought their A-game for music industry’s biggest night for Grammys 2016! For those who missed the mark, better luck next time! And those who went overboard (a little?!) we have a different listicle coming up! Stay tuned!