The living well of talent, Elizabeth Stamatina aka Tina Fey is an American writer, actress, producer, and comedian whom we all love best for her immaculate impressions. Earning her huge fandom with her refreshing take on humor, she’s not only hilarious with her quips but also matchless in the ease with which she breaks the bigger messages leaving you laughing your insides out on food for thought. Here are some of the best Tina Fey quotes that are so quintessential Tina Fey that they will trap you in a Fey-ian kaleidoscope of wit, comedy, and an extraordinary outlook towards life. Enjoy! Know what? Bitches get stuff done.

And this is exactly how it’s done – so, just suck it up haters!

2. The perfect take on perfection

It will never be perfect, but perfect is overrated. Perfect is boring.

Understanding how perfect an imperfection is was never as beautiful, right?

To say I’m an overrated troll, when you have never even seen me guard a bridge, is patently unfair.

And now you know why you never mess with Tina Fey! 😛

Say yes, and you’ll figure it out late.

Wear that ‘can do’ attitude and you’re dressed ready in the invincible.  Was solving problems ever so easy?

Suggested read: Iconic quotes from Rumi that will guide you through life

5. That’s how you drape the rape blabbermouths!

If I have to listen to one more grey-faced man with a 2$ haircut explain to me what rape is, I’m going to lose my mind!

You DON’T know what it feels like until you do- so, with all due respect, STFU!

Do your thing and don’t care if they like it.

Your life, your rules…

Confidence is 10% hard work and 90% delusion. Just thinking foolishly that you will be able to do what you want to do.

Whoever knew the truth before this, eh?

8. Solving the most annoying problem once and for all

Whatever the problem, be part of the solution. Don’t just sit around raising questions and pointing out obstacles.

9. It’s beauty at its best, ladies

If you retain nothing else, always remember the most important rule of beauty, which is: who cares?

You can tell how smart people are by what they laugh at.

11. That’s how you put an end to anything that’s weighing you down

I’m unstoppable because I don’t know how to stop.

When choosing sexual partners, remember: talent is not sexually transmittable.

And somebody finally said it!

You know who does have a funny bone in her body? Your mom every night for a dollar.

The next time you want to shut someone up!

14. For issues that matter…

15. And there’s the line we needed to draw

16. Cry them a river and let them drown in that!

Some people say, ‘Never let them see you cry.’ I say, if you’re so mad you could just cry, then cry. It terrifies everyone.

Isn’t it just the weapon you need, sometimes?

I am constantly amazed by Tina Fey. And I am Tina Fey.

Where else would you find such contagious confidence?

And now that you have gulped the choicest wow-worthy Tina Fey quotes, I can only hope you emerge on the other side better equipped to fight troubles with laughter! 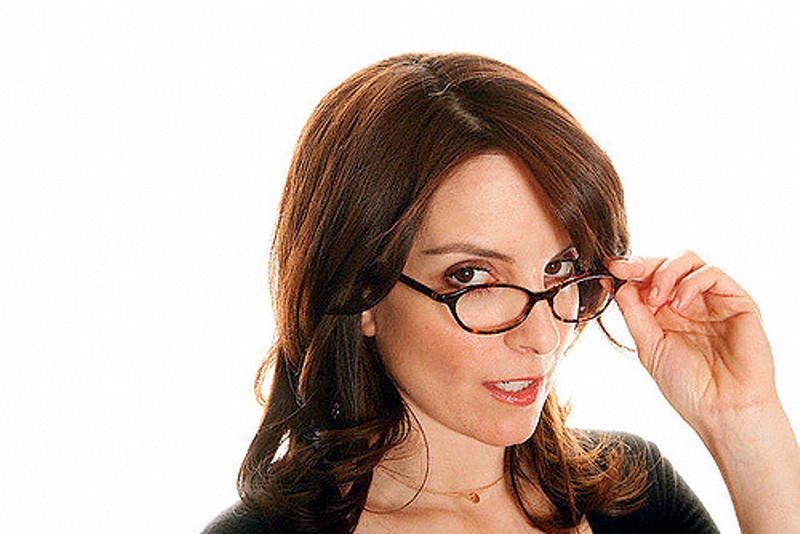 Article Name
17 Tina Fey Quotes That Prove That She Is One Spunky Lady
Author
Sneha Fatehpuria
Description
You want a hilarious way to solve the insane problems of your life, the sane way, turn to Tina Fey quotes.