25 Of The Biggest Dating Deal Breakers For Women

We all look forward to certain aspects of dating and relationships and have a little mental (and in some cases, literal) checklist of what we desire. Likewise, we all have a few pet peeves that we cannot take our minds off of. Each person has a different level of tolerance for the other person’s idiosyncrasies, and in most situations, lack of courtesy. To maintain a lasting and successful relationship, you not only have to share physical chemistry or a deep emotional connect, it’s the little things that you pay attention to. Like how much sugar do they take with a hot beverage or which channels on the television or radio they avoid.

Hence, every person has a different set of dating deal breakers.

Although these deal breakers are unique to an individual, there are some basic ones that almost every woman seems to have. So, here’s a list of common dating deal breakers that most women seem to have:

If you have bad breath, unclipped, dirt-crusted nails, not covering your mouths while coughing or sneezing, bad table manners or body odor that suggests the need for a shower; you should put down all hopes for a romantic life.

Someone who talks and thinks about himself all the time is capable of dating only themselves. In other words, he is selfish, not to mention self-centered. It’s supposed to be an exchange of thoughts, feelings, and attachment. A one-sided relationship can cause deep psychological harm.

This is not just a deal breaker; it’s reason enough for anyone to be dismissed. A person who’s bigoted or prejudiced in any sense and looks down upon people of any race, sex, caste, creed, religion, or color is a liability that may prove dangerous to social development in general, let alone being considered for dating. And if you are a misogynist, don’t think of associating yourself with the kind of people whom you consider beneath you.

We don’t live in a social order that reckons polygamy to be an ethically or otherwise legitimate practice, except maybe in some cultures. Hence, a man whose faithfulness is questionable, is a man that no one can or wants to rely upon. If you turn out to be a man who can’t keep it in his pants and seeks attention from every person who is a potential romantic interest, you are not someone women will want to stick to for too long.

If there is anything more annoying than a guy who talks about himself, then it’s a guy who sings his own praises all the time. Self-love is nice. But when you show off, you just prove how cocky you are. People don’t want to hear about your awesomeness all the time, and neither will the woman in question.

This might be a term too indefinite because so much can be labeled as creepy or weird. However, creepiness, here, is being used politely to refer to those scumbags whose idea of dating is staring down your shirt and making you feel uncomfortable without any regard to your discomfort. Every girl wants a man around herself who makes her feel safe and not preyed upon. So yes, this is a ‘deal breaker.’

This is one of the foremost dating deal breakers in any relationship. Tough love is not the same thing as mollycoddling and imposing your point of view on them. Do you happen to be the kind of person who has to be on top of everything? You’re not only a  control freak then, you’re also arrogant. Suffocating relationships are terrible – this is not imposing my opinion on you, it is a plain fact.

8. Jealousy to the point of paranoia

In case you are too wary of any potential threats to your relationship and you are trying to be around the woman in question all the time to make sure she doesn’t get hit upon by other men, is the most clear way to showcase your complete mistrust and utter stupidity. Obsessively jealous people are very annoying, and no one likes to stay around them.

You might be right, you might be wrong. There are few things in the world that can be classified as right or wrong, black or white. You may not be dating a person who has the same preferences as you, and in that you are supposed to meet midway and not be childishly obstinate. Compromise, and you get to be in a relationship. Otherwise, you just created a deal breaker.

If you are the kind of person who thinks picking on weaker people and bullying is funny, you are someone no person can date. If you would flirt or go out with other people just to spite someone, you fall under this category too. People don’t need that kind of negativity and rudeness in their lives.

11. You are a habitual user of drugs or nicotine

If you conceal any addictions that she does not understand or tolerate, she will breakup with you at some point. Occasional consumption may be fine but if you have any addiction, she will be repulsed and not just because of any physical manifestations.

It’s natural to be angry at a person who is trying pursue your romantic interest and you may have a talk with them, but behaving like you own them and no one else has the right to your property is lamer than when they showed stuff like this in the movies and people liked watching it. It is not possible to possess a person! They’re not your pet, and so they will not tolerate behavior of this sort.

Overprotective may not always be a bad thing. It means you are too concerned for the well-being of your loved one but you have to let people go sometimes. Otherwise it begins to feel like a constrictive relationship. What is life without a tad risk?

Suggested read: 8 things that shouldn’t be dating deal breakers, but totally are

It’s a dating deal breaker, to no one’s surprise. No abuse – physical, verbal, emotional, sexual – should be inflicted upon or tolerated by anyone ever. If she is being shamed and shattered over and over again, she is not only in an unhappy relationship that she will exit, she is leading half a life. No one deserves that.

It is said that women mature faster than men. It might be a little sexist to say that, but in the end, it doesn’t really matter because at a certain age, everyone knows what’s okay and what isn’t. No, not everyone does and these are the men who don’t grow up. If you are the kind who is into potty humor and fart noises make you giggle genuinely, then somewhere, somehow, you never really grew up, and that makes you okay for a guy to hang out with and laugh about nonsense, but not the guy she would like to date.

There is some debate on whether you should date like-minded people, but everyone finds it easy to be around people who think like them. On the contrary, girls are aware of guys who agree on everything they say and nod their heads. No one wants to date a spineless jellyfish. Every person is an individual with their own set of beliefs and thoughts, which may coincide with yours from time to time, but not always. Otherwise, they could just be dating an inanimate object.

You seek a serious relationship, she just longs for casual fun. You can’t stand the idea of having children, she wants to have children. She is a tourist who takes little vacations in other people’s lives looking for new experiences and stories, while you genuinely try to make true relationships with people. So naturally, if you don’t have the same thing on your minds, there is no point for you to be in the relationship.

If you have a predicament that makes you rather unfit for the dating game, like a weird family or a peculiar way of life or if you happen to be one of those people (they really do exist) who wear 3-D glasses all the time, maybe she might not deem your strange ways worth it.

Homophobia is sometimes described to be a defense mechanism to anyone or anything that threatens someone’s heterosexuality. Men who find homophobic slurs funny or those who use them and not in the ironic sense, are actually very insecure about their masculinity. No one wants to date a rude, brash, and insecure jerk.

Why would anyone want to date a man who can’t control his temper? A person who can control his anger is far mentally stronger than those who cannot. However, uncontrollable rage is terrible. Screaming at every person on the road while driving, not being able to laugh at yourself, and worst of all, flying off the handle when you don’t get your way – are major dating deal breakers. No one cares about what you think when you take yourself too seriously. The world does not revolve around you and neither will your romantic life work when what you really need is anger management classes.

20. Impolite and lack of manners

The most accurate way to encompass every person who doesn’t chew with their mouths closed, spits on the road, calls out rude names to people he does not know, is that they are generally unpleasant people. The whole purpose behind dating is to find a person that not only helps them have a good time, but also makes them feel nicer. Hence, rude men are too bitter to be around.

There are these people who need to know where you are and what you’re doing every single minute, and if you are too busy or don’t reply for some reason, they’ll bother you even more. For them, women have three words – get a life.

Lying is sometimes unavoidable in certain situations of our lives, but when dating a person who lies unnecessarily or makes stuff up for no reason, is rather messed up because you cannot trust them, and without trust, no relationship ever works out.

Do you make plans and cancel them too often or say things and then change your mind about them? If yes, then you are fickle. You can’t be relied upon and your word does not mean much. If you have no concern about keeping your time or word and cannot be depended upon for the simplest of things, the girl may not regard you for someone to share her future with.

A person needs to be satisfied in every respect in order to be happy. A woman wants a man who not only satisfies her physically and emotionally but one who can deal with her life and schedule while keeping up with his own. Everyone has their own bag and baggage and in the midst of all, you need to find some time for other people. If you are too incompetent to deal with everything, she will not consider you a partner fit for long-term relationships.

Suggested read: 13 winning pickup lines that shall seal the deal

Yes, clingy men are the worst. So are men who are least bothered whether you stick around or not. So, indifference is a deal breaker.

A woman is will breakup with you if she thinks she is not cut out for a taxing relationship. People may judge her for whatever reason she exits the relationship but regardless of that, no one is obligated to stay there to support you. She can still choose to stay with you because maybe you do have some redeeming qualities. In spite of that, if you try to understand these deal breakers, you will not only be a better person, you will also be able to keep your partner happy. And that should be reason enough for you to start questioning your attitude. 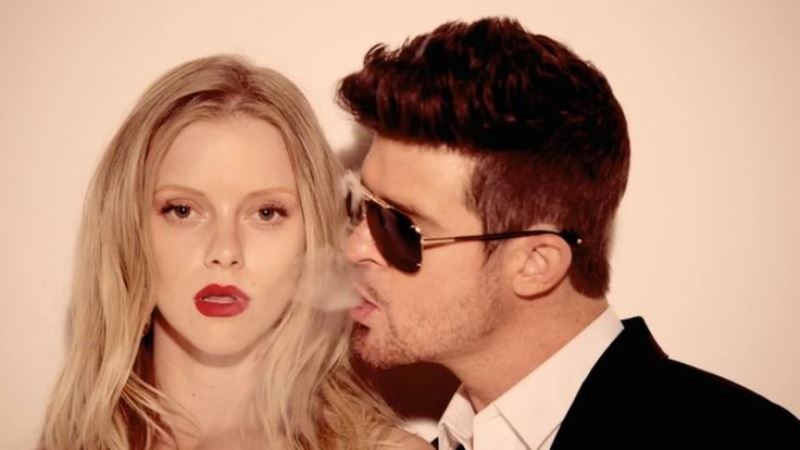