One of the biggest problems that continues to plague the Hollywood film industry is that of under-representation and stereotyping of its female characters in movies. There have always been finely compartmentalized archetypes beyond which most filmmakers, knowingly or unknowingly, have refused to venture when it comes to the female characters in their films. You either have the manic pixie girl, the femme fatale, the damsel in distress, the girl next door, the queen bee, and others. If you think about it, almost every female character that you have ever encountered in movies can be fit into one of these fixed prototypes.

Suggested read: #InternationalWomensDay Celebrating WOMAN: 16 Powerful Female Characters Who Spoke What Was In Our Hearts

While archetypes have been known to exist in all forms of literature, it tends to become problematic when they reinforce stereotypes and act as hindrances for the exploration of characters who might be different. One thing that remains constant is the fact that no matter which archetype the woman fits into, her destiny in the film remains subservient to that of the male hero’s, and remains in the shadow of the male protagonists. For example, even in the case of intelligent and strong-minded young women as Hermione Granger, who was as important a character as Ron or Harry in the Harry Potter series; her intellect and capabilities existed solely to help the boys in every step of the way throughout their adventures. This does not mean that all writers and filmmakers are raging misogynists who want to see women only in the sidelines; it means that we are all so used to the concept of the woman existing to serve the man. Stereotypes such as these have been deeply ingrained within us and we don’t even realize it.

Think of the female characters in most of the rom-com movies that you’ve seen. For almost all of them, the only way the void in their life can be fulfilled is by achieving romantic validation from a man. If a man doesn’t go head over heels for a woman and tells her how she’s different from any other girl he’s laid eyes upon, how else shall the woman’s self esteem be raised to a healthy level, right?

We ourselves have been guilty of watching these movies that give us unrealistic notions of love and beauty, and incessantly tell us that the only way a woman can feel beautiful is when a man tells that to her. And while these definitely are guilty pleasures we sometimes can’t help but indulge in, it is important to remember that the characters and situations portrayed in these movies are about as real as those in sci-fi movies, and trying to emulate them in real life is not only problematic, but also implausible and unhealthy.

Even in the case of movies which have a strong female lead character, there is a tendency of stripping these characters of their ‘feminine’ traits, and endowing them with masculine traits for them to be taken seriously by others in the movie. These are the women who are ‘not like other girls’. They don’t have the time to dress up and look pretty; they do not possess the supposedly feminine traits of mercy or compassion; they kick ass the way men do. What’s more problematic is how for a female character to be strong, she basically has to be exactly like a man; thus, proving that women, by themselves, do not have what it takes to be ‘strong’.

It’s difficult to find a female character in movies who isn’t a mere show piece meant for objectification; a character that doesn’t have to have masculine traits to appear strong, both mentally and physically; a character that has a mind of her own and has the agency to shape her own destiny the way she wants to; and is just as capable, in all aspects, as all her male counterparts in the film. However, it’s not impossible either. Some filmmakers have indeed been able tosucceed in this Sisyphean task and have created such memorable characters in Hollywood films. Here are some of our favorite female characters in movies-

Rarely do we find in romantic comedy movies, a woman with such agency as Summer. Tom (Joseph Gordon Levitt) did not really love Summer, rather he was in love with the image of her that he had created in his head. The pieces of the image of an ideal female lover had been put together in his mind from all the movies he had seen and the love-songs he had cried over.

Summer refused to conform to the projections of Tom’s love-struck mind; she did what was best for her (and Tom, too) and, married and settled down when she herself thought the time was right.

The women in this movie deserve a separate article altogether because of the dynamic, power-packed performances delivered by each of them and also because of the strength of character they possessed. Out of all of the ladies, Lupita Nyong’o’s Nakia, T’Challa’s ex love interest, was the one who stole her heart.

She stood by him through every obstruction, as a friend and as a true citizen of Wakanda, but never for once did she lose sight of her main objective: of helping people outside Wakanda who have no one to save them. In fact, it was her unwavering conviction towards her cause that led T’Challa to ultimately help the rest of the world using Wakanda’s resources.

Uma Thurman kicked ass and smashed patriarchy in this Tarantino classic. Even though her character was de-feminized in many ways, perpetuating the notion that a woman must possess certain masculine traits (especially in terms of physical abilities and appearances) in order to come off as fierce, and capable of seeking revenge; Thurman’s character had a mind of her own.

She could have easily given up at any given point, but the fact that she continued fighting till the very end shows her impeccable courage and power. Moreover, not only was Beatrix an excellent assassin with the perfect revenge plan, she was also a caring mother who desperately wanted to be reunited with her daughter. Details like these go a long way in broadening the scope of the roles women play and help to invalidate stereotypes.

This isn’t the kind of film one would consider empowering, but Juno’s story does exactly that and much more. It deals with teen pregnancies the way they should be dealt with, not a taboo but lessons in life from which one can learn. Juno, in spite of being merely about 16 years of age, gets pregnant. She then decides to give her child away to a family that has been trying to have a baby, because she knows she isn’t ready to take on the responsibilities. In an age where women have no agency over their own bodies even, characters like Juno teach us a thing or two about respecting a woman’s body and what she chooses to do with it. Brownie points to Juno’s parents for being ever so understanding and patient with their daughter. We need more parents like them.

5. Lili Elbe from The Danish Girl

If you’re looking for a woman who had a mind of her own, then you cannot forget about the ever smiling Lili Elbe, someone who faced one of life’s biggest challenges with an undying passion for what she believed in. She spent her life trying to be true to herself at all times, and died in the exact same way. All she wanted was to just be given the freedom to be herself and a happy life on her own terms. Isn’t that what being a woman is all about, anyway? All we want is to be given the due respect any individual is deserving of, and the freedom to live according to terms that are ours only and no one else’s.

Suggested read: 9 Famous Characters From Literature Everyone Loves… But Who Actually Suck

The films we watch have an impact on the way we think and perceive our surroundings. They help in shaping our perceptions, beliefs and also expectations from different aspects of life. Any form of art, for that matter, has the potential to change public opinion on certain issues and also raise awareness regarding problems we may not have noticed otherwise.

Having female characters in movies who can make their own decisions; showing that women too are capable of everything that men are capable of; giving her a story and background that’s as meaningful and important for the main plot as any man’s would have been; allowing the character to be more than just a love interest or a mere facilitator on the male protagonist’s journey to greatness; these are the things filmmakers should be focusing on when making their films. There is so much more to a woman than just looking pretty; her strength isn’t defined by the absence or presence of masculine traits in her. Women are fine just the way they are, and it is high time that Hollywood took notice of this fact and reflected it in its movies. 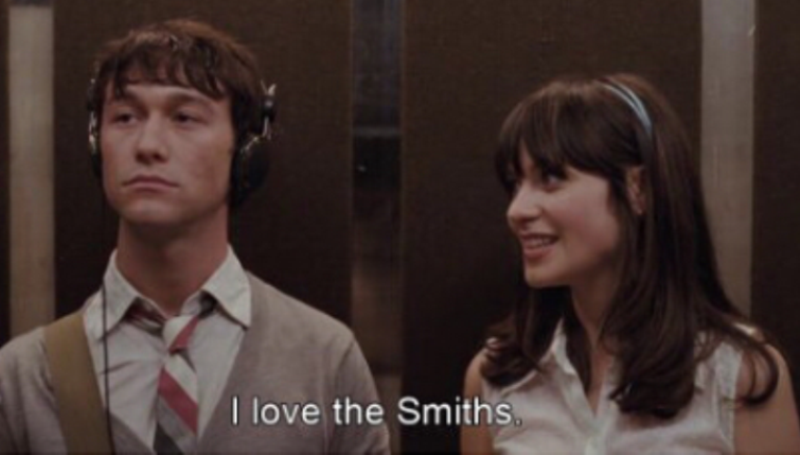 Article Name
5 Female Characters In Movies Who Had A Mind Of Their Own
Author
Sanjukta Bose
Description
We're really tired of sexist films, which is why these strong, outspoken female characters in movies legit gave us life! Check out who made it to the list.