Over the past several months, the ALS Ice Bucket Challenge has garnered massive media attention, and has clogged our news feeds with various unrelated people doing it as part of the trend, or someone challenged them to it, or just to amuse themselves. Basically, the #ALSicebucketchallenge involves dumping a bucket of ice water on one’s head, in a bid to promote awareness of the disease ALS, Amyotrophic Lateral Sclerosis, and donate money towards research.

One particular video among the hordes of them uploaded across the Internet went viral in August, getting more than 16 million views. This was Anthony Carbajal’s ALS Ice Bucket Challenge, who at 26, was diagnosed with the disease. In the video, Anthony revealed that his mother Catherine Scott, is also fighting the disease, which is also known as Lou Gehrig’s Disease. He also explains his own struggle with the disease, as well as his experience taking care of his sick mother. ALS is a neurodegenerative disease that affects nerve cells in the brain and the spinal cord.

This past weekend, another video of Anthony’s was making the rounds on the Internet. This one shows his disease-ridden mother dancing with his sister, Vanessa Marie Carbajal, at her wedding. After a health scare, his mother wheels herself back onto the dance floor to share the special moment with her daughter. 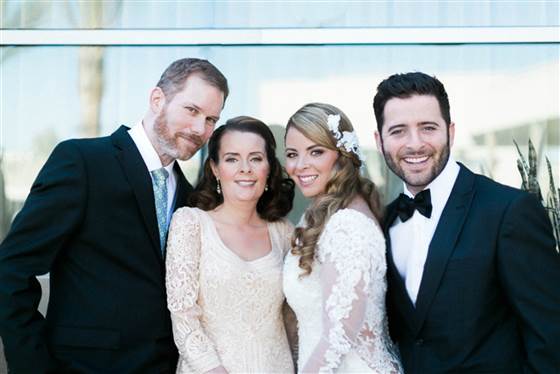 Catherine Scott, second from left, appeared to suffer a concussion after a fall following the ceremony

On September 26th, Anthony’s sister Vanessa married Bronson Escobedo at the Betty H Reckas Cultural Center in Long Beach, California. Apparently, everything had been going smoothly. Catherine got out of her wheelchair to stretch her legs, but lost her balance and fell, hitting her head on the ground. Vanessa, who doesn’t have ALS, said her mom appeared to have suffered a concussion, and wanted to know why paramedics had arrived. “She was asking why they were there, were they there for her,” said Vanessa. “She had no idea that she fell. She had no memory of it whatsoever. So, that’s when my heart dropped, and I was kind of like, ‘Oh my gosh.’ It was a really scary moment for us.” 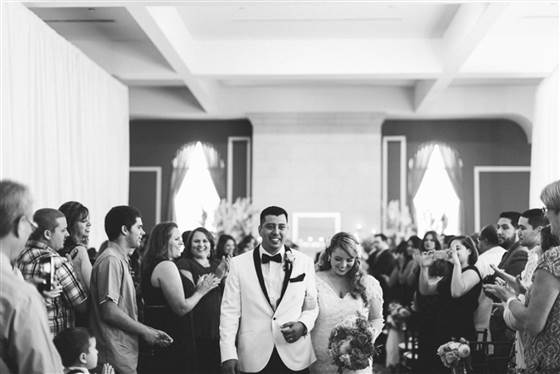 Vanessa Marie Carbajal with her husband Bronson Escobedo, during their reception

When the paramedics insisted that Catherine be taken to the hospital, she initially resisted. “I told them to get the [heck] out of there,” she said with a laugh. “I didn’t want to leave the party.”

Anthony revealed that not only had his mother planned much of his sister’s wedding, but had also endured multiple medical procedures in the weeks leading up to the ceremony, fighting to become strong enough to attend Vanessa’s wedding.

Following her hospital visit on account of her fall, Catherine managed to make it back in time to her daughter’s wedding reception, for one more meaningful song – Wilson Phillips’ ‘Hold On.’ “My mom used to sing that to us,” shared Anthony. “It was one of her favorite songs when I was a kid.” 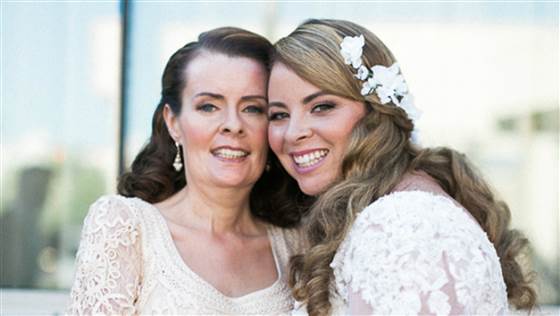 Rejoining her daughter on the dance floor in her hospital gown, sitting on her wheelchair, Catherine watched as her daughter danced beside her during the final moments of the reception. “The reception hall agreed to stay open an additional 15 minutes, just so I could bring out my mom,” said Vanessa. “Everyone was clapping for her. I was singing to her. I just wanted my mom to know that she’s love, that she’s special and that this whole wedding happened because of her.”

Her mother, Catherine, gushed, “I just couldn’t take my eyes off of [the bride]. She was more beautiful to me in that moment than she ever had been before. Tears were just flowing down my face with joy. I was just so overwhelmed with happiness.” 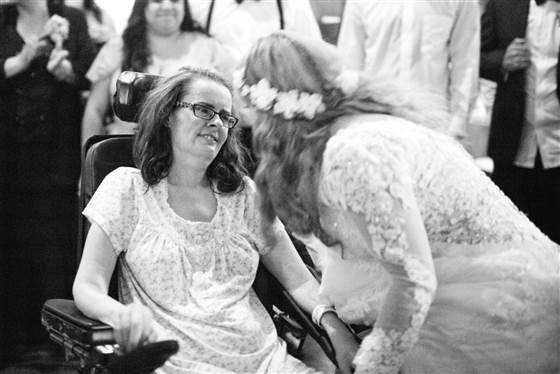 Catherine had this to share with us: “I believe that life is what you make of it. You either go get ‘em and see the beauty of everything and do what you can, when you can, or you just do nothing; it’s just your choice. And I’ve always had to work hard for everything I had. And I just know the value of being positive and strong and keeping it together, because, you live a better quality of life, and I don’t want to look back and have any regrets, you know?”

As the disease has progressed, Catherine’s speech has slowed, but she is determined to make the most of her words and actions. “You can’t allow any situation to bring you down,” she said. “If it does, snap out of it, because there’s one life to live. You’re not dead until you’re dead. Our family tries to live and to do what we can. There’s just so much living left to do. People, when they first meet you, they see you as a person with a disease, but we still have so much to offer the world. We’re just doing everything we can to try to push advocacy, and get funding for research, so that, hopefully in the future, there will be a treatment or a cure, so that people won’t have to suffer from this disease anymore.”