Arguments Against Abortion Everybody Hears And How To Slam Them

What do most arguments against abortion sound like? “Hey I don’t share the same ideas about sex and life as you but I’ll still continue to tell you what to do with your body”. Seriously, I’m not even generalizing at this point. People hold ape-ish views about sex and conception and expect people to conform to it, that’s really the root of the entire anti-abortion problem.

Here are a few arguments against abortion and how to tackle them:

This is one of the more popular arguments that anti-abortion activists make. The question that this argument is based around is, at what point does ‘personhood’ begin? Is it the point when an egg fertilizes at the end of a fallopian tube? Can we really call this result of intercourse a living human being, with its own rights? Of course not. It’s not even self-aware to make abortion synonymous with murder, by that logic we’re murdering hundreds of cells every day. The ideal point where ‘personhood’ should begin is when the baby is conceived,  even though it’s still not self-aware, it has a body of its own and has a tangible form of existence; unlike a collection of cells somewhere near the uterus.

2. “Why do you need abortion? Why can’t you have sex with protection on or abstain completely if you’re not ready for a baby?”

The idea that ‘sex’ is only a tool for creating babies is quite 19th century-ish. The idea of “do it with your husband when you’re ready for a baby” is quite orthodox and has no place in modern society. Sure, if you and your partner personally subscribe to that ideology and that’s what you want to base your life on, that’s your business. But the entire problem with anti-abortion arguments is these people feel obligated to make judgments and decisions about other people and their sex lives.

3. “Way to be irresponsible, slut”

Oh yes, the good old slut shaming. It’s almost as if society as a whole has a personal vendetta against people who have sex and are vocal about it. Religious conservatism shows similar traits, but slut shaming isn’t limited to religion. Many people ARE conservative by nature, even though they’re not religious. Again, being conservative isn’t the issue, judging people by your standards and being intrusive in their lives is.

4. “You’re treating sex like a plaything. It’s something spiritual and creates life”

It doesn’t necessarily create life, also sex doesn’t encompass fertilization. In the 21st century it’s a form of recreation, often performed as a sign of love. It is something beautiful, we don’t necessarily have to bring the ‘creates life’ false aspect of it to make it sound more spiritual do we? Problem with society is it spiritualizes sex too much, and ironically at the same time making it a big taboo.

This is indeed one of the lesser and weaker arguments that one can make, but I’ll address it anyway. The answer to this is, I wouldn’t really know if I was aborted. It’s the same as “you don’t ever regret suicide”, I wouldn’t be in some sort of afterlife ranting about how unethical and irresponsible my parents were. I wouldn’t exist, and besides, the world would have one less mouth to feed. With phenomena like population explosion, global warming, food shortage, etc. it’s really not possible to just ‘abstain’ from having sex and solve issues. Sexual protection is the number one precaution, and when all else fails, abortion shouldn’t be a controversial recourse.

People are legitimately afraid of teen pregnancies, which are more or less skyrocketing. At this point, these women are cut off from the social circles and they can’t even talk to their families. We should normalize abortion to the point that it’s not a taboo anymore, and it’s just seen as a woman taking the right decision about her body. It’s okay, you made a big mistake. Don’t we all? Of course abortion has some of its own cons when it comes to health, but none of it measures up to how badly an untimely conception can screw up the rest of your life. 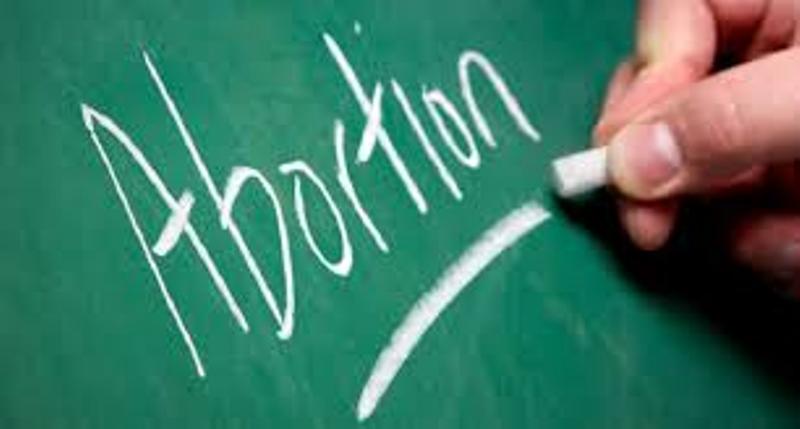 Article Name
Arguments Against Abortion Everybody Hears And How To Slam Them
Author
Siddhartha Bose
Description
Pro-lifers make arguments against abortion, but you need to know how to slam them. Here's how...