Married At Church: Asin And Rahul Sharma Are Now Man And Wife

So it’s official now! Asin and Rahul are man and wife! The wedding vows have been exchanged in an intimate Church wedding ceremony!

The couple were supposed to have a twin wedding: a Christian one, in the morning and another, according to the Hindu rituals later in the afternoon. Sources have it that the couple said their vows in a church this morning, in front of 50 guests. Yes, it was a very private affair. The shaadi, however, will be graced by around 200 well-wishers at the Dusit Devarana resort in New Delhi.

This is the hotel (@DusitDevarana ) where #Asin will be getting married to @rahulsharma on 19th January 😊 pic.twitter.com/YflpXwIKR3

As soon as Asin made it public, during the promotions of All is well people have not been able to shut themselves about how lavish this wedding is going to be! The couple and their wedding became the talk of the town when Rahul Sharma, the co-founder of Micromax, presented the actress with a ring worth, brace yourselves (!), Rs. 6 crores 20 carat solitaire ring!!!

Can you spot that ring! Woah!

Once Asin posted a glimpse of her wedding card on her Instagram handle, people were going bonkers!

Akshay Kumar, the man who acted cupid and brought the two lovers together, received the first invite when he was in the capital for the promotions of his upcoming movie, Airlift.

#Repost @akshaykumar ・・・ "Guys my dear friend Asin is new on #Instagram, how about showing her some #instalove

Suggested read: Why Asin is ‘rock’ing the wedding scene

Akshay Kumar very recently was quoted saying that Rahul rocked the traditional Malayi attire on Onam. He looked like a Malayali paiyyan, said Khiladi Kumar. He further added that Asin looked like a true Punjabi kudi when she wore a pretty suit for Rakshabadhan! He called them a pan-India family and also said that they are perfect for each other!

No wonder he got the first invite! 😉

To believe the news, Akshay was also the best man to Rahul for the Church wedding today.

According to the report on the wedding, in a leading Indian newspaper, the menu for the wedding will be strictly vegetarian. There will also be a special 10-tier exquisite vanilla cake to celebrate the coming of hearts in this majestic occasion.

#Repost @asin_turkey I continue because I love this pair. 🙈😘 anyway, I'm just waiting for the wedding….I'm very excited , hmm it's like I'm getting married😆😂

For the Christian wedding, Asin wore a Vera Wang, and a little birdie has told us that she is sporting a Sabyasachi Mukherjee creation for the Hindu ceremony in the afternoon.

The couple will be throwing a bash on the next day, that is, the 20th at the bridegroom’s private guest house. This will again be a very reserved event, restricted to very close friends and family. Akshay Kumar has been invited to this party as well. 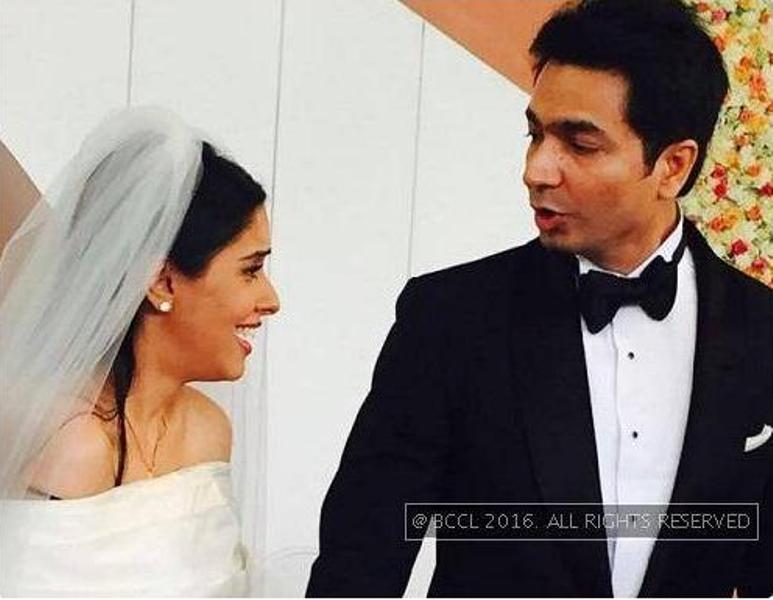 The newly-weds have also organised a grand reception for their friends and families in Mumbai, on the 23rd of January. Big names like Salman Khan, John Abraham and their likes are expected to bless the occasion! We are yet not clear about whether Asin’s colleagues and friends from the Southern film industry will make it to the reception in Mumbai.

The Kerala-born film actor shot to popularity down south and reached the pinnacle of fame much before she was introduced to Bollywood. She started her career in B-town with Ghajini, a movie by A.R. Murugadoss, which featured Mr. Perfectionist, Aamir Khan. She has settled down here in Mumbai after that and hasn’t made a comeback in South Indian movies.

The NLT team wishes the couple the very best for their future together! ☺

For the earliest details on the Hindu wedding, stay tuned to our website. ☺

Article Name
Asin Wedding To Rahul Sharma In A Church
Author
Riya Roy
Description
With the buzz about Asin wedding going on for months now, it has finally happened! Asin and Rahul Sharma are man and wife!