Famed for her bushy eyebrows, bold tattoos, and whacky faces, British supermodel Cara Delevingne first appeared in Vogue Italia shot by famed-photographer Bruce Weber when she was only ten! Since then, the bold and beautiful babe has had such eventful years up until she has turned twenty-two, that we wonder if walking as many runways as her is possible for us mere mortals in one lifetime! 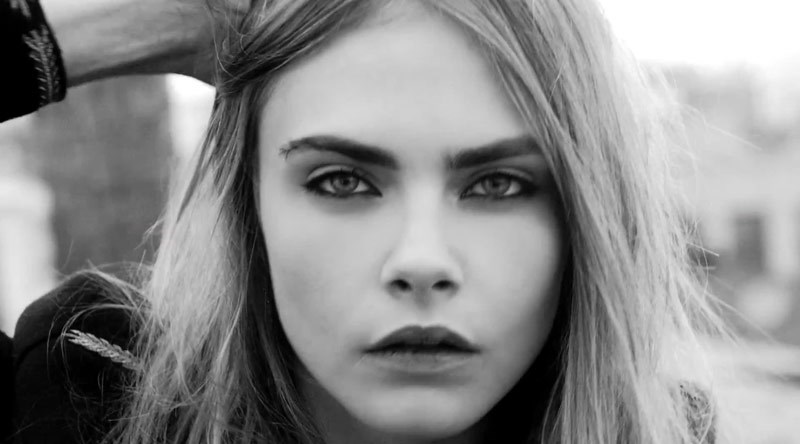 Behold her spectacular achievements and some quirky fun facts about the talented model-turned-actor vis-à-vis eye-popping numbers: 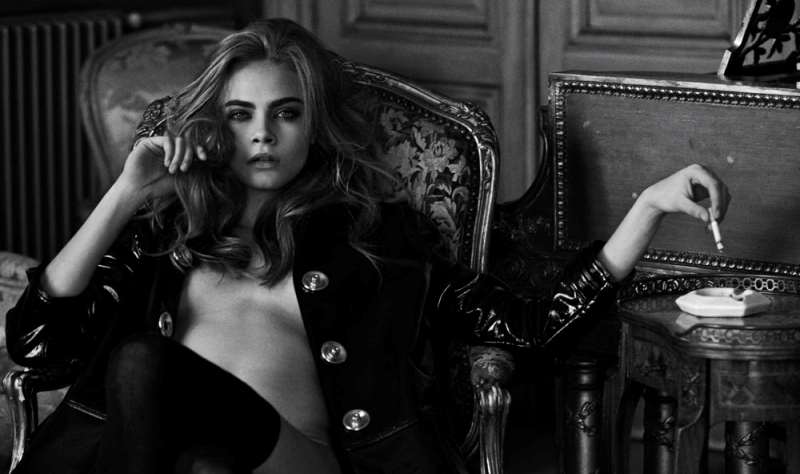 And if these aren’t enough to evince the popularity of this bold-ilicious babe, you only have to check her rankings on Google and Youtube searches. And oh, whilst you are there, be sure to check out her rendition of ‘I Want Candy.’

Recently splattered across tabloids and cyberspace owing to her super-lavish vacations with BFF Rihanna (oh, to be a fly on that yacht in Monaco and Barbados :P) … hanging out on the regular with Rihanna …

..her topless stint on Instagram to promote the FreeTheNipple campaign, by joining the ranks of her (and the world’s) favorite bad girl Rihanna, model Anja Rubik, fellow Brit model Suki Waterhouse, Scout Willis, and advancing the cause…

..and her never-ending string of acting assignments and the promotional shoots, thereof – Delevingne has had quite an enviable trajectory – and not just professional! Pictured here with her Paper Towns costar, Nat Wolff…

Her multitude of tattoos on display in this red carpet pic for the Met Ball.

And not to forget her other BFF, Taylor Swift, with whom she spared screen space in her latest video, Bad Blood.

Here are some more visual treats from Cara Delevingne Instagram pictures of her super-hot life. Cara in almost no makeup in this pic…

Cara planting one on a rat 😛

A goofy pic with Miley Cyrus and Zoe Kravitz at the Met Ball.

An oh-so-adorable childhood pic of Cara…

Another goofy pic, this time with a slice of pizza!

Well, that’s all the glimpse we’ll give you into the interesting life of Cara Delevingne Instagram life. The rest is for you to figure out! Ciao!