Fathers are a peculiar bunch. They are born the moment the child is born. And if that child happens to be a girl, then all their protective instincts kick in, and they’re there for the rest of their kid’s life. They are the first heroes for us daughters. They are there to guide us through the difficult times. They are there when we fall down, helping us pick ourselves up and dust ourselves off, and move forward. They are there to tell us how proud they are of us even when it is something small that we’ve accomplished.

And when their little girls are grown up and are ready to start their own families, fathers don’t hesitate to make the wedding day a day to be remembered. What more could a daughter ask for her wedding present than for her tone deaf father to be able to belt out a popular song by the king of rock and roll himself?

That is precisely what John Butcher, 50, from Allington, Kent, has done for his daughter. 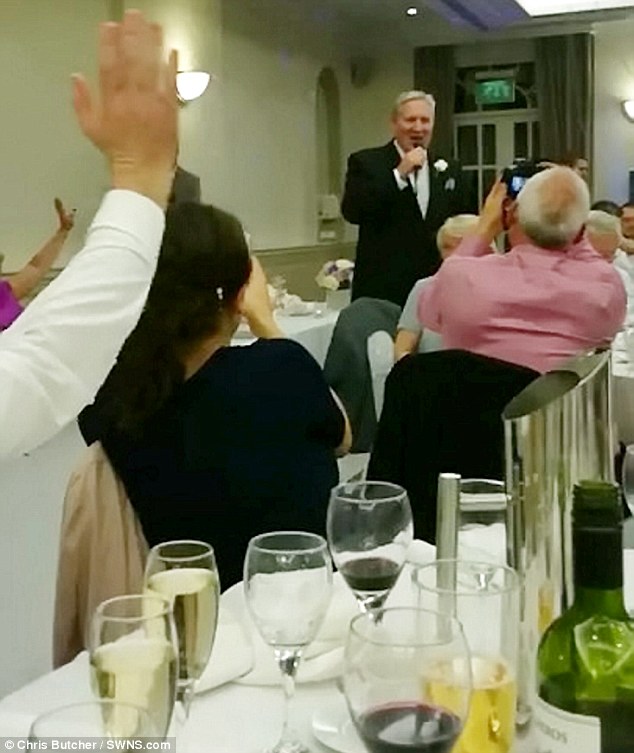 John serenading his surprised daughter at her wedding reception

In an attempt to surprise his daughter, Natalie, on her wedding day, he apparently spent nearly 200 hours learning to sing during the run up to the D-day. He secretly took singing lessons for more than six months, and practiced for 180 hours at home so that he would be at his best when the day of his performance came around.

John kept the whole thing under wraps, keeping even his wife in the dark. Only his son Chris, 26, knew of his father’s plans. He even hired a singing coach, Darren Eiffert, to help train him. And when the big day came when Natalie, 26, married software developer Ian Wright, 29, the proud father belted out the Elvis classic, “Always on my mind,” much to the shock and surprise of his daughter and the guests.

John said that he came up with the idea to sing at the reception in April, and so signed up for lessons so that he could impress his daughter and the wedding guests. 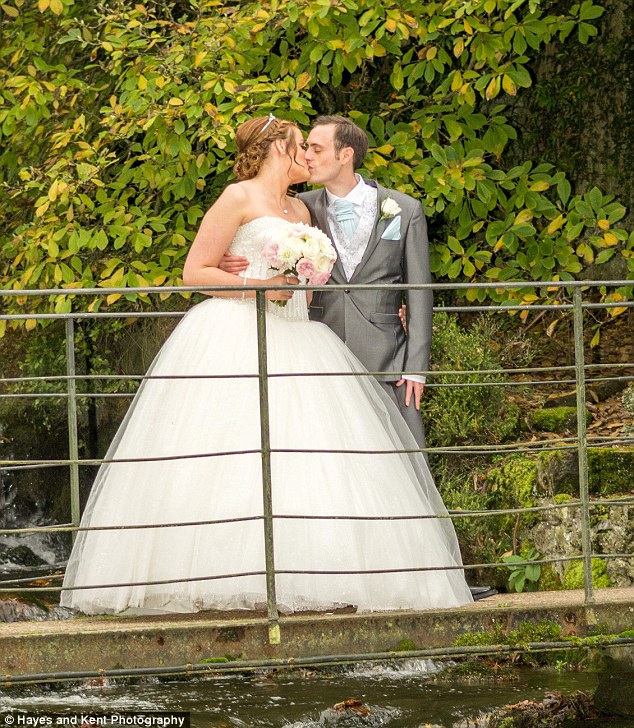 Natalie and Ian Wright kissing after the ceremony

Natalie said that her father’s rendition was the icing on the cake of her memorable wedding day. She said, “We had the most amazing day which was finished off perfectly with the surprise of my dad singing after the speech. I was in shock but touched by the choice of song and the amount of effort that had gone into the preparation. Everyone seemed to be as blown away as I was and it is something I will never forget.”

John’s performance left his wife, Mel, equally stunned and touched by his gesture. She said, “I generally wise up to exactly what he is up to, I can’t believe he managed to keep it a secret for so long. I was laughing and crying, I had my face in a serviette, it was very emotional and I was very proud of him especially as he’s not the kind of person to put himself at the center of attention.”

John said, “My wife Mel was in tears as she knew nothing about the performance and my daughter told me afterwards that it was the closest she came to crying throughout the whole ceremony.”

He went on to say, “I really can’t sing and don’t pretend to. I spoke to Darren in April about the idea and started lessons in May. I’ve had a lesson every other week and have practiced the song for an hour a day since then.”

All his hard work paid off when his family and the wedding guests cheered and clapped his performance, which was filmed by one of the guests and then uploaded to YouTube.

John said, “Everyone thought the DJ had mucked up, but then I got up and started singing. People were laughing and crying and standing up waving their hands. People came up afterwards and said they didn’t know I could sing.”

Since it was uploaded late last month, the video has been streamed more than 11,000 times on YouTube.

For all the practice he has had, whether he carried a tune well or not, watch the video here below and find out.