The Next Time They Dismiss Feminism In These Ways, Here’s How You Should Respond

Brace yourselves. I AM going to use the F-word. A lot.

Feminism. There, I said it. And just like that, without fanfare or ceremony, I set a new speed record for turning my piece (which is only just beginning) into an implicit invite for all haters to explode my comments section in far worse ways than the Chernobyl disaster. My response- the other F-word. If your empty logic that derives straight from some shitty version of a Malebolgian leak scared me, I wouldn’t be doing what I do. 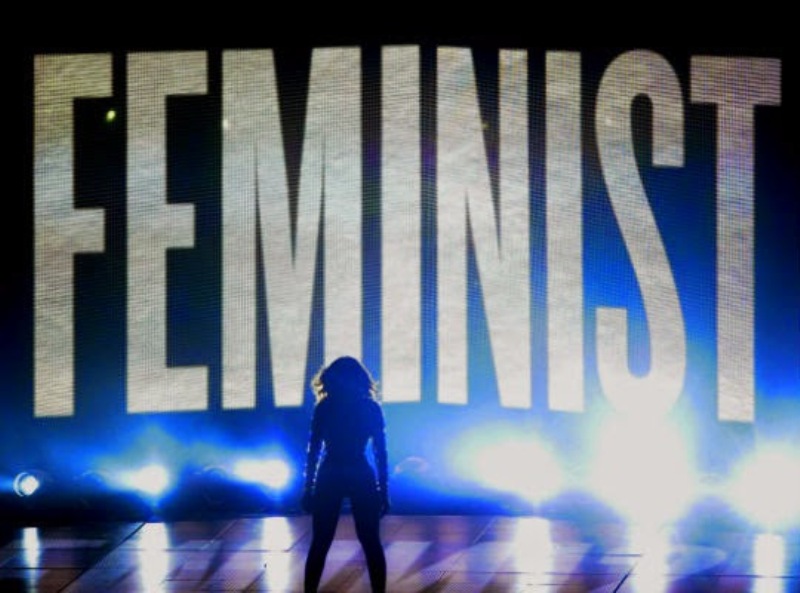 So, in the interests of all women who call the haters out, but somehow, end up listening to their twisted logic (or lack, thereof) that sounds like a maddening mash-up of Bieber and Minaj songs in which your own voice is (obviously) drowned (because how do you fight THAT raucous storm), this article is for you.

You’ll find such as*holes everywhere, fighting feminism and feminists like cartoon characters who think that pushing us down their own seething furnace of impotent logic to cook us into pulp will work as well as negging (a flirting technique where a guy insults a woman to lower her self-esteem, thereby making her more susceptible to being hit on, supposedly)! You can do the math.

So, the next time you find one such moron out on the ‘superhero-ic’ mission to dismiss feminism, here’s what you should do to stand your ground:

1. If they use gaslighting

An episode on Girls showed Hannah pointing out how a man in her writing class listed all male authors as exemplary. His response? He calls her ‘hysterical.’  Wonder how being perceptive to something that is clearly reflective of a sexist attitude turned into hysterical? Well… 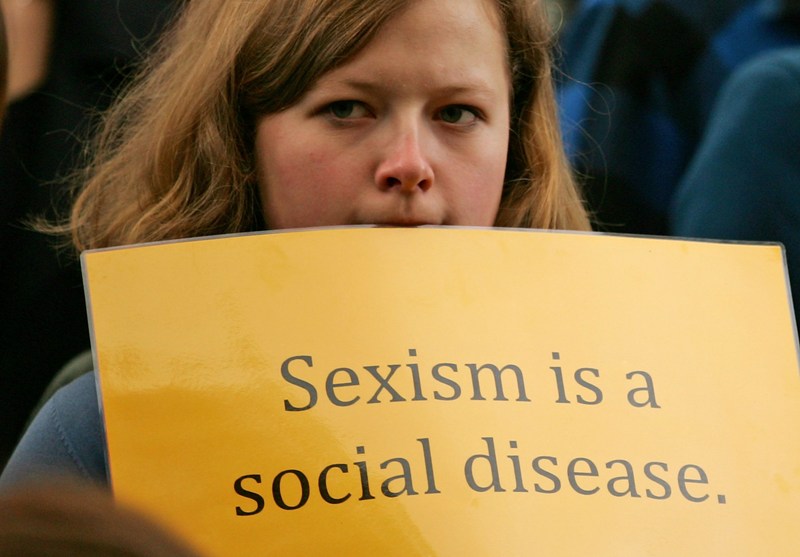 For the uninitiated, gaslighting refers to any behavior that aims to dismiss a person’s reality by consciously or subconsciously trying to belittle their own perception of the situation and dismissing their reaction to it. For instance, a sexual overture on a student called out might fetch a ‘gaslighting’ response from the professor- “It was a joke, dear. Don’t be such a prude.” Similarly, a presentation by a female colleague, right after a super-successful one by a male colleague, might be interrupted one too many times for flimsy grounds. The woman, in question, may approach her boss for reporting the same, after the presentation (obviously) turned out to be a dud and receive a response like “Offense is taken, not given.”

The tactic may or may not be couched in platitudes but the purpose of all gaslighting responses (“don’t be crazy,’ ‘you’re overreacting,’ ‘stop reading too much into it,’ ‘you are being a baby’ etc) is to dismiss your reality and shift the blame to you. Your reaction is steeped in a stimulus and if you KNOW that you aren’t reacting to anything apart from the trigger, you shouldn’t be drawn in to feel guilty about it. Gaslighting is just an excuse for people to skirt the real issue and get away with any behavior without taking responsibility for the consequences.

What you should do: Don’t let them get away with it. Unleash the sassy animal inside you and ask him where he derives his superpower of controlling ALL his reactions to EVERYTHING from. Maybe he took lessons from Green Lantern, because it seems as easy and breezy as his mission to beat Superman. Could totally happen.  And oh, also ask them if they’ve tried walking through fire without being burnt!

The one who gives offense is responsible. You wouldn’t have taken one , if it wasn’t served right up your nose on a platter, rammed right into your mouth for you to feel it’s acerbic taste. Show him he needs to take responsibility. If someone throws a punch at you, you wouldn’t be congratulating him, right?

2. If they invoke men’s rights

This one you know up and close. While I understand men’s struggles against their own share of unfair gender stereotypes and the abuse that they face because of it, I refuse to buy into their lopsided arguments like ‘you do not know what it’s like to be a man,’ ‘..you have no proof to claim women have the shorter end of the stick.’ Well, I can say it because gender/sexual inequality has been the history of our species. You only have to flip through the pages of life to see that it has been alive since the beginning of time and breathes among us, still. Statistics, lived experiences- the entire world is proof of this and I do not need to be a human Google to prove the same. It’s like saying if you are on earth watching everything stay in place, you still need to produce proof of gravity! 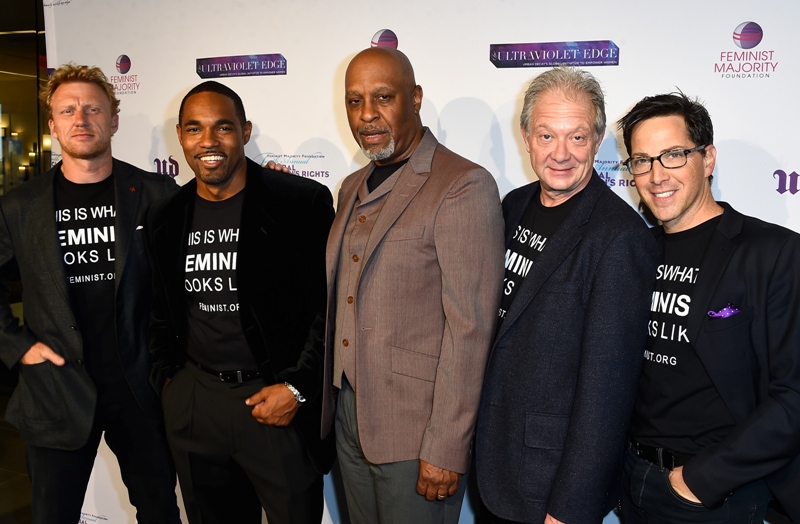 Careful, for the deflection is merely a ruse (and a poor one at that) for such pseudo-challengers who aren’t engaging in your debate from a logical vantage point. They do NOT understand that feminism, in itself, is about equality. If they haven’t got their basics covered in the first place, how’d they acknowledge that by championing women’s rights and bringing their issues to the centre stage, we are merely reflecting social, political and cultural realities of time. If men could, for once, with an open mind, acknowledge that patriarchy remains the dominant ideology and that male perspectives are the default, normative ones rampant in society, they’d grow more sympathetic to the experiences of women, other marginalized groups (or even their own folk) whose voices are systematically silenced to erase their experiences.

What you should do: Tell them that their logic is equivalent to a lame attempt of tackling all bad things by derailing a discussion on one of them, integral to the process. It’s like refusing to offer a hose to someone on fire because people die from drowning too!

3. If they accuse you of being paranoid

Not unlike gaslighters, this brand of haters try to tell you that you are seeing something that doesn’t exist. According to them, you are walking about in sexism-tainted glasses to see the world painted in sexism! And one need only to look at the statistics of inequality across the globe to evince that this group is wrong.

How difficult is it to accept that women who LIVE these conditions every day, in and outside home, are not only capable of looking at the society and its structures with skepticism but also challenge them with their own perceptive understanding of the discrimination?

What you should do: Tell them their qualifiers for proving your paranoia seem to have as much relationship with logic as some stupidly irrelevant sh*t ripped more dangerously out of context than the core of an atomic warhead, with nothing in it as powerful as to save the day. They wouldn’t be saying  things like ‘you’re just looking for sexism,’ or ‘you are digging too much into it,’ or ‘are you sure it isn’t confirmation bias’ if their daughter/sister or wife was saying the things you have said, right?

4. If they invoke human rights

Now, now, I have nothing against this group except that I find their logic trail to be as dangerously derailed as the 1918 Brooklyn tragedy. There is nothing wrong with exhorting people to pay attention to pressing issues like hunger, poverty and unemployment but to say that feminists who are striving to make the world an equal place for men and women are not allowed to work for such a ‘trivial’ matter when they haven’t been born into a more miserable (hunger-stricken, poorer or unemployed) version on the planet is to use underfed weapons to eliminate things that they do NOT care about. 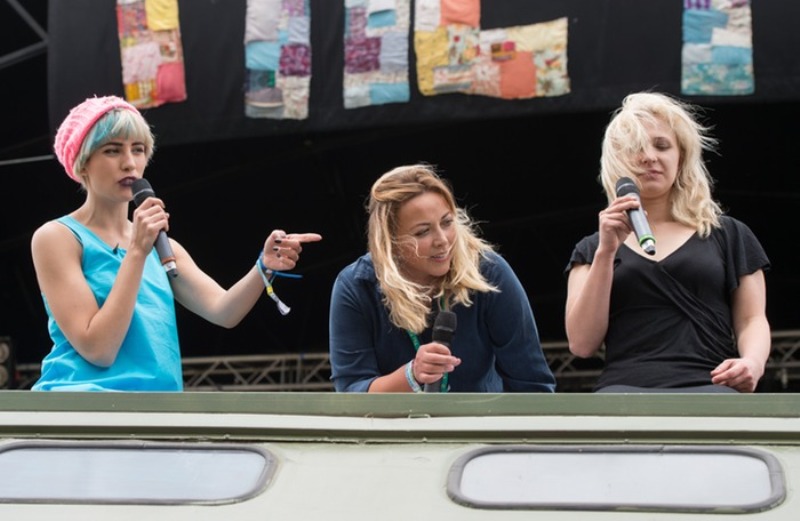 Most of these people belong to privileged groups who would refuse to believe that they are contributing or benefitting from anyone’s oppression. A common blindness that afflicts most privileged groups, especially when it is feminism that stands in their line of vision. Their resistance to the issues feminism highlights stems from an ill-founded fear of feminists perpetuating the categories of oppresses people, simply by bringing their experiences into mainstream discussion.

Whether this folly, stripped of historical proof, stems from guilt or misguided philanthropy, I wouldn’t know. But that does not mean that these people should be punched in the face, stripped of their wealth so some shred of poverty and hunger are eradicated from their share (combined, maybe, with your own sweet victory whiskey and a victory dance) but they need to be shown the error of their solution-oriented approach.

What you should do: Show them that you love their vision of a world where everyone, irrespective gender, race, class, nationality or any parameter of difference, shares in the views of solidarity and refuses to one-up another, but it’s not the world we live in. And to get there, each of us must pick our own battles- yours’ is women rights!

Remember women, you are fighting the GOOD fight. Keep at it. You are armed now.

Article Name
The Next Time They Dismiss Feminism In These Ways, Here’s How You Should Respond
Author
Sejal Parikh
Description
They think they can dismiss feminism with just that shrug of their shoulder? Dare them to try again!