All eyes set on Katrina Kaif for her red carpet debut at the 68th Cannes International Film Festival beheld a sight too beautiful to notice much else. The 31-year-old Bollywood actor is attending the prestigious film fest as a brand ambassador of L’Oreal Paris. 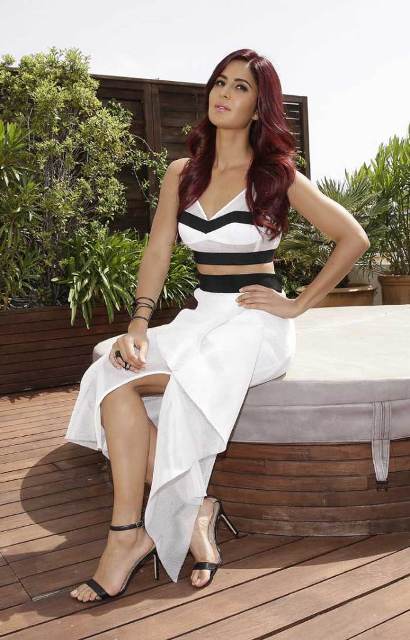 Katrina Kaif, in a MILLY creation – for her press interviews before the Cannes opening ceremony 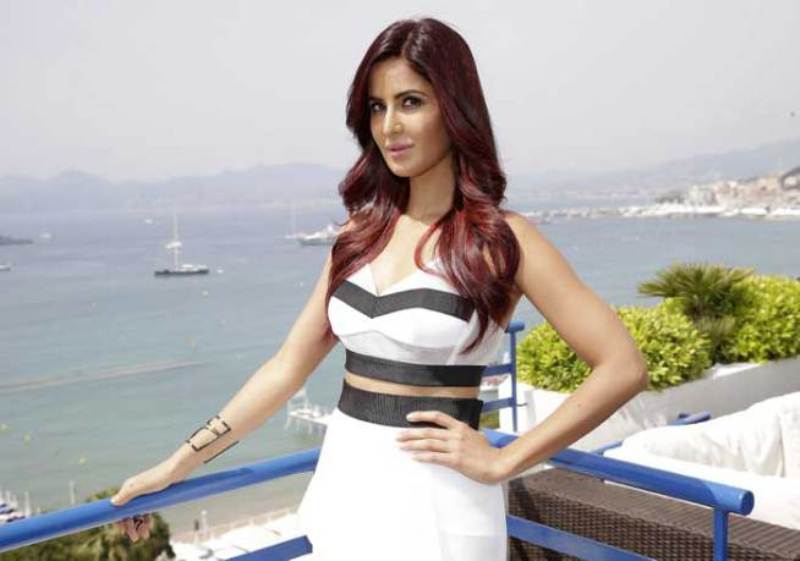 Having arrived for the festival on Wednesday, she had donned a white crop top and skirt from MILLY creation with shoes by Manolo Blahnik and jewelery by Maria Francesca Pepe for press interviews. Her current flaming accessory – her red hair completed the look whilst she sat answering questions about her excitement at being at Cannes. 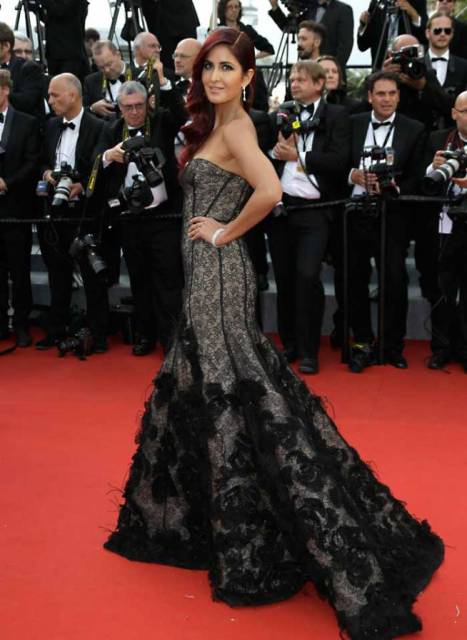 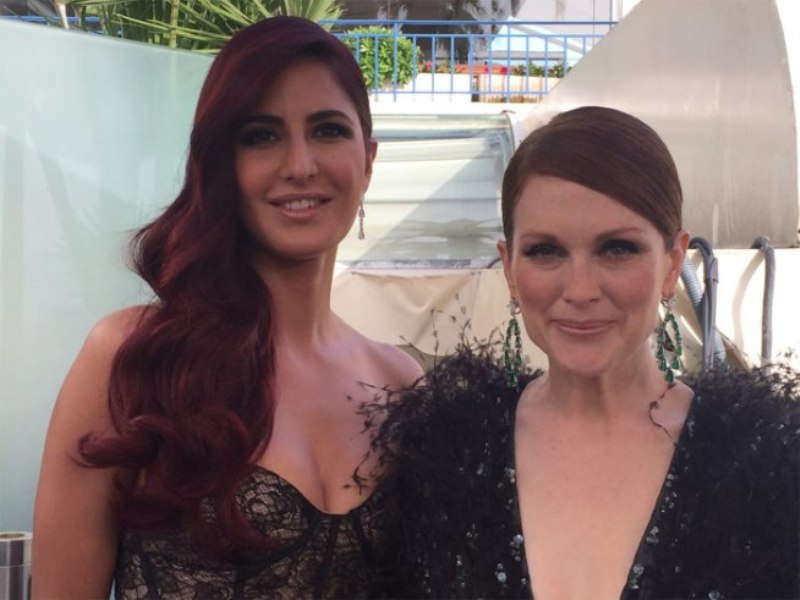 Katrina was also seen in a number of delightful selfies with Oscar-winning actress Julianne Moore. The two walked the red carpet on Wednesday night, and interacted for about five to seven minutes.

“They spoke about the number of films that Katrina has done and how she learned Hindi for Bollywood. Not only this, they also complimented each other on the dress and makeup that they donned  for the red carpet,“ said a source. 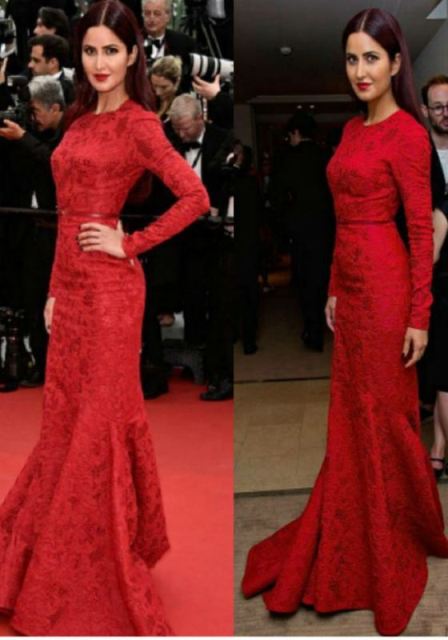 Katrina Kaif on day 2 of Cannes

The second day saw Katrina look red hot in a fire engine red lace Elie Saab number, cinched at the waist, matched up with Elie Saab shoes. Given that the previous day had seen actress Naomi Watts score a major fashion win with a silver Elie Saab, this was a surefire winner, with an eye-catching shift in hue! And how!

Katrina’s tall and slender form was the perfect form for the brocade number! 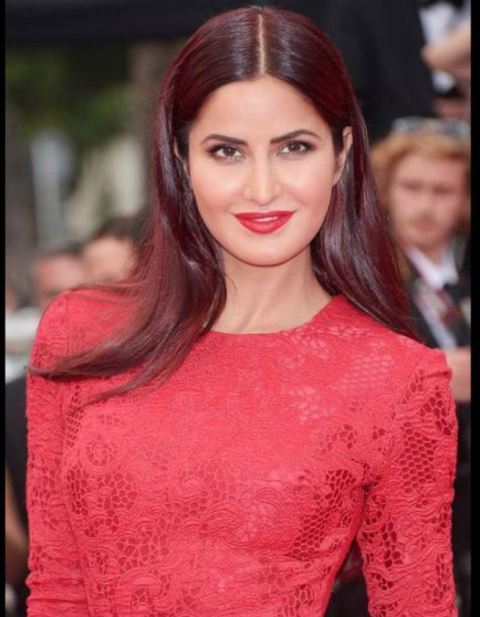 The actress is seen here being prepped by Michael Angel. 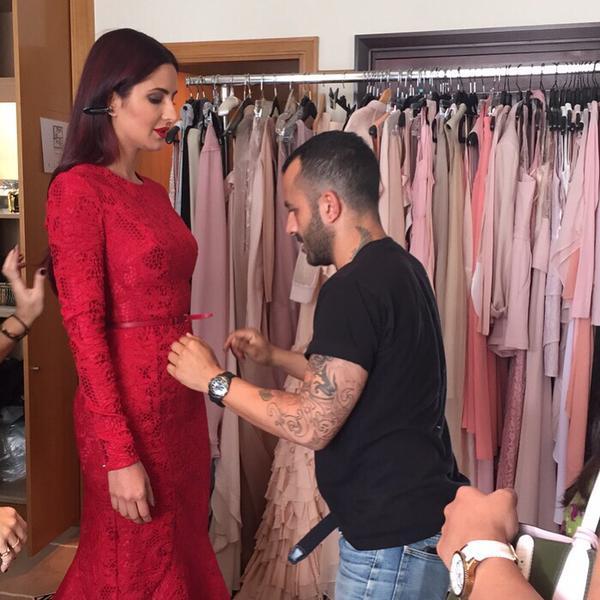 These are the gorgeous silver peep-toe heels that she wore with the dress. 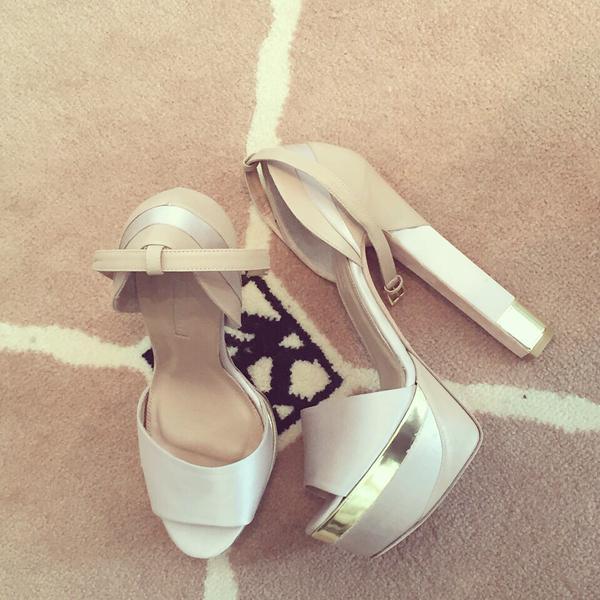 Here’s Katrina looking stunning, on her way to the red carpet… 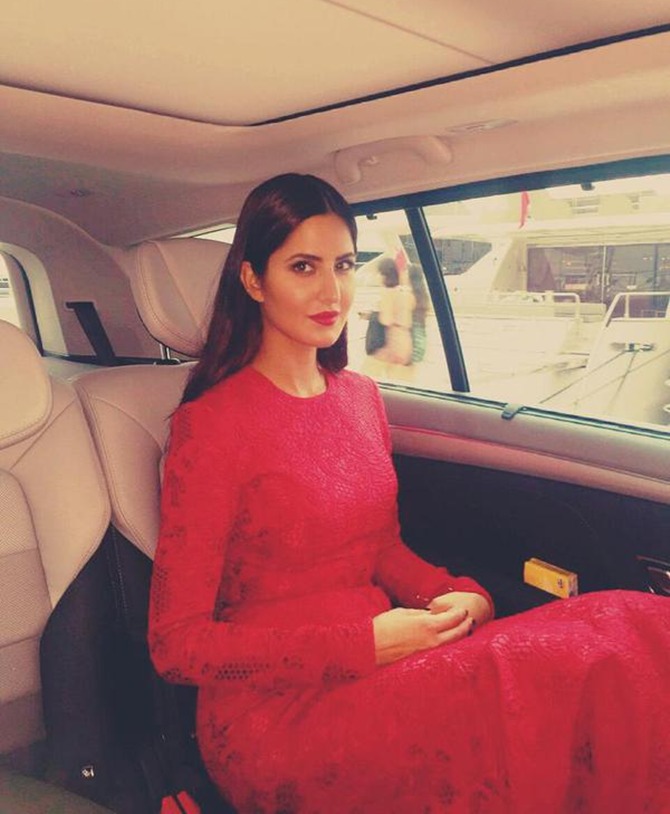 …the calm before the red carpet storm of flashlights! 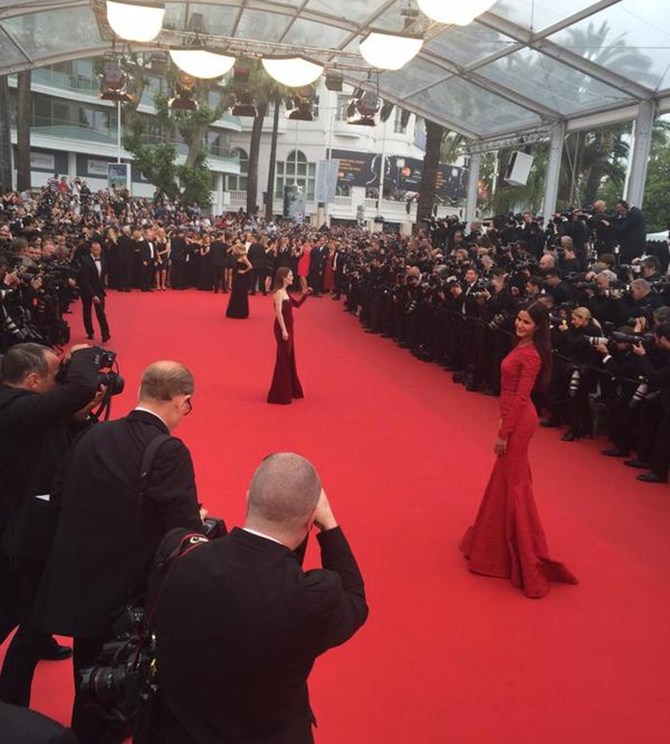 Katrina is seen looking at a picture on a camera with brand ambassador and Academy Award winner Julianne Moore. 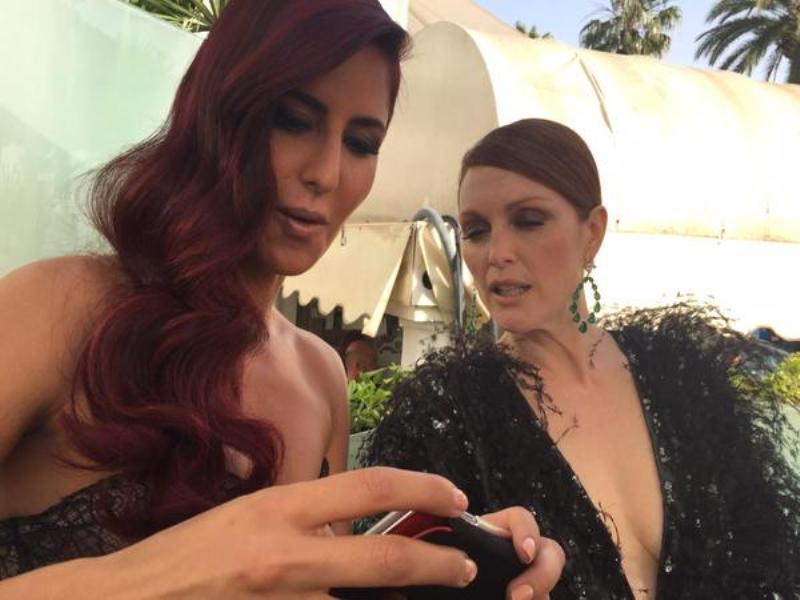 Katrina, who is currently busy shooting for Fitoor and Jagga Jasoos, will be shooting with Moore for L’Oréal Paris on Thursday, with plans to fly back to Mumbai on Friday. Sonam Kapoor, her fellow L’Oréal Paris ambassador will grace the red carpet on that day for the fifth year, while veteran actress Aishwarya Rai Bachchan, who has been at Cannes with L’Oréal Paris for 14 years now, shall make a late entry over the weekend.

And we sure are waiting to catch ’em too! 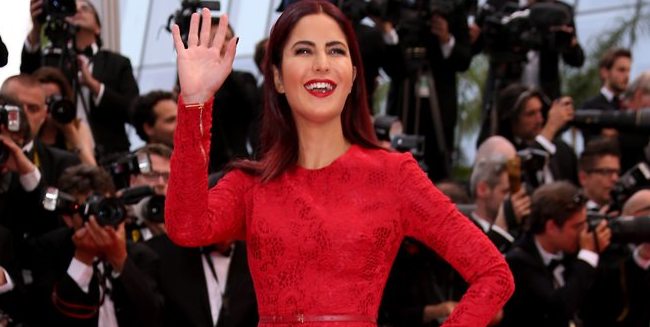