#ProposalFail The 12 Worst Marriage Proposals Of All Time

World’s most romantic proposals, haven’t we have seen them all! Candle-lit dinners to the whale song near a beach, you get the drift, right? But remember the guy who failed? No? 😀 Well, no worries, we are selfless enough to not keep these worst marriage proposals to ourselves! Come fall… off your chairs laughing!

What the hell was this guy thinking (or not)?! We have seen happy endings with girls running to catch trains and Shahrukh pulling them in. But this… a train having to make way between the couple and someone cleaning the floor and people shopping and loud music overpowering your love song… arrgghh…too much chaos! I would have mauled him with the bigger guitar!

Trying to keep the bar high and falling on your face is an apt description for the story of the comedian’s proposal to his wife! For starters, which man jokes with his mother-in-law saying, “Are you also buying her a 10 million dollar wedding ring? Not me either!” Plus, this man has redefined the meaning of ‘throwing’ out a question by tossing the ring at his wife! Surprised? I’d say shaken!

3. If there was something called timing!

Proposal interrupted by a fight, like what?! And a fight over dog crap, like what crap?! We guys are really not aware of the things happening around us. We care so little! We feel so little for others. To us all that matters is “My dog shits here, okay?”

From the Grandma throwing the flowers on the face to the guy dropping the girl, this is by far the worst prepared ‘skit’ of a proposal!  I believe the strangers dropping in with a rap here and there were better than the performers! All throughout, I wanted to “Take my headphones offffff…. “

The anti-climax! This is like turning someone on and leaving! By the way, you shouldn’t do the same to the fans and lights in your room! 😉 Save electricity, I love my electricity!

This is the Lord of all fails! What the hell is that ring supposed to be? A Star Wars phaser?!

If in Game of Thrones, the most adored love story can begin with a rape, why can’t a marriage proposal begin with an abduction! If this wasn’t staged, imagine what the girl must have gone through while all this occurred! I can’t believe she tries to set her hair once she knows it’s a gag proposal!

He looks cute and he is handsome but super dumb-much! He has to learn to keep up with the dreams of a woman: ring in a champagne glass, a proposal on the Eiffel tower at sunset… this (THIS?), this is just…, this is just not how it happens! I guess I am as speechless as the girlfriend! We feel you, woman!

How did she say yes???? First he makes his brother take her to McDonald’s, and I can hear her scream “whyyyy?” in her head! Then he makes her eat a burger and wait for 2 hours!! Running late on a proposal? Who the hell are you? Then he starts this awkwardest treasure hunt, which ironically has a hint on a garbage truck! This is garbage!

Yes, he’ll probably get over it in the next 10-12 years or so! On a separate note, how do you NOT know if she’s really into you? Need signs? Check it out on NLT! 😉

11. To walk out on someone, literally!

Singing Sweet Caroline in the middle of a food court? Nah!

And I have saved the best for the last..

Suggested read: Most innovative proposals of 2014

I won’t give out the secret, you’ll have to watch this one for yourself! 😉

So, next time you want to pop the big question, remember not to repeat these! 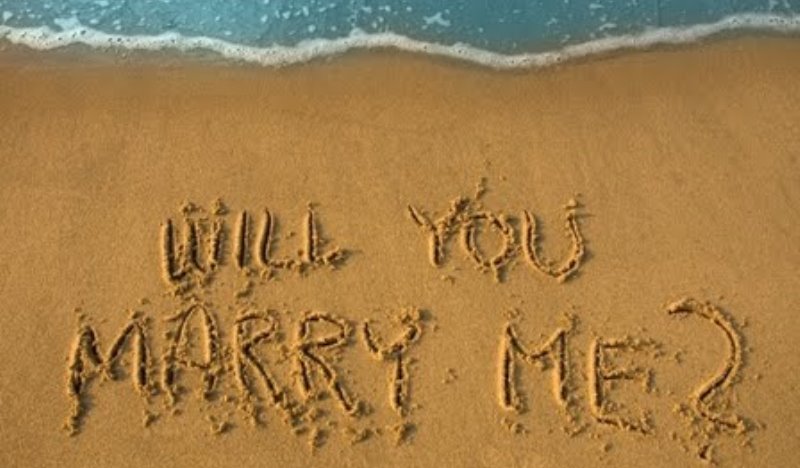 Article Name
The 12 Worst Marriage Proposals Of All Time
Author
Riya Roy
Description
Because some marriage proposals deserve a NO, a thousand times NO!