Often have we questioned the gender specificity of ‘things’ that have always been a woman’s prerogative or a man’s. And Himanshu Verma aka the saree man of India is no different. 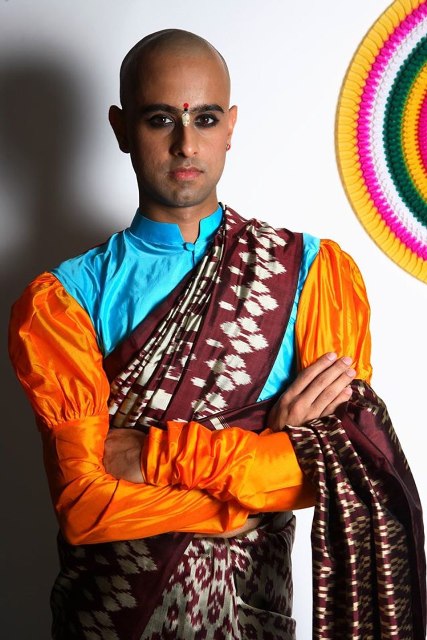 Rocking the traditional Indian garment for over twelve years now, he is taking the celebratory spirit of the saree to a gender-neutral plane. On being asked about the widespread consensus on the ‘femininity’ of the saree, he says,

“I have always enjoyed the way a saree falls on my body. It has been widely considered a feminine garment, but I never put it like that. I just wore it because I felt great wearing it.” 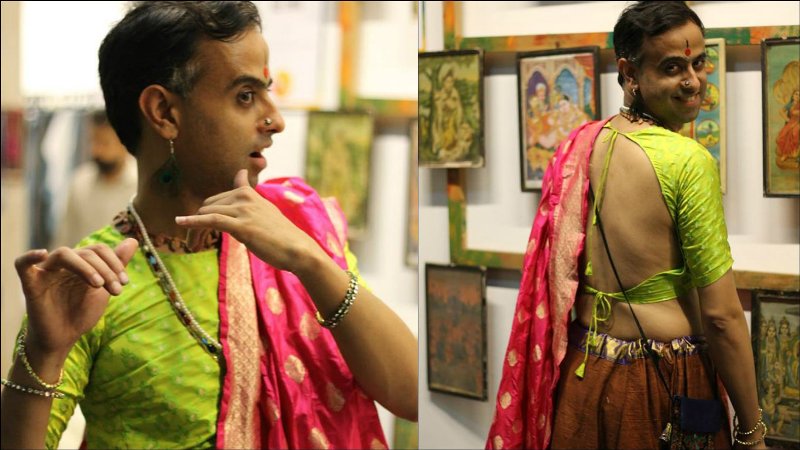 “I started wearing sarees as a gesture of re-appropriating the saree as a male garment and highlighting the historical traditions where it was all about the fluidity of the drape and not about the structure that was gender specific.”

Himanshu’s fascination for draping sarees was birthed as a part of the curatorial work he did in his curation organization Red Earth and after mastering countless draping techniques, he began the saree festival in 2014, an annual event that celebrates the spirit of the saree. 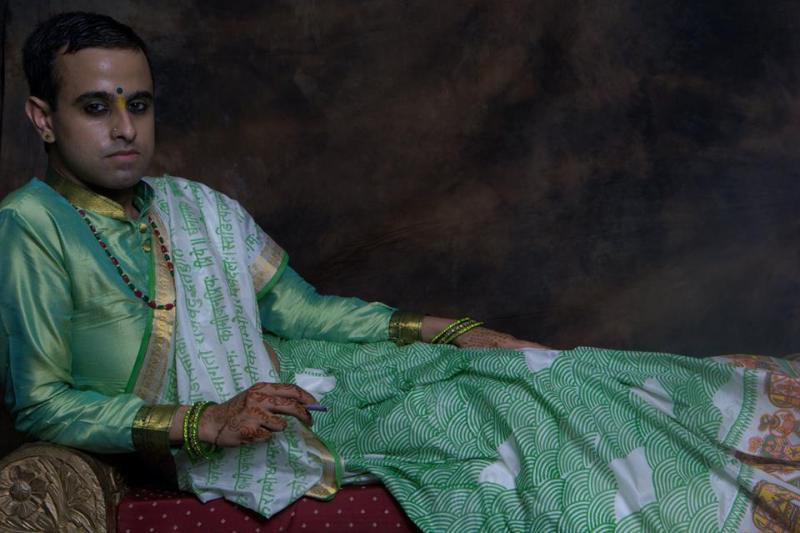 In a fascinating fact and fantasy mixture, he tells the people about a curious bit of history about the saree and its appropriation as an element of fantasy in boys’ lives too,

“The saree as we know today is actually just 150 years old, and it is what is called the Thakurbari drape or the drape pioneered by the Tagore ladies. It is also associated with the Parsi Bombay ladies. Before that, the saree was worn in so many ways and the men would also wear dhotis and sarees, and in many parts of India the two terms are interchangeable. So I think saree is a generic term and it is not a garment for women specifically.

“Everyone has their saree fantasy you know… Lots of young boys sometimes play with their mother’s sarees but I didn’t know it would take this form.”

On being asked about his christening as the saree man, he laughs and says,

“The Saree Man was actually a self-proclaimed title that caught currency and now everyone calls me saree man, but it was a megalomaniacal gesture on my part to do that.” 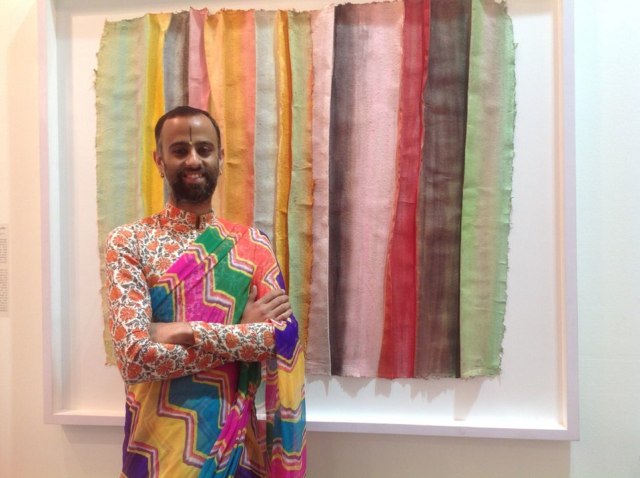 Having run three successful editions of the saree festival in Delhi, he now plans to take it to other cities including Mumbai and Chennai. The idea is to reclaim the gender fluidity of the garment and change the mindset of people.

“I have never worn them to make a statement, but it certainly would help to change the mindset that it is only for women. It is for everyone,” Verma explains.

And we, most certainly, concur.

Article Name
The Saree Man Of India Is Making A Solid Point About The Gender Fluidity Of The Garment
Author
Sejal Parikh
Description
Meet the saree man of India, Himanshu Verma!