Having sex to fix problems and differences, or to end arguments between you and your partner is a surefire way to destroy your relationship. Having sex may serve to momentarily cover up underlying issues, but the lifeblood of any relationship will certainly be drained if issues are continually masked by, and handled in, a physical way.

If you are using sex as your go-to tool for conflict resolution, it can be a sign of a very common yet detrimental underlying issue in your relationship, i.e. one or both partners has a fear of bringing their true authentic self to the forefront of their partnership.

This is a top reason that relationships don’t last or are blown up before they even begin.

If you and your partner use sex to deal with conflict, eventually, you’ll be seeing signs of agitation, bitterness, and a general lack of affection. You’ll eventually lose interest in sex! The same sex that was allowing you to float over the ripples in your once hot and heavy makeup moments.

You may even feel disgusted.

Over time, when we hold issues inside and refuse to communicate how we truly feel, these emotions build up and can cause a flood of issues.

Think of each unresolved conflict as a layer. If left undiscussed, layers begin to cover your heart one by one, until there is a thick outer skin of negative emotion wrapped around your heart. This skin can block every last bit of positive feeling that you have toward your partner and that your partner has for you. The emotions will start to overflow and come out sideways in acts of drama. These can be so damaging to the relationship that one strong dramatic act can end the relationship, point blank.

The good news is that you can bring love back into your relationship and turn this all around right now, and not use makeup sex as a way of resolving conflict.

First and foremost, you must put your fears aside and risk showing your true emotions and feelings to your partner. Without this openness, your relationship is headed toward a bleak destiny.

As you learn to express yourself and have an open discussion with your partner, the negative layers of pent-up frustration will start to lift. The feelings of warmth and attraction between you and your partner will begin to flow again.

Here are some vital steps to create a safe environment to express yourself with your man:

Ask him if it’s a good time to share something with him before you bring up a topic. If he agrees, it’s your go time! Bring up whatever it is that is on your mind in a way that is non-accusatory. Try not to use the word talk. Do not say, “I have to talk to you.” Instead, tell him there is something on your mind that you would like to share with him. If he agrees, you have already succeeded lowering the odds of defensive behavior.

Start with the good stuff. Tell your partner something positive about your feelings toward him. Perhaps mention a recent time when he made you feel truly happy and content. Show your partner that he pleases you in many ways before you bring up the area that needs some attention. This will prove to him that he is able to make you happy, which is a critical component in the relationship for him.

Speak to him about how you ‘feel’ about a situation. For example, “I feel sad when I feel that I do not matter. When I’m kept waiting, I feel like I don’t matter.” ‘Feeling’ statements remove criticism and blame from the conversation. You may need to dig under folds of emotions to get the underlying feeling, which are the ones that you need to express.

Bring your partner on to your team by making him part of the solution. Allow him to come up with ways of solving the problem that are his ideas. When he creates the solution, he will be motivated to see it through. Say, “I don’t want to feel this way. What do you think?” Then sit softly in silence and allow him the space he needs to reply, even if it’s not that very moment.

Again, using sex as a way to solve problems in your relationship is similar to a family shoving issues and conflicts under the rug. Soon, the rug will have so many issues underneath it that it will come out from under it when you least expect it. Things will blow up or fade out.

Even though it can feel scary, it is important to deal with issues head-on, in a genuine way. This will maintain the flow of respect and attraction inside the union. After that, makeup sex is a good idea! 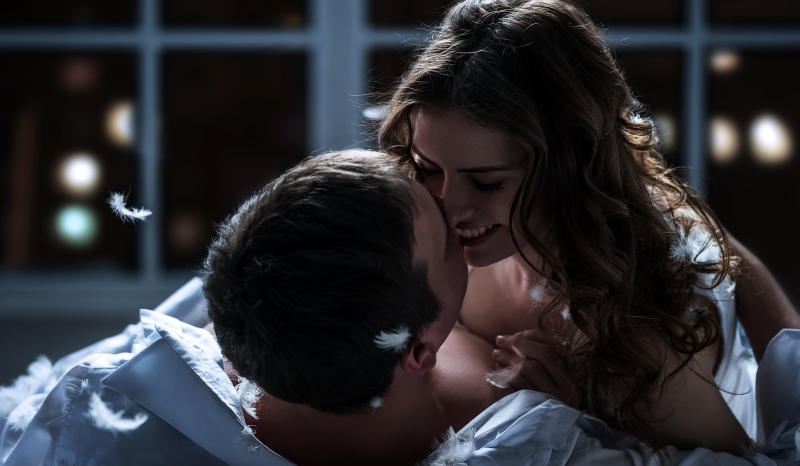 Article Name
Why Makeup Sex Is NOT The Best Way To Deal With Conflict In A Relationship
Author
Megan Weks
Description
Do you use makeup sex to resolve conflict? Stop right there because it has the potential to destroy your relationship!

Megan Weks is an international dating and relationship expert who specializes in helping women gain power and success with men. She is a certified specialist in her field, but one of her biggest credentials is her personal story. Living in New York City for over a decade, Megan has had the opportunity to meet and date many different men. Through working with a relationship guru, she literally changed from crumb-picking and obsessing over men who didn’t deserve her, to being called a "man whisperer" who men (including her now-husband) would never leave. Megan’s career is now devoted to helping other women who struggle with the men in their lives, to turn it all around and keep the men they desire. Megan coaches individual women one-on-one in intense programs with her proven Lean Back for Love System and principles. She also runs a private woman’s discussion group online where women support one another with these principles. She writes a private column for sophisticated women at LVBX magazine. You can connect with her on her website www.meganweks.com – or reach out to her on Facebook or Twitter. Get Megan's free report on the Four Greatest Errors, which are standing in your way of deep connection and lasting here: http://www.meganweks.com/#!contact-me/ul297