On a Wednesday like any other, I was going through a few videos on YouTube. It was late, around eight-ish in the evening, and I was hungry and tired, yet I was on a roll watching videos that are listicles about the most random of facts from pop culture. TV bad boys, best villains, best horror movies, actors who were rejected by Hollywood, stars who were asked to change their appearance to make it in Hollywood, future classics – you name it, they’ve made a list of it! It really is addicting, if you ask me.

I could easily spend at least a couple of hours watching these videos based on random facts (Hey! I’m not proud of it, but I do it on my own time, okay?). Though watching these videos is kind of a pet peeve, I couldn’t help myself. I kept on clicking on the next suggested video, one after another.

Then, in the midst of all these random lists, there was a lyric video of Shawn Mendes’ song Don’t Be A Fool from his latest album, Illuminate. I’d liked his other song, Stitches, so I gave this a listen. And boy was I irked! 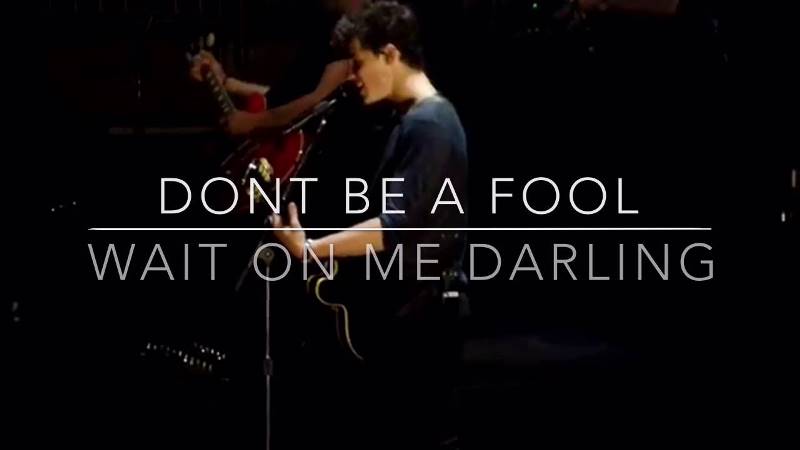 The song Don’t Be A Fool basically is about a guy breaking up with a girl, while telling her that he’s not ready for a relationship just yet. It’s been described as sweet, not to mention being predicted as the next “heartbreak anthem.” Sounds legit till now. But why was I irked, you wonder? Let me tell you.

The entire song gives off a vibe that the guy is trying to spare the girl some major heartache. That by stepping back and breaking up with her, he’s sparing her feelings and is making it easy for her to move on and be with another man. One ‘who will stand by your side/And will be there for you,’ like he’s not able to because he’s ‘always on the move.’

Firstly, you can’t help who you fall in love with. You don’t plan and chart out a course, and then fall in love with someone; it just happens. It’s exactly as effortless as it sounds – just like falling. So if the girl is already in love with you, you can’t ask her to let you go because you’re not in a place in your life where you can be in a relationship with her. Is it fair to her, or you? No. But don’t make it all about you not being able to be there for her or making way for someone else to take your place in her life.

Secondly, when a girl says I love you to you, it’s her prerogative to do so, if she really feels that way about you. And just because she said those three words, doesn’t mean she expects the same thing from you. No matter how much you want to be there for her for the rest of her days, you can’t. You lost that right when you rejected her love – for whatever reason. So please don’t call her a fool to have loved you.

Thirdly, you apologize for breaking her heart and then have the gall to tell her that it’s “for the best.” For whom? You? Or for her? Or both? May be it’s for the both of you, but you don’t get to decide what’s best for her and what’s not. She is her own person and can decide what she needs to be doing for herself. She can look after herself, thank you very much!

Lastly, if you really loved her, yes, you would wish for her to be happy by moving on, probably even dating other people. But how she moves on is her choice, how she heals her heart that you’ve broken, is her lookout, and you don’t have a say in that. And if she wants to be a fool and still love you, despite all that has happened, it’s her choice. It’s not like there’s a bandaid that can heal a broken heart in a few days; it takes time, serious time, to get over someone you loved; someone you still might love. 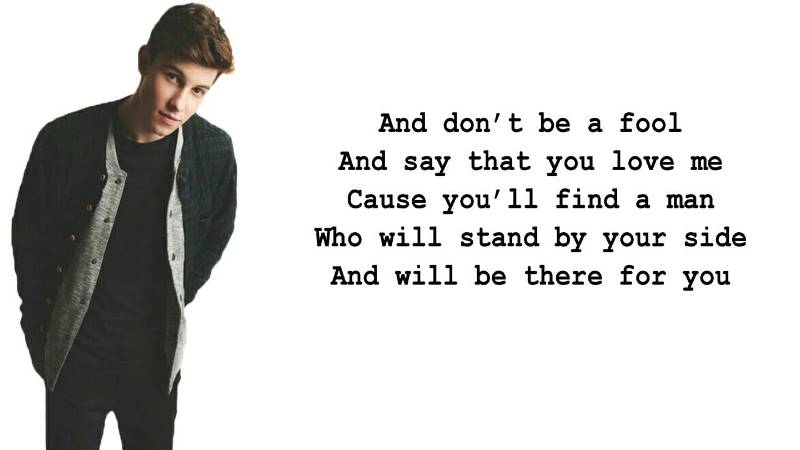 You say that she won’t ever understand why you had to do what you did, but I think she does more than understand what you’re saying and doing. By calling her a fool, you’ve let her know what you actually think about her and her love.

Most people who listen to this song won’t see beyond the portrayal of a guy’s ‘nobility’ in sparing the girl more heartache. But therein lies the rub for me: Nobody gets to tell a girl that she should stop loving someone and move on, just because he wasn’t in a place in his life to make a commitment to her. How can another person know what’s ‘best’ for her? And why does she need protecting from heartache? She knew the risks when she entered into a relationship with you. She knew that there was a chance that she could get her heart broken into tiny little pieces. She knew that the man she fell in love with, could up and leave her, without so much as a by your leave. She knew the risks of giving her heart to someone – who may not have been worthy of it, in the first place.

But she did it anyway, because it’s her CHOICE.

When will men understand that a woman can make her own choices, without them there to ‘protect’ their fragile little selves?

When will men understand that a woman can love an unavailable man, and it’s okay? That if she chooses not to let him go, even if she doesn’t act on that, it’s okay?

Suggested read: Losing someone who was never truly mine

When will men understand that if a woman wants to be a fool and wallow in unrequited love, it’s her prerogative to do so?

When will men understand that if a woman chooses not to move on and decides to remain single, may be go on a date once in a while and not commit to anyone else after getting her heart broken once, that it’s okay?

That it’s really OKAY to love someone who you can’t ever have.

That it’s really OKAY to pine for someone who will never look at you like you’re the earth around which their moon revolves around.

That it’s really OKAY to indulge in fantasies where you have the perfect life with your perfect man, who is but a figment of your imagination.

That it’s really OKAY to put your lost love, unrequited love on a pedestal and make him the epitome of LOVE.

Really men, spare the girls in your life the patronizing attitude. They don’t need it, nor do they deserve it.