If you haven’t heard of Bethenny Frankel, you sure live on another planet. A natural foods chef, best-selling author, reality TV star, self-made businesswoman, and an amazing mom to her lovely daughter Bryn, Bethenny Frankel first rose to fame when she was named first runner-up on NBC’s The Apprentice: Martha Stewart. Her captivating wit, practical wisdom, and out-of-the-box humor on the show had already captivated the hearts of a million fans when Bravo’s The Real Housewives of New York City etched her in those very hearts and perhaps, a million more forever. Her success on the series led her to a two spin-off series on the network, Bethenny Getting Married? and Bethenny Ever After, after which she jammed on the accelerator hard to rev up the expansion and traction of her business ventures. And now, Bethenny has come out with her long overdue dating advice book I Suck at Relationships So You Don’t Have To. 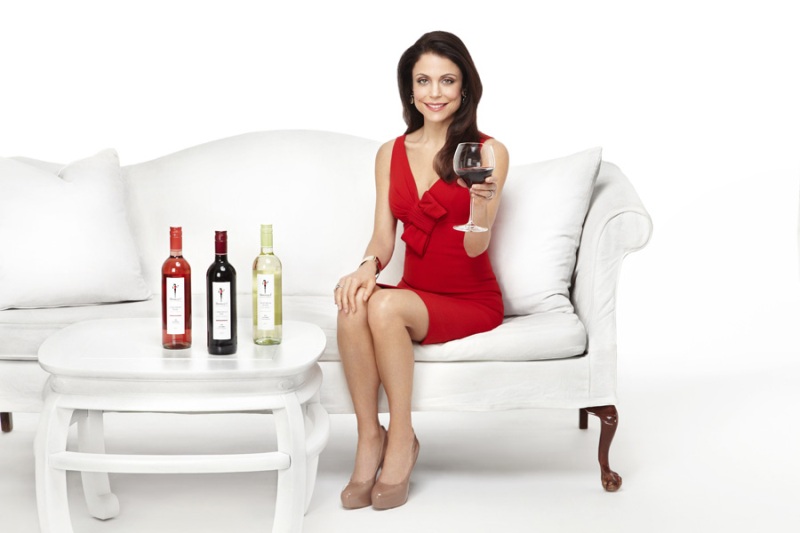 Suggested read: Shocking sexism in Formula One – hell down under for women

Creator of the low calorie cocktail brand Skinnygirl Cocktails, in partnership with Beam Suntory, Frankel is a brand collaborator, developer, and marketer for Skinnygirl Cocktails. As the owner of Skinnygirl, Bethenny has created a thriving lifestyle brand featuring products that offer women practical solutions to everyday problems. Some of the many Skinnygirl products include “Sparklers” non-alcoholic beverages, microwave popcorn, snacks, hummus, dips, nutrition bars, salad dressings, liquid sweeteners, and water enhancers, shapewear, and appliances. Ever since, she has brought her distinctively Bethenny-candid flavor to daytime television and has continued to amass more and more love from her fans. As such, it isn’t too surprising that she features on Top 100 Most Powerful Celebrities by Forbes magazine. 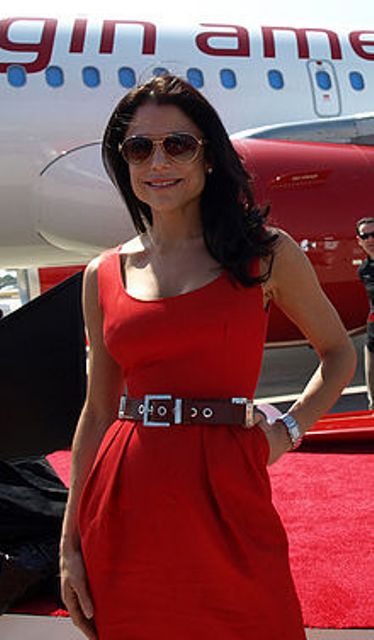 And 2015 has not only gifted us a more-amazing-than-ever Bethenny who has returned to The Real Housewives of New York City after a three-season hiatus but also brought us her very own distinctively Bethenny-flavored dating advice popsicles that we so love!! No, no – it isn’t what you think! Bethenny has come out with her long overdue dating advice book I Suck at Relationships So You Don’t Have To. Given all the love that her former four bestsellers, Skinnydipping, A Place of Yes: 10 Rules for Getting Everything You Want Out Of Life, Naturally Thin: Unleash Your Skinnygirl, and Free Yourself from a Lifetime of Dieting, and The Skinnygirl™ Dish: Easy Recipes for Your Naturally Thin Life have amassed, the success of this one is a foregone conclusion. Of course, this is a different genre, but its Bethenny’s candid voice splattered all over 336 pages! And THAT is enough for the book to be a surefire success story. 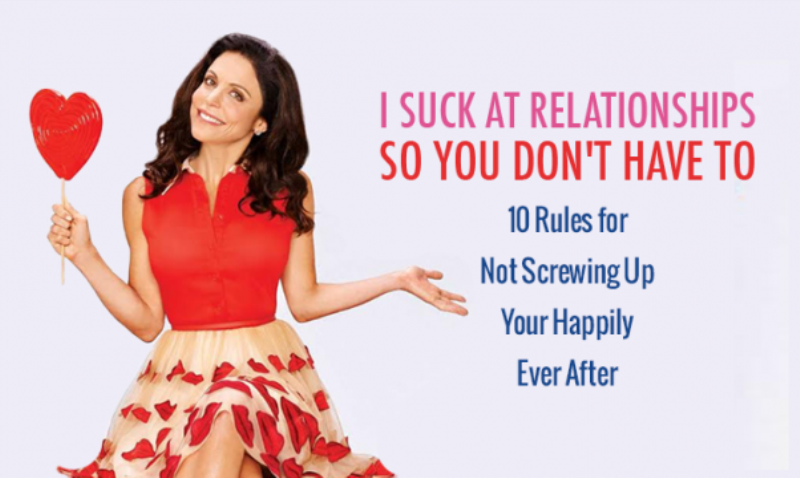 Speaking about why she penned this book, Bethenny avers,

“This book is my offering of hope. Despite all of my relationship disasters, I still believe in love, and I know that, one of these days, I’m going to get it right. I want this book to be a launching pad from which a network can be created … You don’t have to suck at relationships, because I’ve done enough of that for all of us.” 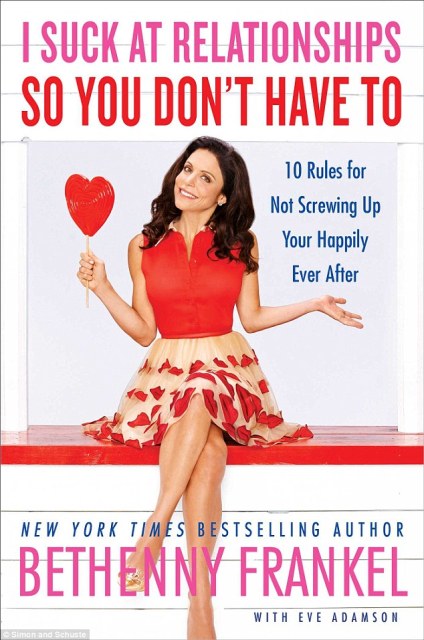 Frankel’s latest book, I Suck At Relationships So You Don’t Have To

As for the book itself, the 336 pages of Bethenny-wisdom about relationships spell out what ‘not to do.’ “Here’s my confession: I suck at relationships,” she writes in the book. “I find relationships to be just about the most impossible thing in the world and I’ve done so many things the wrong way that I’ve become, strangely, a sort of expert at what not to do.” The book contains chapters titled “Understand the Man” and “Master the Catch and Release,” which echo the tropes of dating advice classics but are put to modern day situations for an understanding of their universal applicability. Containing her usual quirky style about remarking upon gender relations (which she takes a heteronormative view of) and how fame, power, and money influence relationships, she has outlined how you can steer clear of problems that infiltrate the dynamic of relationships that could be your ‘happily-ever-after.’ I presume with a recent breakup with her boyfriend of one year, Michael Cerussi III and of course, the bitter drawn-out divorce battle with husband Jason Hoppy, her manual on what ‘does not work’ sure holds ground. She explains the same,

“I’ve gone with my head and my heart and not my gut, number one. Number two, I’ve let the cracks become craters — you have to nip things in the bud and heal them and take care of them. In the beginning, you’re willing to overlook things: You argue about them, and then you brush them under the rug, and they come up again. If you don’t have a good foundation, your house will come tumbling down. So, you gotta take care of the cracks early.” 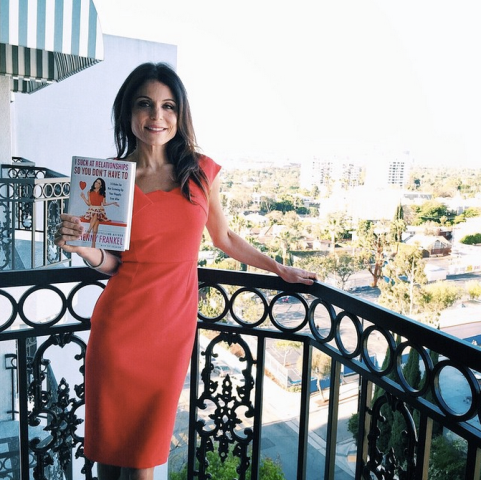 bethenny frankel with her new book

Remarking on this personal element in the book and its validity to evince hope for healthy relationships, she asserts,

“Like most people, I’m very good at some things and VERY bad at other things. When it comes to my love life, I’m the first to admit that I’ve had a few bumps in the road. But the good news is that all mishaps are steps toward a greater success. It’s filled with a mix of candid personal stories and no-nonsense advice on how to find and sustain a meaningful connection with someone you truly love.”

Speaking about the ripples she wants her book to create, she says,

“I want this book to be a launching pad from which a network can be created; a place where we can all share stories and help one another. You don’t have to suck at relationships, because I’ve done enough of that for all of us. You can come from a place of yes, and you can have any life you want.”

Well, with a copy of the book right by my side for a night-time read, I can sure attest to the existence of this place of ‘yes’ and a dream-life I am forging my way to. And if you still aren’t convinced, you should grab your copy now!!