As promised, here I am with the details of Harbhajan Singh and Geeta Basra wedding ceremony. Let’s get started, shall we?

1. The wedding ceremony took place at the Cabana resort in Jalandhar, Punjab, which was secured for the many VIPs who were in attendance. 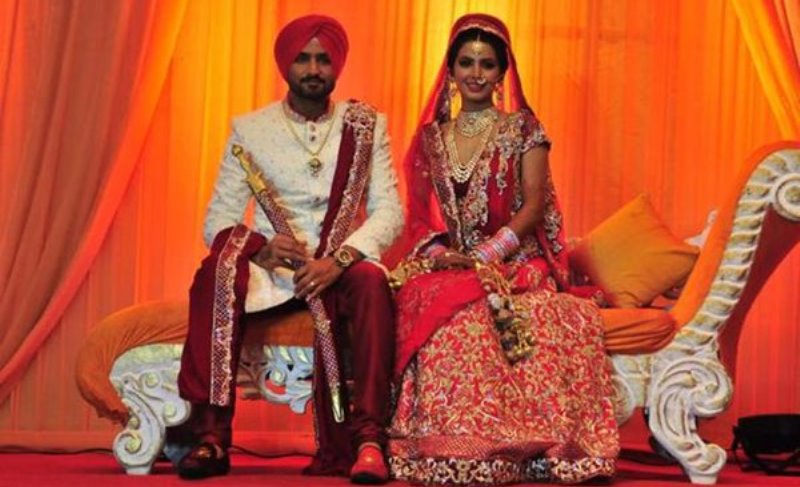 Harbhajan Singh and Geeta Basra at their wedding ceremony

2. The guest list included the who’s who of the cricketing world and Bollywood. Cricketing legend Sachin Tendulkar, his wife Anjali, Indian Test captain Virat Kohli, Bollywood’s perfectionist Aamir Khan, and prominent member of the Mukesh Ambani family in attendance, it sure was the event at the end of the year. The Ambani family flew to Jalandhar in their chartered aircraft. Tendulkar was also present at Mukesh’s son Akash’s wedding too. 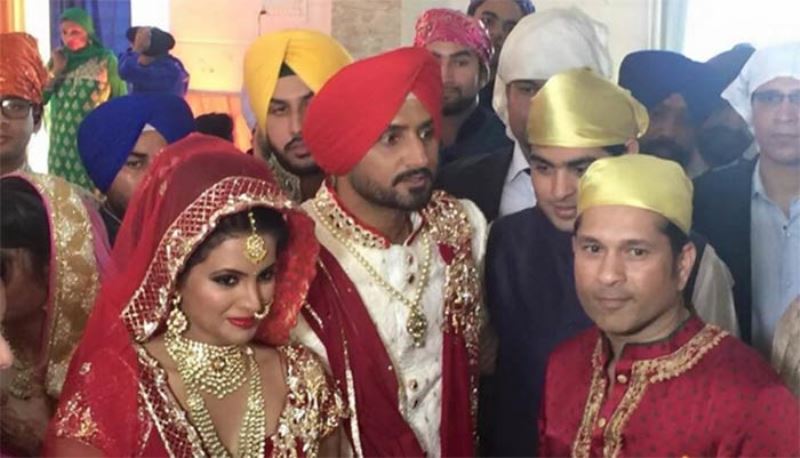 4. Bhajji shared a picture of him carrying a matka on his head during the ghara ghadoli ceremony. He looked quite sharp dressed in a baby blue kurta and white pyjama.

5. For the wedding ceremony, the groom was clad in an off white self-on-self embroidered sherwani and a red turban with a ceremonial sword at his hip, while the bride looked gorgeous in a red and gold lehenga designed by ace designer Archana Kochhar. Kochhar revealed the bride’s first look in her wedding lehenga on Twitter this morning.

6. With the South Indian custom Thangabali included in the traditional Pujabi wedding ceremony, #BhajjiKiShaadi was indeed quite unique.

Suggested read: 10 things you NEED to know about #BhajjiKiShaadi

7. The guests were treated to cuisines from the world over including popular chefs from South India, Lucknow, Delhi, and Rajasthan putting their own delicacies on the menu. A conveyor system was used to carry the food around.

Check out some other pictures from the ceremony: 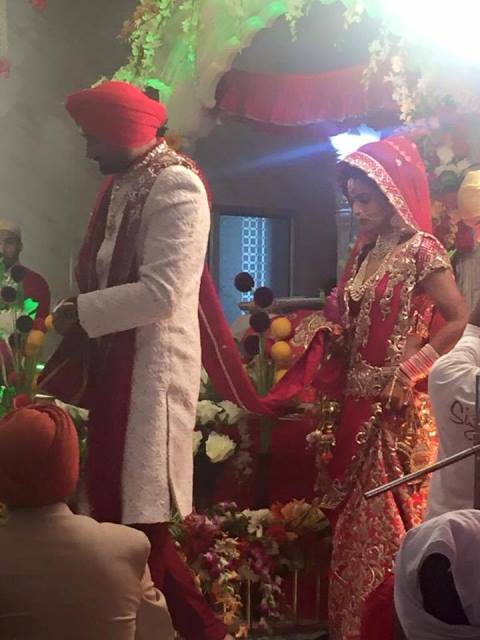 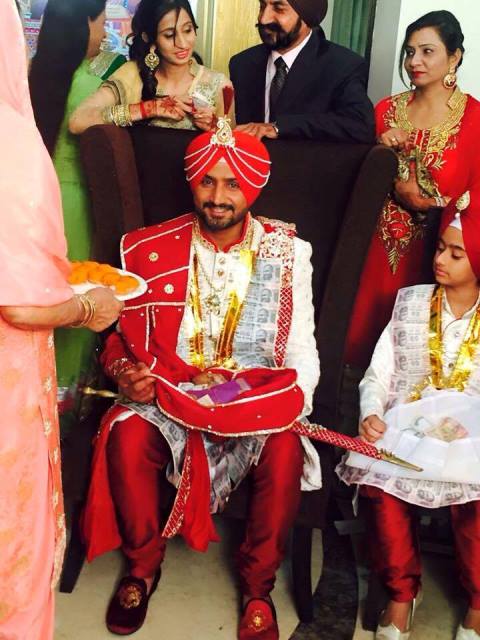 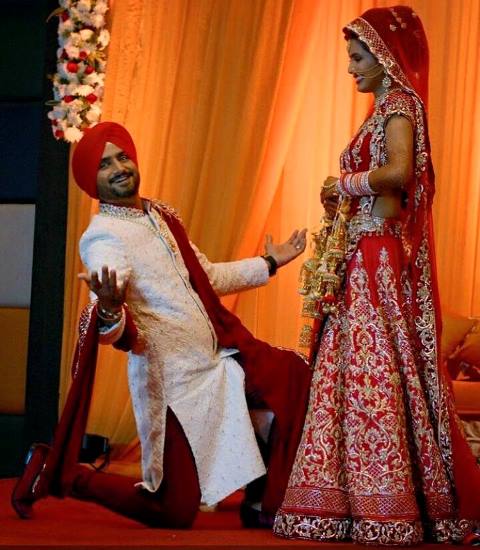 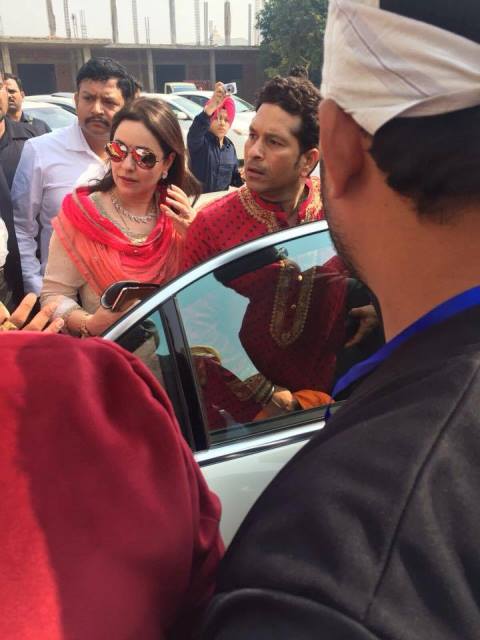 We wish the couple all the happiness in the world. Congratulations, Bhajji and Geeta!

Offer your congratulations to the happy couple in the comments below!