#BhajjiKiShaadi: Pictures From Harbhajan Singh And Geeta Basra’s Sangeet Ceremony Are Really Something!

Bollywood actress Geeta Basra’s wedding with Harbhajan Singh is turning out to be one colorful event! The whole gamut of ceremonies leading up to their wedding tomorrow, the 29th of October, the Sangeet and the Mehendi ceremonies, have so far not disappointed many a fan of the couple.

While the bride-to-be dazzles in a deep green ensemble with heavy gold jewelry, Bhajji shines alongside his fiancée in white sherwani paired with a hot pink waistcoat with gold embroidery and a matching turban.

Suggested read: 10 things you NEED to know about #BhajjiKiShaadi

Take a look at some of the pictures from their Sangeet ceremony here: #BhajjiKiShaadi 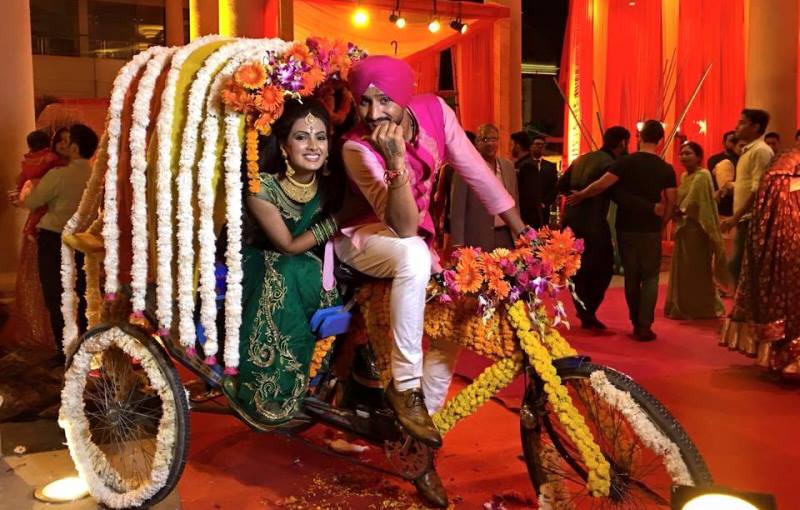 Geeta Basra and Harbhajan Singh at their sangeet ceremony 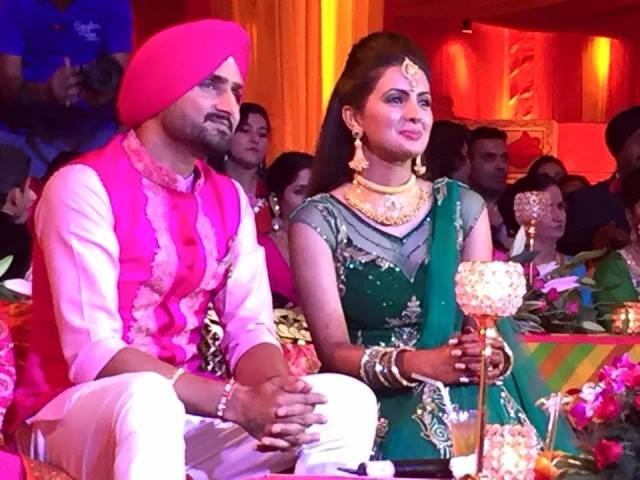 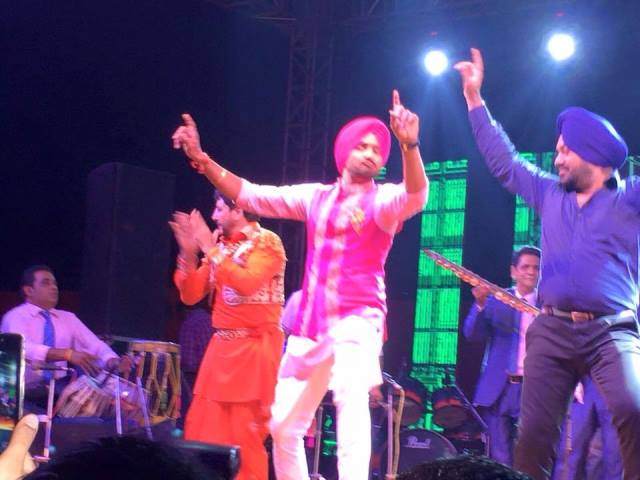 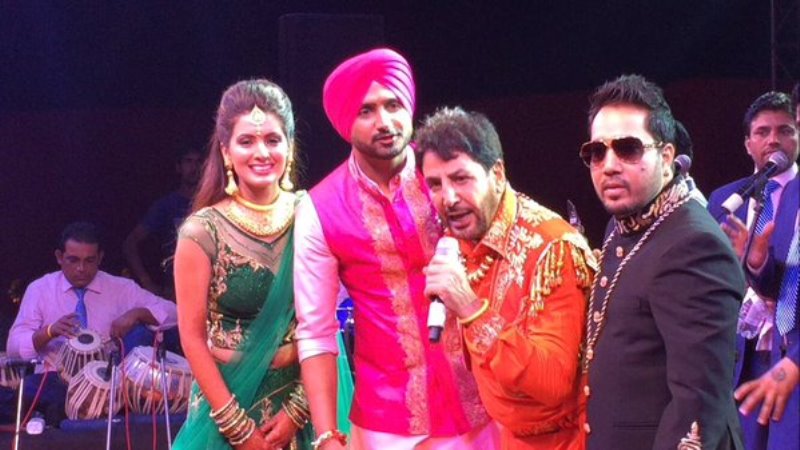 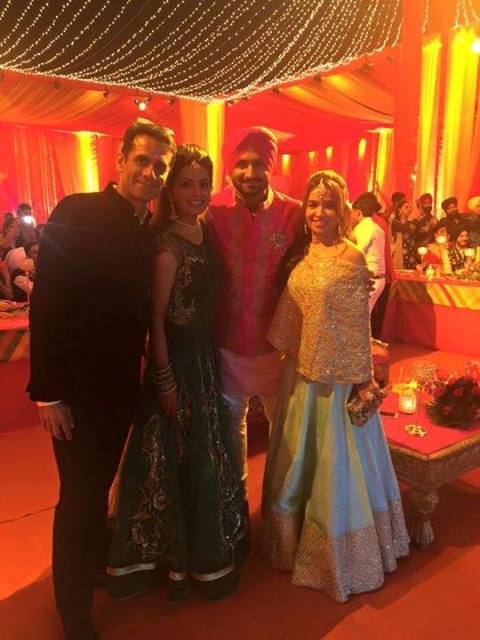 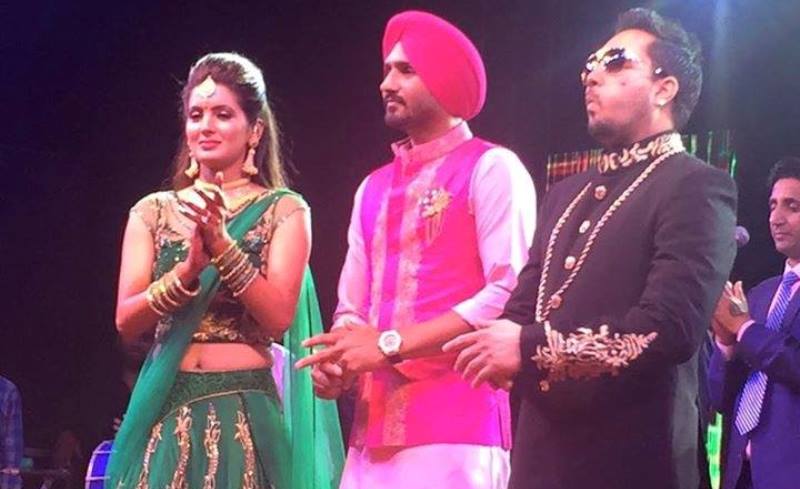 What’s more, the outfits that the bride and groom are going to be wearing for the big ceremony tomorrow have been styled by ace designer Archana Kochhar.

“Geeta wanted an extremely traditional look for all the important occasions, so we decided to go for lehengas, attached dupatta and a crop-top blouse with an Indian work on it. Geeta was specific about her colors.” 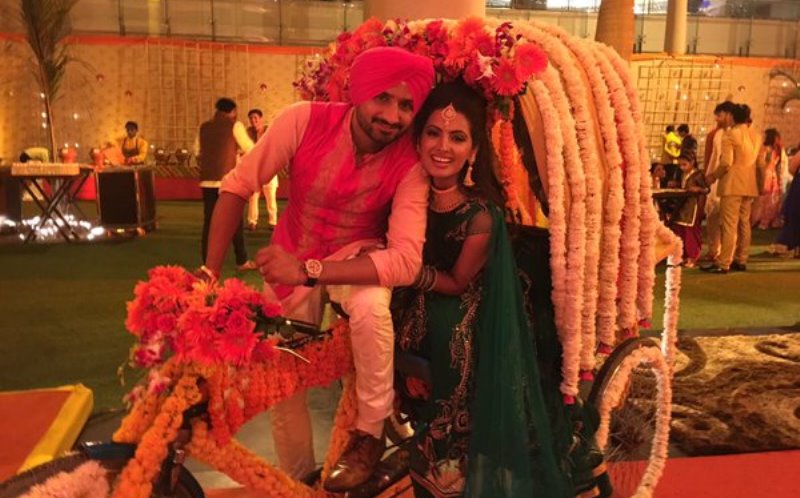 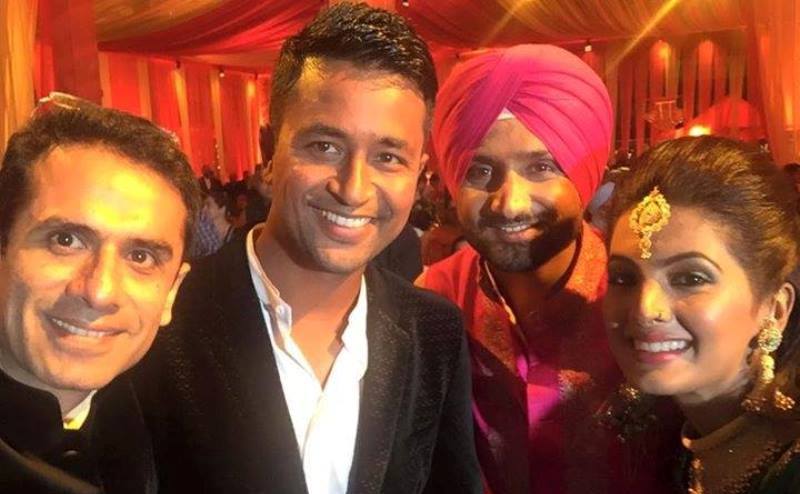 “The wedding lehenga will be in traditional red-and-gold combination accessorized by a ‘nath,’ a ‘matha patti,’ and a ‘tikka’ with a beautiful head dupatta to complete the ensemble. The reception lehenga will be in electric blue color with mirror work and sequins.” 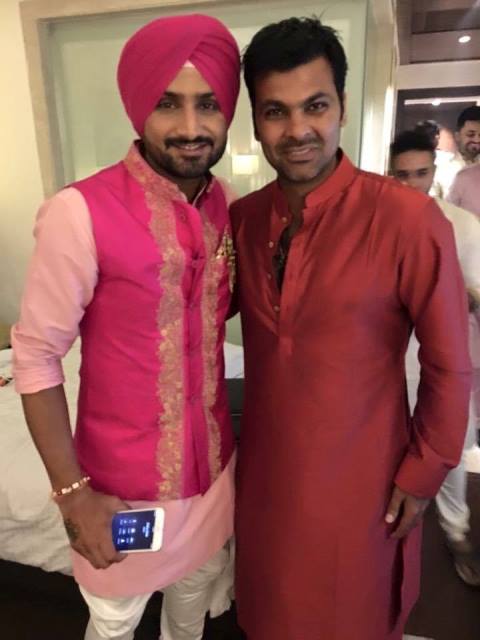 “Harbhajan’s brief was classic and simple. An off-white self-on-self embroidered sherwani with an ornate red sword is designed for Harbhajan Singh, who very keenly took part in the selection of his outfits. For the Gurudwara, he will sport an achkan with breeches or churidaar, and a turban.” 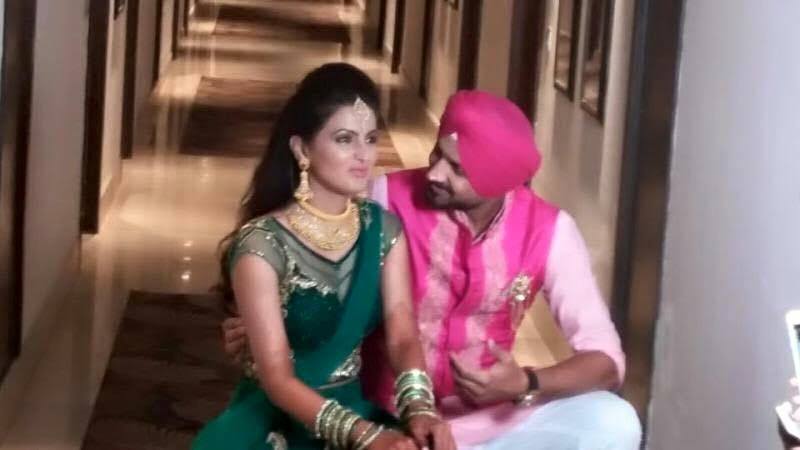 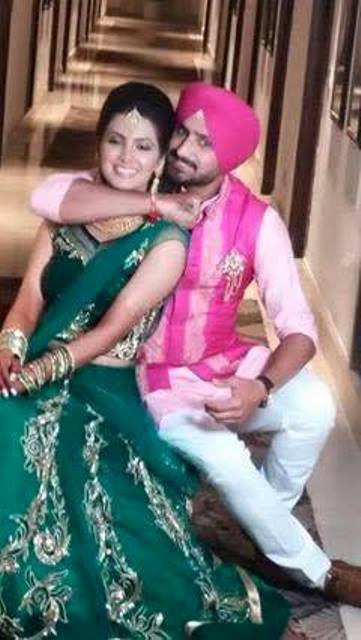 That’s about the couple’s wedding attire. What of their jewelry, you wonder? Narayan Jewellers Ketan and Jatin Chokshi of Vadodara, who are renowned for their work, have designed the jewelry for the wedding and all related ceremonies. 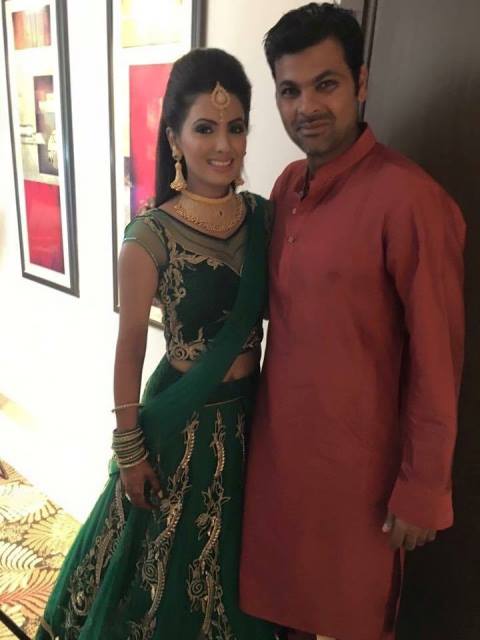 With the couple all geared up for tomorrow’s big event, there’s only thing that we need to do – bring you the details as and when the ceremony happens! Till the, adios!