Biggest hookups on Bigg Boss in the last 8 seasons

Of Bigg Makes and Bigger Breaks: Couples from the Bigg Boss house

Bigg Boss has always soared high on TRPs. And why would it not – given all the canoodling, kissing, and steamy PDA amidst the equally amusing series of catfights, melodrama, and slang showers. While the ‘baap’ of all reality shows continues to amuse audiences with its increasingly-intriguing string of hot and hot-t-errr controversies in Bigg Boss Season 8, the paid Cupid (Bigg Boss’ talented scriptwriter) unerringly persists in his role of bringing the best of the house’s inmates together through inked love arrows! And whilst there is no denying that most of these romances that blossom in the house are scripted and die their inevitable deaths right after the cameras stop rolling, there have been a handful that have managed to transform the reel-gimmick into a real romance. 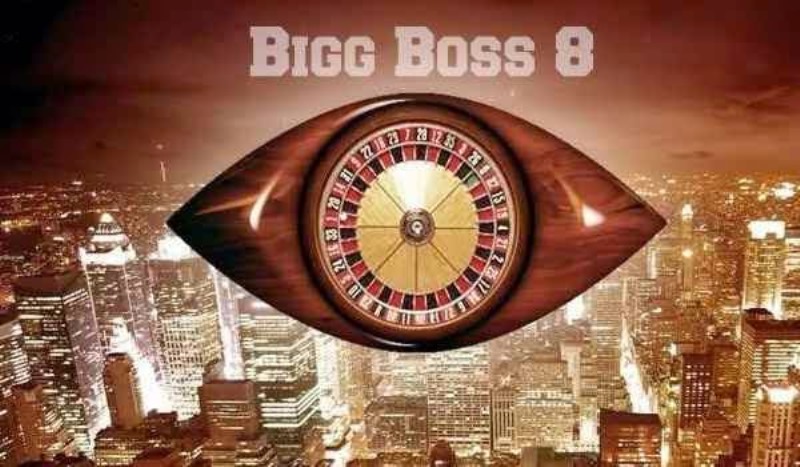 For a show that manages to titillate an entire nation’s voyeuristic fetish in just the right way, we have managed to distill the ‘love potion’ from the venomous spew of invectives that floods the screen each year. Here’s a look at the couples who drank from the potion (at Bigg Boss’ behest or otherwise) on the various seasons: 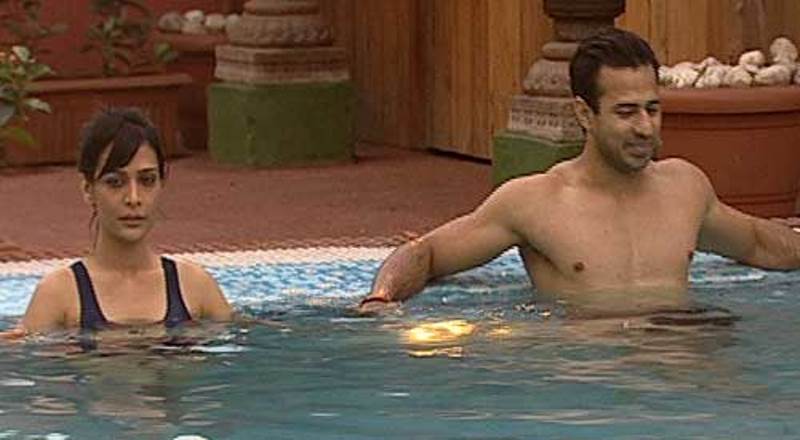 Season 1 brought the model-actors Anupama Verma and Aryan Vaid closer. An avalanche of hugs, kisses, and cozy camera action later, Aryan was evicted and  another avalanche of tears followed. When Anupama got evicted a li’l later, Aryan came to receive his lady love. A few months in real life made the couple call it quits without specifying any reason. 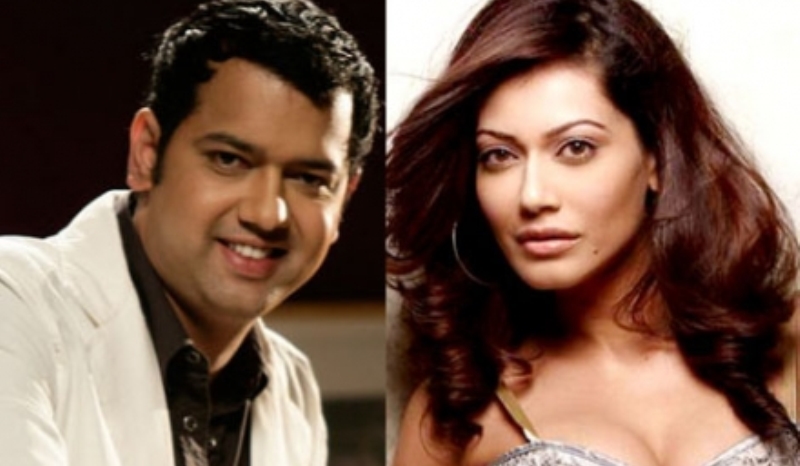 Season 2 saw the emergence of two couples that involved the same man! And if that weren’t enough to get the rumor mills and TRPs in hyperactive mode, the man Bigg Boss chose was Rahul Mahajan! TWO women attracted to Rahul?!? And they say, nothing’s wrong with the world!! 😛 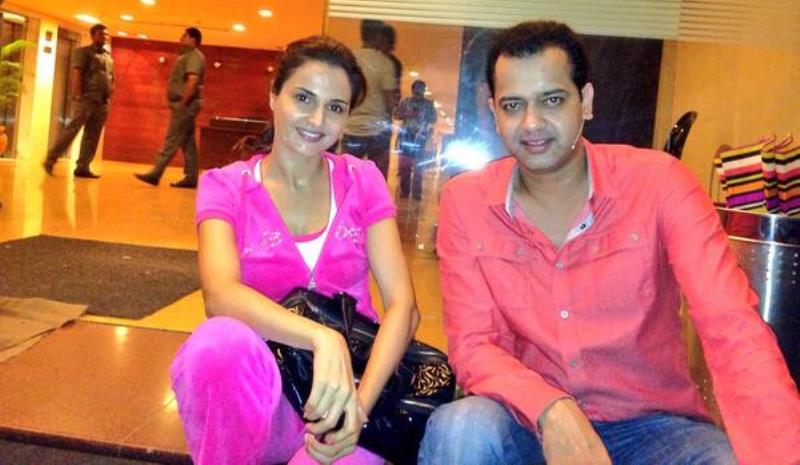 While Rahul was seen acting masseur and splishing-splashing in the pool with Payal Rohatgi during the initial period, he shifted loyalties to Monica Bedi a few weeks later and even popped a marriage proposal to her. An ‘attractive’ proposition we are glad she refused! Of course, the Rahul-Payal romance died a natural death soon after and Rahul married Dimpy courtesy Colors’ huge investment in finding the poor little rich guy a bride. Payal Rohatgi is now engaged to wrestler Sangram Singh. 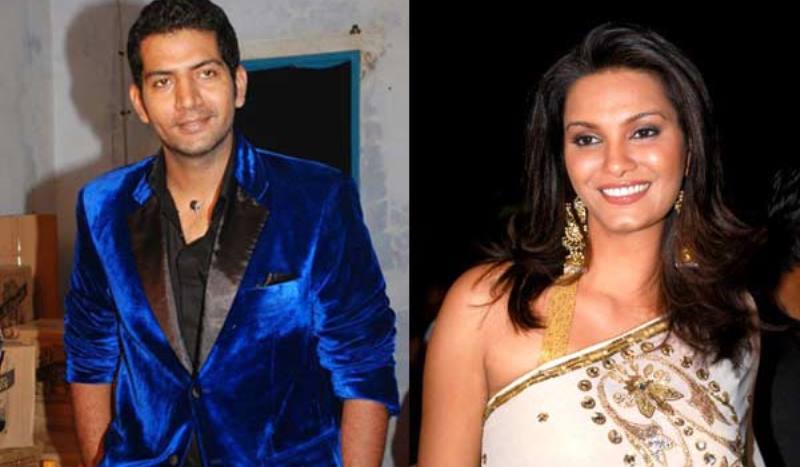 Diana Hayden and Ashutosh Kaushik- Diana and Ashutosh were also seen getting cozy in Season 2 and their chemistry was quite refreshing to watch. Unlike the other high-on-drama love sagas on the show, this couple seemed genuinely attracted to each other. Sadly, nothing substantial materialized post end of season.

Claudia and Pravesh- No hugging, kissing or getting up close and personal on camera, but their chemistry was certainly visible on-screen, even though the show-makers didn’t really cash in on it.  Mr. India Pravesh Rana and the Polish-German model Claudia Ciesla were seen to be quite fond of each other and enjoyed each other’s company. However, nothing was heard of them after they got out of the mad-house! That’s some E-atyachaar on their fans, isn’t it? 😛 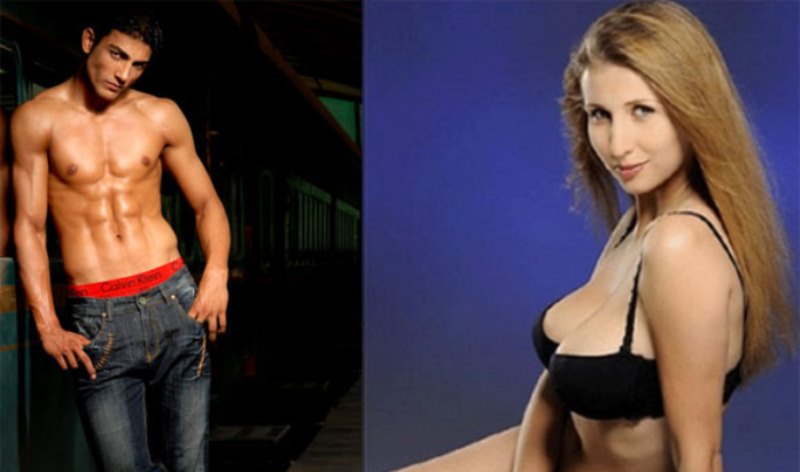 Interestingly, Kamaal R Khan aka KRK too had a crush on the charming Claudia and went on a hunger strike until Claudia reciprocated his feelings. He was soon caught eating in the kitchen when the house’s inmates were thought to be fast asleep! KRK, KRK!! :/

Season 4: The Ashmit-Sara-Veena love triangle made a quadrilateral by surprise entry Ali Merchant 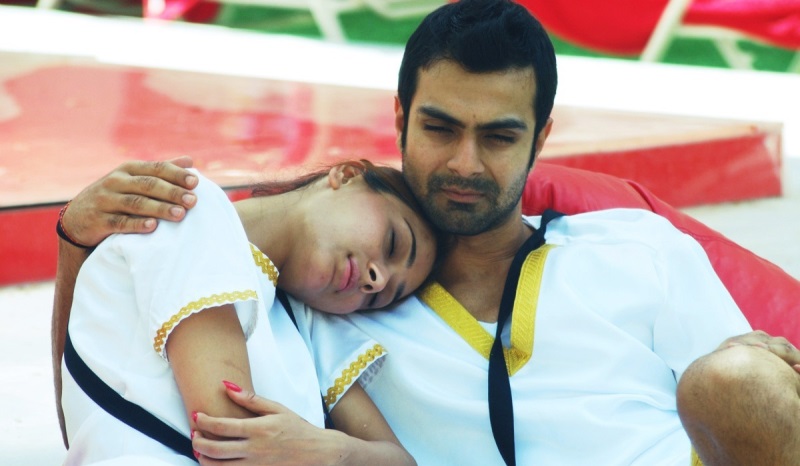 This season gave the nation the most interesting and entertaining scoops of louveeeee! While Ashmit Patel and Sara Khan were seen romancing on the sets since the show started, Ashmit swiftly shifted gears to the Veena Malik-highway after Sara was evicted. Veena and Ashmit grabbed headlines and made the TRPs soar with their nauseating PDA but couldn’t keep the heat revving after the show ended. 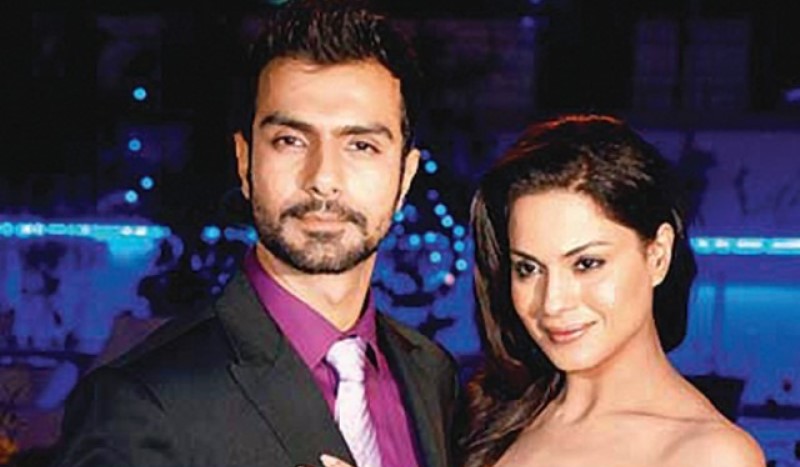 Funnily enough, when Sara was brought back into the Bigg Boss house, she started referring to Ashmit as her brother!! Interestingly this ‘Kyunkii bhai bhi kabhi bf tha’ saga took a more interesting (or inane?) turn when Sara’s ex Ali Merchant was brought in and popped a marriage proposal! Sara and Ali were married in the Bigg Boss house itself. As it turns out, the couple has admitted to the vows being taken under the massive ‘duress’ of being fed INR 50L each to play along.

Season 5: The wild affairs of the wild card entries

On the premier day, Shakti Kapoor entered the house with twelve ladies and a transgender! So, it was rather difficult for the audiences to expect ‘love in the air’ on this particular season, save for some lesbian love, if at all! However, the show-makers decided to bring in the wild romps that the audiences so loved with the wild card entries. And thus, it all began. 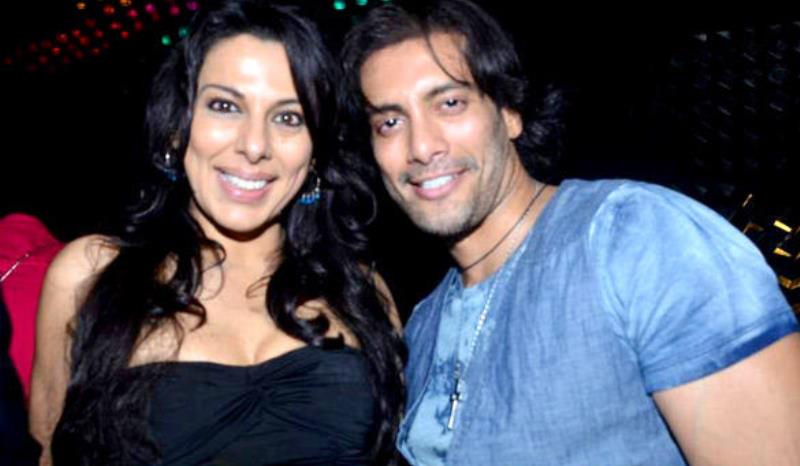 Akashdeep Saigal aka Sky was seen getting up-and-close with Pooja Bedi on the show. They hit it off as soon as they were in the house and remain one of those rare Bigg Boss couples who are still going strong. The couple is reportedly living-in and the tall and handsome hunk sports a tattoo of his ladylove’s name on his bicep.

Mahek Chahal and Danish Khan also got engaged in the house, but couldn’t stand the test of time.

Season 6: The who’s with who confusion 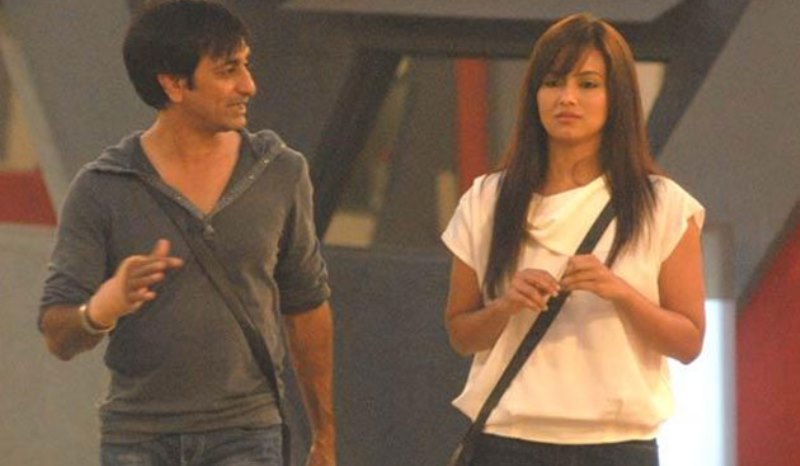 Another entertaining season that got the TRPs shooting through the roof, this one saw quite a few couples hitting it off. While Rajeev Paul and Sana Khan remained the most talked-about item of the season, Sana moved on in the latter half of the season and was seen getting comfortable and cozy with wild card entrant Vishal Karwal. 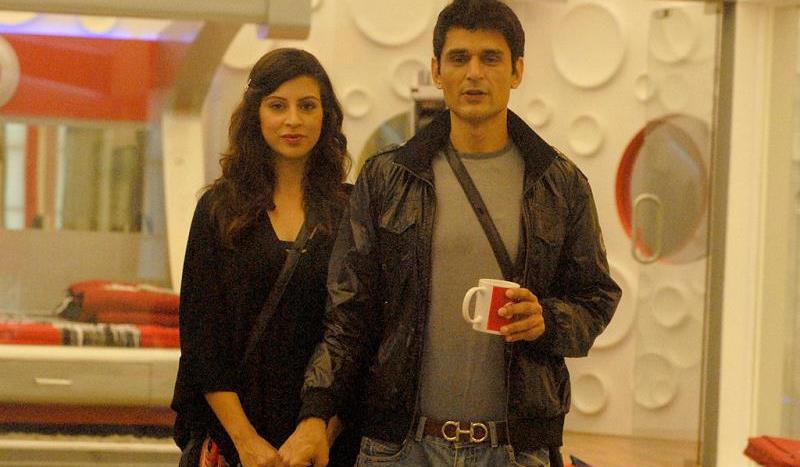 However, this romantic connection was nipped in the bud when Vishal slowly and steadily worked his way into the arms of Karishma Kotak. Interestingly, Karishma was believed to be involved with Niketan Madhok when the season started! So, there you go: Sana and Rajeev (still ‘good friends’), Sana and Vishal (nothing in there), Karishma and Niketan (splitsville in the season itself) and Karishma and Vishal (still going strong!). Phew, I hope I got that right! 😛 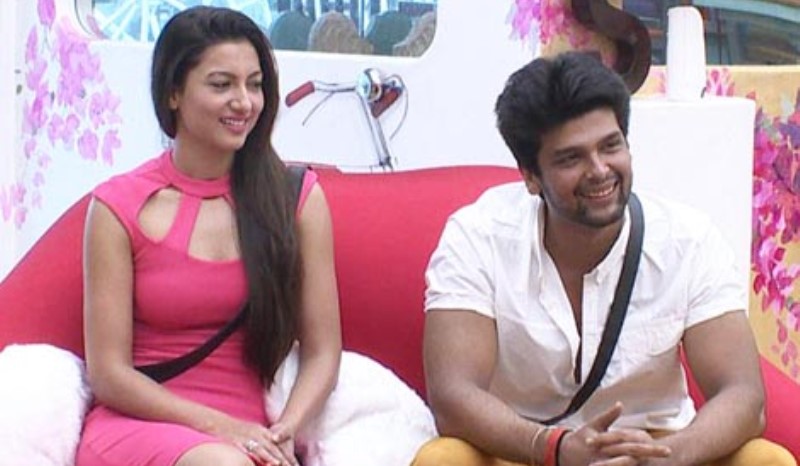 While Gauhar Khan and Kushal Tandon had a sizzling love story, Tanisha Mukherji and Armaan Kohli kept it all away from the arc lights (well, they tried to, until about mid-season!). While the former couple was seen spending all their waking hours together, speaking in a language that only they understood and making public proclamations of their love (Kushal mentioning that he wanted to grow old with Gauhar), the latter couple seemed to have fallen on the wayside for most of the initial period. 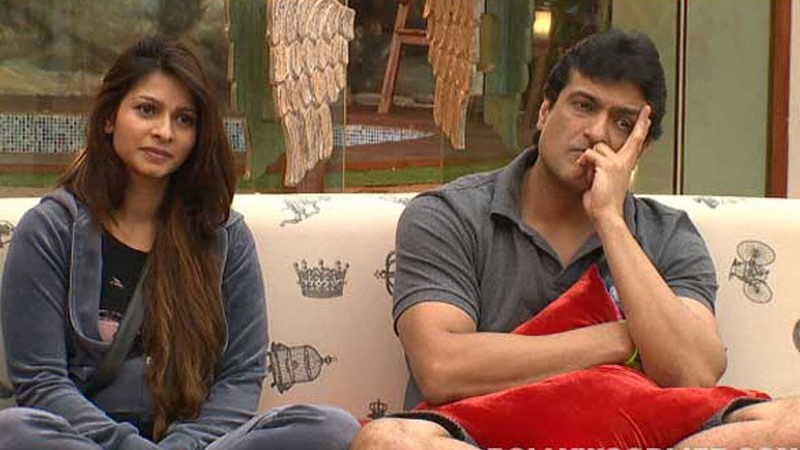 A part of the reason was Armaan’s volatile temper, abusive tendencies, and Tanisha’s refusal to rebel against his boorish nature, despite being at the receiving end of his outbursts. A few cozy captures by the cameras (when they took time off Gaushal, that is!) was what it took to bring TanMan’s love story into the limelight. Both couples remained together for a little over nine months after the season ended before calling it off.

Season 8: This season has seen more tussles than love! 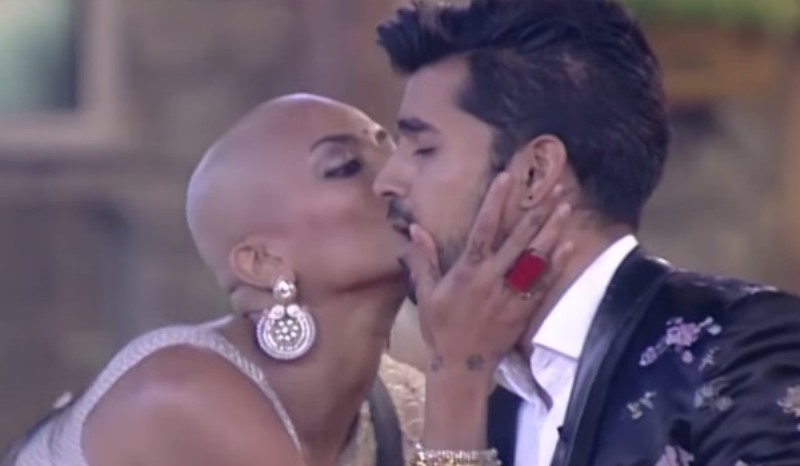 It hardly comes as a surprise then that the show is experiencing dipping TRPs. No wonder then that a few contestants have been locked behind bathroom doors to rev up the heat, and of course, the TRPs. While Diandra Soares and Gautam Gulati’s liplock and bathroom rendezvous were hard to miss, the lad has also been seen rekindling an old romance with Sonali Raut. Diandra has been recently evicted from the house under pressing rumors about a possible pregnancy. She has denied the same but her tweets about GG’s ‘Ohhh absolutelyyyyyyyyy!’ genuine feelings for her show she is open to working things out! OKAYYYYYYYY we say! 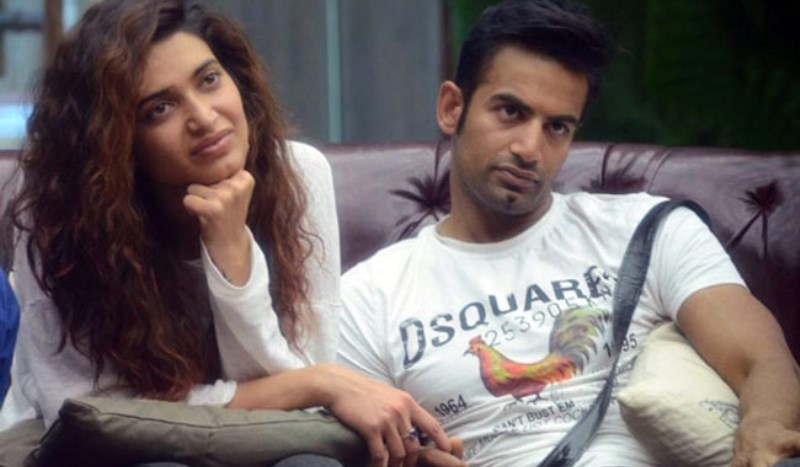 Also, Karishma Tanna and Upen Patel have been very comfortable with each other since the beginning of the show. If sources are to be believed, Upen is really possessive about the tall, leggy lass of television, and throws tantrums if he finds KT getting too comfortable with the other inmates of the house. We don’t know what to say’ bout that!

As for any more love, things shall surely spice up once the wild card entrants – Rahul Mahajan (Dimpy’s abusive husband), Sambhavna Seth, Mahek Chahal and Ajaz Khan along with a surprise entry get locked into the house for the ‘Bigg Boss Halla Bol’ series being hosted by Farah Khan. Well, we are glued! 😛

Those are the lovebirds Bigg Boss gave wings to (and maybe clipped too, after the end of the season!). If there are any that have caught your fancy, feel free to let us know in the comments. J

Article Name
Biggest Bigg Boss hookups from all seasons
Author
Sejal Parikh
Description
Love it or hate it, Bigg Boss is here to stay. Amidst all the purported linkups and breakups, here's a look at all the couples from season 1 to season 8.